BERLINALE 2016 Out of competition

News from Planet Mars: A flaw in the system

18/02/2016 - BERLIN 2016: Dominik Moll recycles his fondness for anxiety-inducing atmospheres with intelligence and humour in an off-the-wall comedy with brilliant performances

Very much at ease in unsettling worlds, Dominik Moll is also a filmmaker that likes to explore new territory. After his more or less irrational psychological thrillers (Harry, He’s Here to Help and Lemming [+see also:
trailer
film profile]) and his dark period film (The Monk [+see also:
film review
trailer
film profile]), he threw himself into comedy with News from Planet Mars [+see also:
trailer
film profile], which was unveiled in the official out-of-competition selection of the 66th Berlin Film Festival. And this foray into a rather unexpected genre on the part of a director we all thought was more fond of making his audience shiver with fear than burst out laughing, is a success. As without sacrificing the intelligence of the content and his sharp perception of the state of the Western world (the lack of human relationships, the loneliness of companies’ “toy soldiers”, environmental concerns, the difficulties of educating children, the anxiety-producing tone of the media, etc.), Dominik Moll develops a plot that is playful (with a screenplay co-written by Gilles Marchand) and ingeniously entertaining around the classic subject of a “serious” man led by a chaotic character into a series of events that have a snowball effect and end up changing him profoundly.

"I just feel a bit out of touch" confesses Philippe Mars (François Damiens), a run of the mill forty-something IT specialist who is full of good intentions. He’s also the divorced father of two teenagers, whose journalist mother leaves him with to go and cover a marathon crisis summit in Brussels. At work, Philippe is forced to share a vast open plan desert with Jérôme (Vincent Macaigne), a colleague who is clearly disturbed and ends up losing it and accidentally injuring Philippe (a meat cleaver goes flying and chops off his ear!). And at home, things aren’t much easier with his children, as Grégoire is a diehard vegetarian ("for as long as we continue to eat animals, there will be wars") and receives risqué text messages from a very young girl at his school, and Sarah is obsessed with her school work, the future and money, and forever has her kindly father on the ropes with comments like "you’re living in the 20th century”, “you’re a loser” and “what planet are you on?”.

Things get worse when Philippe accepts, out of the kindness of his heart, to give the disturbed Jérôme, who has escaped from his psychiatric hospital, a bed for a night. Then a load of frogs that Grégoire has saved from being dissected show up, along with a completely unhinged women from the psychiatric hospital (Veerle Baetens) who can’t stand physical contact and who Jérôme has fallen in love with, un unwelcome dog, and animal rights activists complete with explosives. Not forgetting an elderly Gaullist neighbour, the ghosts of Philippe’s parents giving him advice on how to be happy, and the dreams the protagonist has of being a weightless cosmonaut. In short, pandemonium takes hold of the Mars family on a planet Earth that isn’t doing too well itself.

Playing with variations of comedy around the theme of communication problems with relish (like in the iconic scene where the father desperately tries to get his children interested in a film by the Marx Brothers), Dominik Moll brings us a comedy that respects the specifications of the genre, with a (light and implicitly constructed) portrait of the karmic confrontation of a man with his overly reasonable existence in a slightly barmy twilight society in which the notion of progress is questionable. A portrayal not unlike a slightly warped nightmare (a feeling that is amplified by the very nocturnal character of the film sculpted by director of photography Jean-François Hensgens) with some golden roles for its outstanding main actors.

Produced by Diaphana (which will distribute the film in France on 9 March), News from Planet Mars was co-produced by France 3 Cinéma and Belgian company Artémis. Sales will be handled by Memento Films International.

more about: News from Planet Mars

Commissioned by ARTE, the mini-series deals with the migration crisis in Europe as seen from different perspectives, and is set in Germany, France and Greece

The cast includes Vanessa Paradis, Vincent Macaigne and Bouli Lanners; the film is being produced by A Single Man and Maje, and will be sold by Films Boutique

The Appointment with New French Cinema returns to Italy 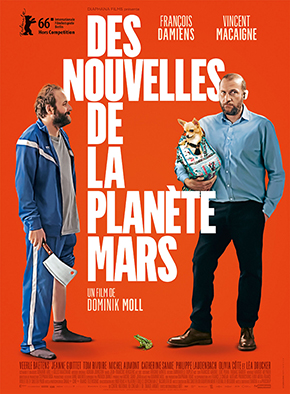 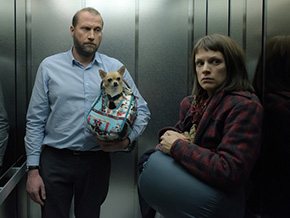 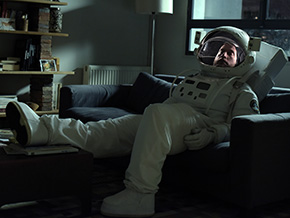 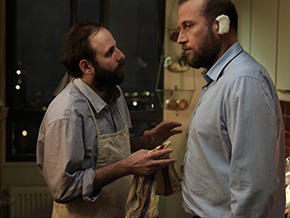 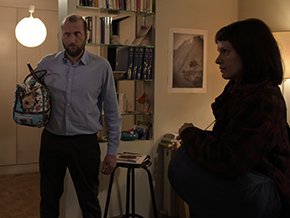