16/03/2016 - The winner of the Audience Award at Rotterdam, the director’s remarkable and galvanising second feature film hits French theatres today, under the distribution of Pyramide

"I really don’t want anything, which is a requirement; To really be nothing, is perhaps a chance". Belted out the members of the travelling theatre troupe at the centre of the thrilling Ogres [+see also:
trailer
film profile] by Léa Fehner, these lyrics to an original song written for the film pretty much sum up the spirit of unbridled freedom that runs through this literally dazzling piece, a brilliant highly-charged portrait, both tender and cruel, of a small artistic community.

The film paints a colourful, frantic, moving and booming picture, which swings from one excess to another, from high-speed car chases with plenty of honking thrown in to epic breaks in the no man’s land of service stations, from heart attacks to carnal impulses, from street parades to evening performances (Checkhov Cabaret), from drinking around the tent to hangovers and tidying up the day after the party, with wounds of the past twisting into the emotions of the present, and the everyday material concerns of the troupe under the at times corrosive influence of old friendships, without forgetting a punch-up, an impromptu birth, insults and sweet nothings, stubborn dreams and disappointments to be overcome: fuelled by the group, the exhilarating life of an artist is not exactly a walk in the park!

The intensity of their happiness and drama, their passion for theatre that contaminates every waking moment of their lives, their all-consuming appetite for human interaction, with strong egos rubbing shoulders for better or for worse, are all things that the director is intimately familiar with, having spent her childhood with a travelling theatre troupe founded by her father François Fehner, who plays the part of the leader, director and actor, driving force behind and consoler of the Davï Theatre, a troupe of fifteen or so artists on tour around small towns in France. But within this bubbling microcosm, individual crises, in particular marital crises, and the tragic events that accompany the passage of time, shake the group to its core, in a public and often cruel display of feelings ("your desires have shrivelled up"). After all, "if you want to break the rules, you have to pay the price."

Masterfully directed in a whirlwind without slack in which the camera dances around its characters (thanks to talented director of photography Julien Poupard), and gives each of its many performers a real identity that they take hold of with enthusiasm (with a special mention to Marc Barbé, Adèle Haenel, Marion Bouvarel and Lola Dueñas), Ogres
confirms the clearly extraordinary potential clearly shown in Léa Fehner’s debut feature film, Silent Voices [+see also:
film review
trailer
interview: Qu'un seul tienne et les au…
film profile] (unveiled at Venice Days in 2009 and the winner of the Louis Delluc Prize for Best First Film). Gifted with a profound sense of humanity and what’s real, the filmmaker has the gift of transcendence, and her boldness promises her a fascinating future in film.

Produced by Philippe Liégeois for Bus Films, Ogres is being released in France and sold internationally by Pyramide.

Sara Giraudeau, Benjamin Lavernhe, Judith Chemla and Damien Bonnard star in the cast of the filmmaker’s first feature, which is produced by Epithète Films and sold by Pyramide 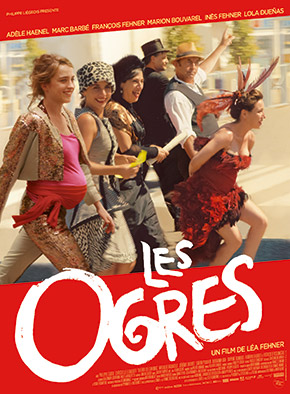 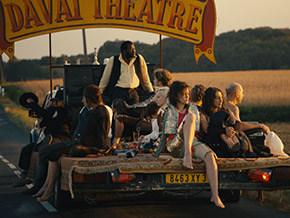 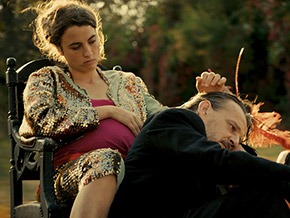 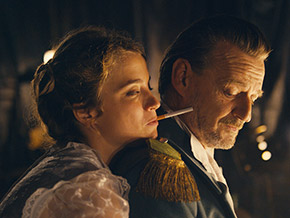 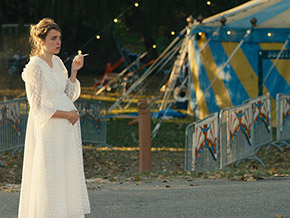