24/03/2016 - Massimo Gaudioso directs a comedy on being true to your roots, a remake of Canadian film Seducing Doctor Lewis set in the Lucanian Dolimites, starring Fabio Volo and Silvio Orlando

A doctor from Milan is relocated to a small town in Basilicata where, after the initial culture shock, he learns to appreciate the simple way of life and real values. It would be like a new version of Benvenuti al Sud [+see also:
film review
trailer
film profile], were it not for the fact that the inhabitants of the town in question actually have very little. Indeed, it is around a big scam that Un paese quasi perfetto [+see also:
trailer
film profile] by Massimo Gaudioso (who was the screenwriter for Benvenuti al Sud and all of Matteo Garrone’s films) revolves: a scam by the inhabitants of Pietramezzana, an imaginary town in the Lucanian Dolimites, to save its identity.

A remake of a Canadian film from 2003, Seducing Doctor Lewis, Gaudioso’s film casts Silvio Orlando as a stirrer of the people who, sick of getting by on redundancy payments, is willing to do anything to have a factory opened in his town and not have to look for a job in the city. But without a doctor, there can be no factory. So his character, Domenico, involves the entire community to make sure that Dr. Gianluca Terragni (Fabio Volo), a plastic surgeon from Milan called to the town against his will for a trial period, stays in Pietramezzana forever. The doctor likes cricket? Ok, everyone in front of the TV to pretend you’re fans of this mysterious sport. The doctor likes sushi? Someone find some fish and rice, we’ll throw something together. Banknotes scattered around the streets and the beautiful barmaid Anna (Miriam Leone) are further forms of bait set to ensnare the doctor. But to what extent is it legitimate to pretend without losing your dignity?

Un paese quasi perfetto broaches the topical and dramatic issue of people losing their jobs with an ironic, almost fairy-tale tone, “with a style that’s intentionally a bit old, almost simple, even in the acting”, said Gaudioso, who modelled the film on The Band of Honest Men, Bread, Love and Dreams and I soliti ignoti. A comedy that, despite having some weaknesses, has good direction, the charm of a forgotten world and the spontaneity of the actors (as well as the protagonists, Carlo Buccirosso and Nando Paone, the film features a good cast of local amateur actors) on its side. The film hits Italian cinemas today, 24 March, in 380 copies with 01.

The fifth edition of the Festival will be held between 9 and 19 June. It will be opened by box office champion Quo vado? and closed by Correspondence by Giuseppe Tornatore

A group of parents decides to kidnap and bring their children, who have emigrated abroad, back to Italy in this surreal comedy directed by Maurizio Losi, screened in the Nuove proposte section at Bari

Massimo Gaudioso directs a comedy on being true to your roots, a remake of Canadian film Seducing Doctor Lewis set in the Lucanian Dolimites, starring Fabio Volo and Silvio Orlando 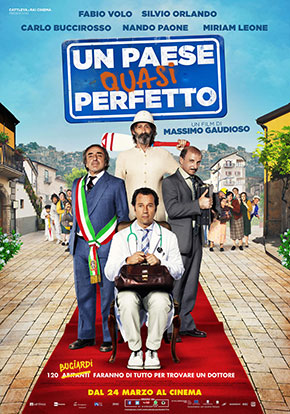 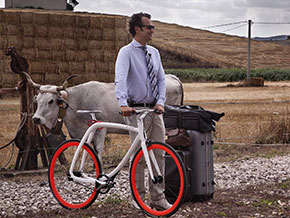 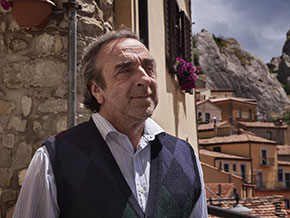 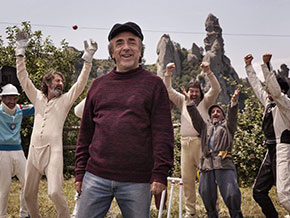