Italian Race: Stefano Accorsi as you’ve never seen him before

01/04/2016 - Matteo Rovere’s new film, which is set in the world of motor racing, really puts the actor from Bologna to the test

“I’m a hopeless case, and there aren’t many actual hopeless cases around these days”. With long dirty hair, a gaunt face, a lost gaze and yellow teeth, it is in the unprecedented role of a destitute drug addict that Stefano Accorsi is presented to us in Matteo Rovere’s new film Italian Race [+see also:
trailer
interview: Matilda De Angelis
interview: Matteo Rovere
film profile], his third after Un gioco da ragazze [+see also:
trailer
film profile] and Drifters [+see also:
trailer
film profile]. This is an Accorsi that you don’t expect, with a strong Emilian accent (where he’s originally from) and a crack pipe in hand, he’s the heart and soul of film that is just as unusual in Italian film of late, which – with films such as They Call Me Jeeg [+see also:
film review
trailer
making of
interview: Gabriele Mainetti
film profile], and even before that with I Can Quit Whenever I Want [+see also:
film review
trailer
interview: Sydney Sibilia
film profile], which Rovere produced – is full of pleasant surprises and new especially promising talent.

A young motor racing championess and former glory fallen into disgrace, the adrenaline of high-speed races and a broken family are the ingredients of this film, produced by Fandango with Rai Cinema, which mixes action and emotion and plunges the viewer into the world of GT (Gran Turismo) racing, following the preparation, training and visceral passion that goes into a race, but is also about survival, pride, redemption and inescapable family ties.

The film is set in Imola, Bologna. Giulia De Martino (played by new face Matilda De Angelis), is 17-years-old, 49 kilos of nerves and dedication, and carries the weight of her family, or what’s left of it, on her shoulders. Her mother has left, and when her father dies, it is up to her to look after her little brother (Giulio Pugnaghi) who never laughs, and the family garage, which has been turning out rally champions for generations. Overwhelmed with debt, Giulia, who’s a promising racing driver herself, must win the GT championships at all costs to save the house she lives in. To do this she must put together a team, whether she likes it or not, with her brother Loris (Accorsi), a former driver who has become totally unreliable since falling into the spiral of drugs, but has an undeniable talent and instinct for cars that will help the young championess to clinch victory.

Based on a true story, Italian Race portrays talent and deterioration, competition and toxic love (the love between Loris and Annarella, played by Roberta Mattei) in a way that is both accurate and realistic. The scenes on the track, all of which were filmed live without the use of any special effects, are as good as those you see in big international productions. Once again, the Italian road to genre is paved with emotion and humanity, the action is supported by nuanced and fragile characters (like Gabriele Mainetti’s superheroes), and the driving force of the story is desperation. We applaud this new Italian film which thinks outside the box and features a performance by Accorsi that will certainly not be overlooked at the next national film awards.

Italian Race will be released from 7 April in 300 cinemas by 01, after its premiere at the Bif&st in Bari on 4 April. Rovere’s film has been chosen for this year’s third edition of “Adotta un film”, an initiative by 01 Distribution and Rai Cinema to support young Italian directors in collaboration with the Uci Cinemas and The Space Cinema circuits.

Bridging the Dragon chatted to Li Xinran, partner and producer at Lian Ray Pictures, the leading Chinese industry conglomerate behind a raft of commercial blockbusters

Shooting on Claudio Noce’s new film, a Lungta Film, PKO and Tendercapital production distributed by Vision Distribution and based upon true events, is underway in Calabria

Sydney Sibilia on the set of Rose Island

After the hugely successful I Can Quit Whenever I Want trilogy, the director is back with a Netflix Original film produced by Groenlandia and starring Elio Germano

Leonardo D'Agostini’s debut film starring Stefano Accorsi and Andrea Carpenzano is a compelling story about friendship set in the world of professional, millionaire footballers in Italy 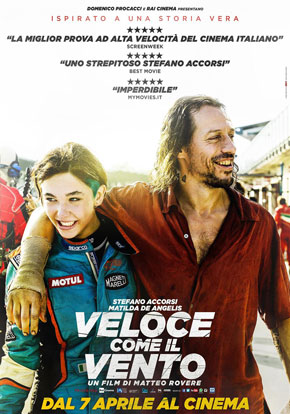 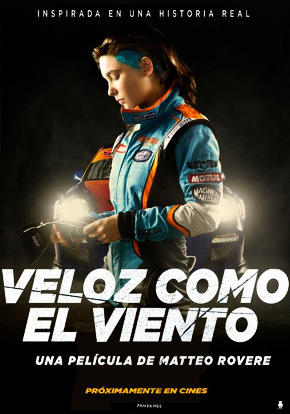 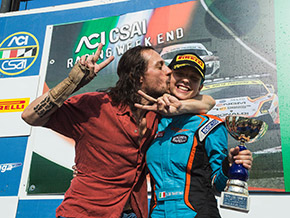