Mariupolis: The minor inconvenience of war

20/04/2016 - After premiering at Berlin, Mantas Kvedaravicius’ documentary begins to make waves on the festival circuit and is currently screening at Visions du réel

There’s a moment in Mariupolis [+see also:
trailer
interview: Mantas Kvedaravicius
film profile] (the title refers to the Greek name for the city), now showing at the Visions de réel Festival in Nyon, where tram drivers wonder about their work hours for the next day. “Don’t worry; there’ll be a second shift,” they decide. “They have promised not to bomb.” For the citizens of Mariupol, the destructive power of a bomb lies in its ability to disrupt schedules more than it does in its potential to turn buildings to rubble.

The Ukrainian city of Mariupol lies a few miles away from the disputed territory of Donetsk, and the constant threat of fighting between pro-Russian separatists and Ukrainian nationalists hangs heavy over the city. But in this documentary, Lithuanian director Mantas Kvedaravicius (whose film Barzakh proved a popular hit on the festival circuit) does not focus on those ready to “fight the good fight”. Instead, he follows the population of a city for whom it is mainly business as usual. People practise for concerts and go to work. One person finds himself in court for fishing with an illegal spider net. The veneer of real life continues to shine, even in the most threatening of circumstances.

Kvedaravicius reveals a people partly in denial and partly resolute in stoicism about what may befall them. This paradox between life-changing events and the minutiae of existence brings a very human side that provides a stark contrast with the way in which such conflicts are presented by the media. This is not to say that Kvedaravicius completely ignores the front line and the politics of the situation: we see tense Victory Day celebrations and soldiers, with people angrily exchanging political views, whilst the troops are featured preparing for battle. But even then, the soldiers are eating their meals or using fridges to make barricades. Even on the front line of war, domesticity shines through.

Spare and thought-provoking, the film will undoubtedly prove a hit on the documentary circuit thanks to its timely subject and Kvedaravicius’ deft handling.

“I have faith in the residents of Mariupol”

Cineuropa talks to Lithuanian director Mantas Kvedaravicius, whose most recent documentary, Mariupolis, took home an award at Vilnius and is now showing at Visions du réel

CANNES 2022: Mantas Kvedaravičius died in Mariupol, but the footage he filmed has been salvaged and has now been presented at Cannes as a new feature-length documentary

The Lithuanian filmmaker died on 2 April as he was trying to leave the Ukrainian town of Mariupol, besieged by Russian forces

One day before it was initially planned to open, the Lithuanian gathering’s #StandWithUkraine programme will showcase Ukrainian movies while also boycotting Russian cinema 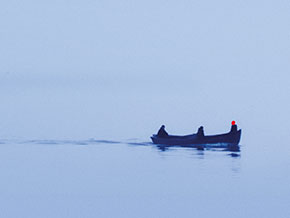 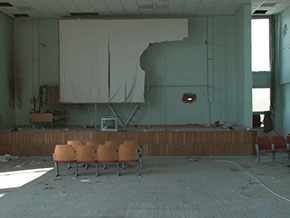 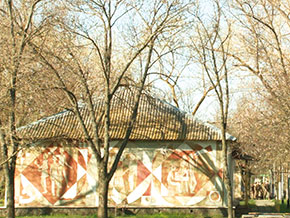