Wild Plants: The revolution starts from the ground up

20/04/2016 - This Swiss-German co-production by Nicolas Humbert, which had its world premiere in competition at Visions du réel, leads us by the hand into the heart of the Earth

The latest documentary by Nicolas Humbert, a co-production between Switzerland (Close Up Films)  and Germany (Leykauf Film), which had its world premiere in competition at Visions du réel, is a strong yet dreamlike portrayal of characters that resist: globalisation, indifference, superficiality and above all the destruction of the circle of life.

Balanced between idealism and conflict, the protagonists of Wild Plants [+see also:
trailer
film profile] want to build a better world, in which geographic and cultural borders fade away in the name of a common creed: nature. The key word, the driving force behind their micro revolution (with macro consequences) is the Earth, seen as a fundamental resource and universal food for the body and above all the spirit. A group of urban horticulturists in a post-industrial (or perhaps post-apocalyptic would be more accurate) Detroit – artistic gardener Maurice Maggi who, with his ecologically spiritual and rebellious spirit, has filled Zurich with magic, native American activist Milo Yellow Hair and his poetic yet resistant agricultural project, and innovative and rebellious Genevan cooperative Jardins de Cocagne – are the protagonists of a compassionate adventure that starts off as personal and ends as global.

With great respect and discretion, Nicolas Humbert brings us a series of moving and aesthetically sublime portrayals of this group of idealists. Their life philosophy is built on a return to nature, the source of everything, going against a consumer society that is out of control and has forced them to live in a state of collective empathy capable of overcoming geographic and cultural barriers. Nicolas Humbert uses film to capture this feeling of collective euphoria, of rural mysticism with ancestral undertones. The camera calmly films, with a poetic and sensorial rhythm, the everyday lives of these people who (intentionally) live on the margins of society, without dressing them up, in harmony with their personal rhythms of life. The characters express themselves with great precision and poise, in a sort of faraway trance, which we want to understand but remains magnificently mysterious. The flow of words, which pours forth in an elegant rhythm, is accompanied by majestic and intimate images.

The characters of Wild Plants offer us an alternative way of living in a community, one that is aware of the value of the Earth and the power of living side by side. The nighttime scenes, during which half-lit faces and nature seem to paradoxically become even brighter, add an extra layer of mystery to the documentary. The revolutionary farmers of Wild Plants seem protected by night, a time when the world finally temporarily goes on stand-by and the frenzied rhythm of everyday life slows down for a short while. Zeitblom’s music, experimental and dreamlike, grows and swells without haste, the perfect accompaniment for the pensive and reflective rhythm of the characters. Sounds, including footsteps, thunder, trains in the distance and birdsong, feature when the music and words take a break, as if to re-establish a natural balance that is not to be disturbed. Through Nicolas Humbert’s images, nature becomes a person in its own right, wild and rebellious. Nature is portrayed as a refuge and an alternative to a world that has lost its life-blood. A fascinating and aesthetically poetic film in which the beauty of little things is turned into poetry.

Wild Plants is being sold internationally by Close Up Films.

Copenhagen’s CPH:DOX: “a reflection, a comeback and a counter-attack”

Wild Plants: The revolution starts from the ground up

This Swiss-German co-production by Nicolas Humbert, which had its world premiere in competition at Visions du réel, leads us by the hand into the heart of the Earth 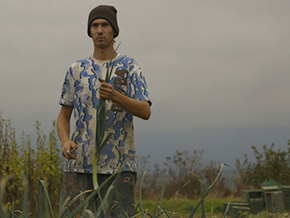 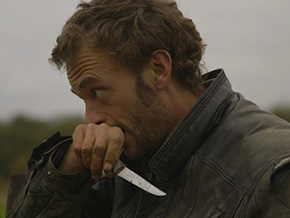