The Next Skin: secrets, snow-topped mountains and lies

29/04/2016 - Isaki Lacuesta and Isa Campo bring us a moving and dramatic thriller that keeps us guessing, with a conclusion that gives us answers that leave a mark

Álex Monner and Sergi López in The Next Skin

The Next Skin [+see also:
trailer
interview: Isa Campo, Isaki Lacuesta
film profile] is a film that leaves us with food for thought long after the credits finish rolling: after having their senses wowed, viewers will spend hours trying to digest, absorb and break down the different levels and piece together the puzzle to give meaning to the images, sounds and behaviour of the characters they’ve watched closely throughout the film, like a detective trying to find out who’s lying and why. This debut feature film by Catalan filmmakers Isaki Lacuesta and Isa(bel) Campo, a duo who have co-written a number of films recently, was shown in competition at the 19th Málaga Spanish Film Festival, where it was naturally highly anticipated, given the talent of its writers, who have already received several awards for their work. And they lived up to expectations: The Next Skin was welcomed by the press with great enthusiasm.

Midway between arthouse film and a piece that’s easy on the eyes, cinematographically-speaking the film takes place in a world on the border between a confused drama and a rural thriller. The film’s action also takes place on a border, the border between France and Spain, in a snow-covered village in the Pyrenees where the villagers speak in a form of dialect that mixes Catalan, French and Spanish. It’s a narrow-minded and closed-off place where everyone knows each other, although this doesn’t actually aid communication between neighbours.

The main character in The Next Skin is Leo (played by the ever-talented Alex Monner), a teenager who is placed in a centre for minors and can’t help but feel excited about what lies in store for him: at the age of 17, after being missing for eight years, he’s finally going to be reunited with his family, in particular his mother (Emma Suárez, in a role that shares elements in common with her role in Julieta [+see also:
film review
trailer
Q&A: Pedro Almodóvar
film profile]), who has never given up hope that she would one day find her child. Nonetheless, when the boy comes back to his village, accompanied by a guardian (Bruno Todeschini) to help him to adapt to his new life, none of the villagers believe that it really is Gabriel, the missing child who was found wearing the shirt of a famous Argentinian footballer playing for FC Barcelona, which earnt him the name Leo. Some people, like his uncle (Sergi López), think he’s an imposter.

From then on, the viewer is overwhelmed by the same doubts as the uncle. You have to wait for the end of the film for the whole truth to come out; before then, the film plays out on a minefield of doubt, whilst tackling issues such as traumas inherited from childhood, the need to love, and identity (to which the title alludes), in other words, the fact that human beings define themselves through memory, from what they recall and what they forget.

The Next Skin was written by the two directors with Fran Araújo, who joined the project at a time when it had already been in the making for years. The film was co-produced by Spain and Switzerland, by Corte y Confección de películas, La Termita Films, Sentido Films and Bord Cadre Films, with the participation of ICAA, ICEC, TV3 and Eurimages, and in collaboration with the Tourist Office of Aragon.

more about: The Next Skin

“We’ve been working together our entire lives”

Isa Campo and Isaki Lacuesta try their hand at a psychological thriller in their new venture, The Next Skin, a Spanish-Swiss co-production starring Emma Suárez, Álex Monner and Bruno Todeschini

"In the Basque Country, they still have a complex task ahead of them – that of learning to live together"

Reconciliation is the central theme of this taut political drama, directed by Icíar Bollaín and brought to life by an outstanding ensemble cast

Among the 101 works selected for young audiences, we find animated adventures and true stories, tales of love and friendship, films about war and docs on immigration 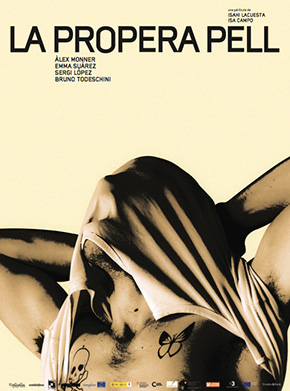 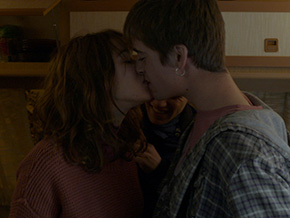 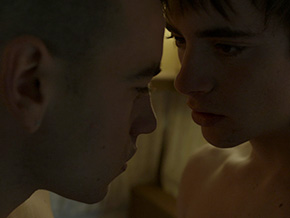 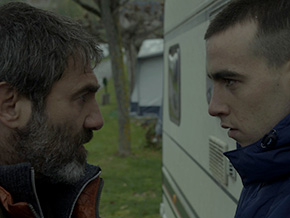 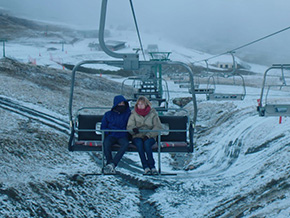 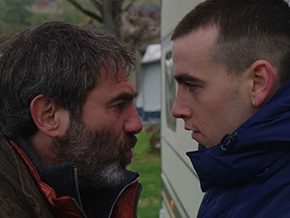