12/05/2016 - CANNES 2016: Mehmet Can Mertoglu’s debut feature is formally a very accomplished film that dissects the absurd vacuity of existence without compromise

With his debut feature film, Albüm [+see also:
trailer
interview: Mehmet Can Mertoglu
film profile], which is being shown in competition in Critics’ Week at the 69th Cannes Film Festival, young Turkish filmmaker Mehmet Can Mertoglu (27 years-old) has not chosen the easy road. His protagonists, Bahar (Şebnem Bozoklu) and  Cüneyt (Murat Kiliç), the Batihyaroglus, are not in any way glamorous heroes, nor scheming anti-heroes, just two unoriginal members of the middle-class who fill their time with lots of TV series for her and football matches for him, a pair whose only real pleasure in life seems to be eating. But this tax office official and history teacher have a secret which the director uses as a common thread to build, by simply looking in the mirror, a vitriol painting of the human condition in his country.

Skilfully introduced in a fairly mysterious way by the director, who generally likes to sprinkle his delicate narrative fabric with grey areas (a firm stance that is strengthened by multiple omissions and the terseness of the two main characters), this secret centres around a child. Indeed, Bahar and Cüneyt are looking to adopt in secret and make it look like they’re expecting a baby. "My fake tummy is itchy" complains the mother to be, who is bombarded with photos by her husband who is putting together an album containing as much proof as possible of her pregnancy. Hoping that Cüneyt’s tummy grows is perhaps part of their deceit, but it also seems that in Turkey infertility is seen as shameful. In any event, our two everyday conspirators throw themselves into visiting orphanages, a dream opportunity for the filmmaker to paint a caustic picture of the absurdity of triumphant bureaucracy, of the xenophobia (whilst looking at a baby: "- I don’t like it, - me neither, - would you say it’s Syrian or Kurdish?"), of the atmosphere of aggression where insults fly constantly in the absence of those concerned ("one idiot replaces another"), of round the clock complaints from a social class obsessed with material things and the costly schooling of the young generation, and of communication that is completely false whilst not being completely inexistent. A close observation that follows the trifling pre and post-adoption adventures of a couple that has no bad intentions, but embodies a form of stagnation and decline. All this is dissected with a meticulousness almost fitting of a documentary maker, penetrated by juts of humour in the vein of theatre of the absurd à la Ionesco.

Directed with great skill and, among other qualities, an acute sense of setting, a sophisticated composition of frames (with the invaluable help of Romanian director of photography Marius Panduru) and calmly controlled shots and sequences, Albüm brings us a filmmaker with a multitude of qualities. Nevertheless, the very nature of the film makes it impossible for us to empathise with the two protagonists and has almost a misanthropic feel, which limits the extent to which it can be considered an accomplished piece in its own way, with a somewhat artificial final culmination of events that leaves us feeling slightly sceptical. In spite of everything, Mehmet Can Mertoglu unarguably lives up to his potential and has already been blessed by the touch of some ‘good fairies’ as directors Calin Peter Netzer and Danis Tanovic are among the co-producers of his debut feature film (also supported by France) which is being sold internationally by The Match Factory.

"I neither hate nor sympathise with the characters"

CANNES 2016: Young Turkish filmmaker Mehmet Can Mertoglu talks about his debut feature, Albüm, which was unveiled in competition at Critics’ Week

EXCLUSIVE: Trailer for Robert Budina's A Shelter Among the Clouds

The Albanian director's second feature, starring Arben Bajraktaraj, will have its world premiere in the Official Selection of the Tallinn Black Nights Film Festival

Seville succumbs to the oddball humour of Bruno Dumont

Slack Bay scooped the top prize at the European Film Festival in the Andalusian capital, which will also host the presentation ceremony for the EFA awards in 2018

The Heart of Sarajevo goes to Albüm

Sarajevo announces its Competition Programmes and In Focus line-ups 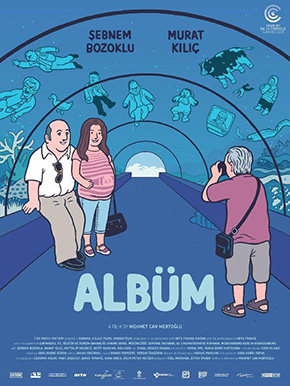 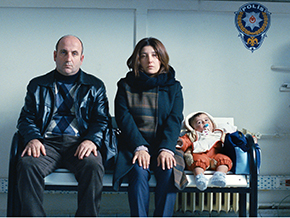 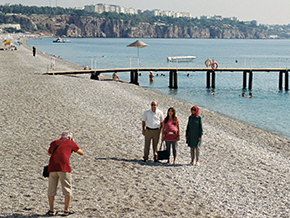