American Honey: The worm is in the fruit

It’s very rare to find contemporary European filmmakers who succeed in getting a lay of the land of the deepest part of America and their hidden inhabitants like British director Andrea Arnold has just about done brilliantly in her rousing piece American Honey [+see also:
trailer
Q&A: Andrea Arnold
film profile], which was unveiled in competition at this year’s Cannes Film Festival. It is by focusing on her strengths: her phenomenal proximity to and acute perception of the young working class of today (already demonstrated in Fish Tank [+see also:
film review
trailer
interview: Andrea Arnold
film profile], which won her her second Jury Prize at Cannes in 2009 after winning in 2006 with her debut feature, Red Road [+see also:
trailer
film profile]), that the director leads her exploration via a musically supercharged road movie that crosses Oklahoma, Kansas, Nebraska and Dakota. A journey into a small ad hoc community that brings together twelve kids in a minibus travelling from town to town. All of them have all just turned 18, have been left to their own devices and engage in a marginalised activity: the door-to-door sale of magazines. A micro-enterprise that Andrea Arnold enthusiastically captures on film as a way of painting a bitter portrait of the tainted American dream, which doubles up as a powerful and complex love story.

It all begins with Star (played by radiant revelation Sasha Lane) rummaging around in a rubbish dumpster, looking for food for the two children standing beside her who we very quickly realise are not her own (reflecting the filmmaker’s own status as a foreigner in this country), and have just been left there by their real parents. But passion is immediately at work in the film’s exceptional opening scene, in which Star falls head over heels for an outgoing, charming, confident stranger visiting the neighbouring supermarket with a group of out-of-control youths who start dancing at the slightest provocation. After chatting her up with small talk and offering her a job, the highly impulsive Star leaves everything behind (in reality very little, as her mother died of a meth addiction) and the next morning, joins Jake (Shia Labeouf) and the group of sellers ruled with an iron fist by their boss, Krystal (Riley Keough). With all of them partying at full speed with weed, alcohol and rap in the minibus: from motels to service stations, from residential neighbourhoods to oil wells and the desert plains, the wanderings of this gang of wild ones right at the bottom of the pile in the big machine of the American economy (where your worth is measured by how much money you have), as they try to learn how to survive in a life where losers are stigmatised, will lead Star, a go-getter to the end, down her own path of rebellion.

Filmed using very close-up shots in a narrow square format, reflecting the background and future of this young wild spirit in decline, American Honey (which is being sold by Protagonist Pictures) bursts forth, with the passions of its characters galvanised by music (with tracks by E-40 and Carnage most notably) that oozes from every pore of the film (the title of which is, incidentally, that of a song by Lady Antebellum). By softening her story with the ‘romantic’ ardour of Star and the sublime work of director of photography Robbie Ryan, Andrea Arnold brings us a stark look at a world that sacrifices its own children. But not really knowing how to bring her story to a close, she unfortunately lets the film get out of hand, with a finale that should not however overshadow the highly modern flamboyance that lights up the entire film.

“I was quite upset by some of what I saw”

The protagonist of the film by Vladimir de Fontenay is a young woman wandering the streets on the border between Canada and the United States, in search of a dignified life for her child

The British director will be in charge of judging the competition at the ninth edition of the Les Arcs European Film Festival, which is set to unspool from 16-23 December

VENICE 2017: British director Andrew Haigh's latest is an adaptation of a novel by singer and author Willy Vlautin and something of a departure from his previous work

Organised by the Institute of Documentary Film, the largest documentary industry event in Central and Eastern Europe will also organise free-entry, English-language events open to the public

American Honey, Under the Shadow win big at BIFAs 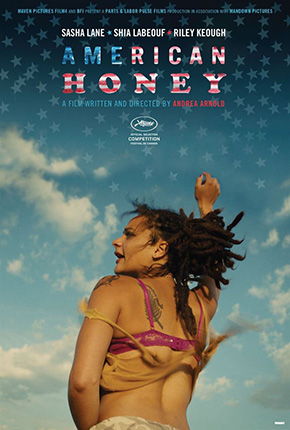 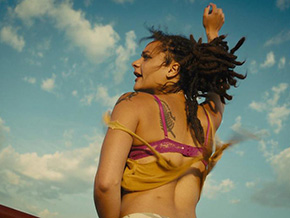 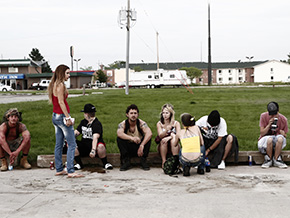