15/05/2016 - CANNES 2016: Diving back into his artistic origins, Alejandro Jodorowsky brings us a journey that strips his burning passion bare with great control

"A virgin shows us the way like an ardent butterfly". Returning to Directors’ Fortnight at the Cannes Film Festival, three years after presenting The Dance of Reality [+see also:
film review
trailer
film profile], cult filmmaker and psychomagic ‘guru’ Alejandro Jodorowsky lives up to his reputation with Endless Poetry [+see also:
trailer
film profile], a film that crosses over the border from surrealism to action without ever deviating from his central thread, and speaks to people who are new to symbolism just as well as it does to the crowd that is well-versed in the structures and strange people it produces. But in the vein of his previous work, and unlike his stunning films from the 70s (El topo, The Holy Mountain), the director uses a more modest and apparently less extravagant autobiographical style here, sticking to a traditional narrative format (the story of his youth as an artist in Santiago de Chile), which of course doesn’t stop him from indulging in the fireworks that always come with discovery, playing with colourful and dazzling theatre of the absurd. A film that, as pointed out by one of the characters, "an artist can start watching at any point".

Endless Poetry picks up where The Dance of Reality left off, with young Alejandro (Jeremias Herskovits) and his parents leaving Tocapilla to go and settle in the Chilean capital, where his father (Brontis Jodorowsky) has a shop in a poverty-stricken area and plans for his son to study medicine. But caught between his father, who he sees as a homophobic Führer obsessed with money, and his pious soothing and caring mother, the teenager feels trapped and decides to become a poet, forcefully cutting the apron strings and leaving his family behind. Put up by two art-loving sisters in a house inhabited by a small group of aspiring performers (a symbiotic dancer, a hardcore pianist, a polypainter and a sculptor), Alejandro enters bohemian circles. Time passes (and the role is picked up by Adan Jodorowsky). From his inevitable deal with the devil (a terrible muse with red hair and a back covered in tattoos of skulls) to miracles of chance and light (a heaven-sent workshop where our hero can carry on making his puppets), with poetry in action thrown in courtesy of his friend Enrique Lihn (Leandro Taub), such as the hijacking of a statue of Neruda, who is turned into the ‘invisible man’, the rite of passage of the artist unfolds, and not without its darker elements. As wanting to soar high like an eagle, an angel in a crowd of demons and the living dead, isn’t always that simple, and nothing escapes the looking glass…

Recounted as such, the story of Endless Poetry (which is being sold by Le Pacte)  may seem relatively innocent, but the approach used by Alejandro Jodorowsky is true to his love for the folly of life, where heaven and ruin stand side by side, as "you have to laugh about everything, even the worst of things". Every twist and turn in the story and every shot is used as an opportunity for a shocking, playful or evocative diversion. And the film (which lays its agenda bare in the three words that make up its original title – literally ‘Poetry until the End’) is also a sort of ‘work in progress’ account by an 87-year-old filmmaker (who appears at various points in the film) who has reached a stage in his life at which he can strip his burning passion bare with great control, ready to have his portrait hung among those of his industry peers.

The seventh edition of the BIEFF ready to kick off

"Purchases are made based on the intrinsic marketing of the film"

The trump cards of the line-up for Cannes and decoding market trends with Camille Neel, director of international sales at Le Pacte

The 21th edition of the Busan International Film Festival will feature a strong line-up of European titles, a number of which will be having their world or international premiere

Maud Alpi and Caroline Deruas included in Filmmakers of the Present

Gorge Coeur Ventre and Daydreams are on the line-up of the competitive section, while ten French (co-)productions will screen on the Piazza Grande

The Wolf from Royal Vineyard Street: An eccentric biopic 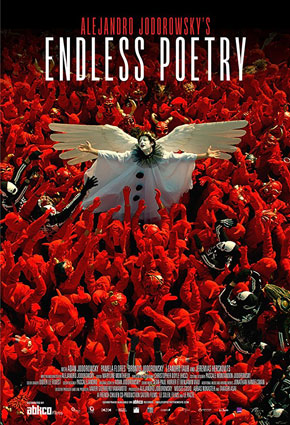 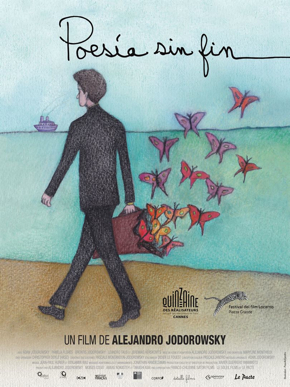 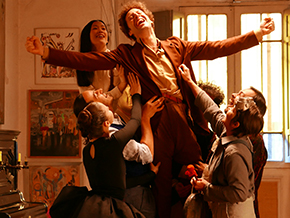 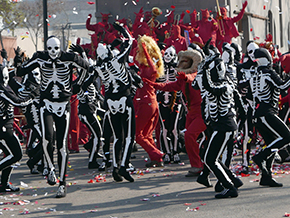