15/05/2016 - CANNES 2016: This truly well-made and completely ‘mutant’ debut feature by Julia Ducournau is a gory piece that is completely original, thrilling and, in a word, impressive

The film starts with a head-on shock. You’ve been warned, it’s this sort of experience, both bracing and exhilarating, that awaits viewers of Franco-Belgian film Raw [+see also:
trailer
interview: Julia Ducournau
film profile] by Julia Ducournau, her debut feature film which is being shown in Critics’ Week at the Cannes Film Festival and which she herself defines as ‘a mutant’. The film plays out around the character (and actress, the ever young and frail Garance Marillier) of Justine, who was also at the centre of Ducournau’s short film Junior (which was shown in Critics’ Week five years ago and awarded the Petit Rail d'or) and the world she knows well: school, and all the things that go with it: horsing around with classmates, without restraint but with the outspokenness and cheek of today’s youth (and the biting music that goes with it, especially the track ‘Plus pute que toutes les putes’ by Orties, to which Justine, her good-girl persona completely possessed and teeth bared, dances like a lunatic in front of the mirror in a pretty entertaining scene); her changing body, with her concerns but her new appetites as well, without mentioning her disconcerting voracity.

Need we say more, as it’s also the element of surprise that keeps us blinking in horror on the edge of our seats for most of this film as we split our sides laughing, astounded by its audacity, which is completely above suspicion. What lies in store for this shy young girl from a family of vegetarian vets, when her parents drop her off at the school they themselves trained at for her first year, pink suitcase in hand, is a transformation – which starts with her shedding her skin like a snake, penetrating her to her core.

The setting lends itself to the story with its everyday monstrousness. It’s a place that’s reminiscent of somewhere you would study medicine, but is strengthened here by the animal nature that seems to take hold of all these budding young vets the minute they start the aggressively trashy rites of initiation imposed on them by their elders, also creating a physical proximity that crudely sexualises their young shameless bodies – admittedly, nudity and bodily fluids of any kind aren’t things that scare young people preparing to dissect sheep and burrow their arms into enormous cows. Here, there’s no room for the faint-hearted, and if Alex (Ella Rumpf), Justine’s older sister, allowed herself to be covered in pig’s blood and munched down on all the animal organs she was presented with when she was a fresher, who is her little sister to break with tradition and refuse this strange first communion with raw meat that she will come out of irreversibly changed – like a dog that’s had a taste of human blood.

The way young Justine blossoms once she gets a taste of young flesh brings us a sequence of scenes each more brilliant than the last, heightened by the intensity of the growing bond between Justine and her sister, and between the former and her attractive gay classmate Adrien (Rabah Naït Oufella, a regular at Cannes since The Class [+see also:
film review
trailer
interview: Carole Scotta
interview: Laurent Cantet
film profile], a film that was awarded the Palme d’or and nominated for an Oscar), with his muscles bulging under his smooth, often bare skin. Nevertheless, in this string of scenes that are extraordinarily powerful right up to the last second of the film, which draw at times on the imagery of The Shining, on the brutality of Lord of the Flies, and even more so on the thematic abundance of a Dario Argento on amphetamines, special mention should perhaps be made of the bikini wax scene. What’s certain, is that this brilliant film by Ducournau (being sold by Wild Bunch), which never ceases to be artistic whilst shaking the viewer to their very core, is not to be missed. A true revelation.

CANNES 2016: Interview with Julia Ducournau, the director of Raw, the debut feature that took the audience’s breath away in Critics’ Week

Two first films –one by Ann Sirot and Raphaël Balboni, and the other by Laura Wandel - scooped almost all the trophies at the awards ceremony’s 11th edition

CANNES 2021: In her competition entry, the French director introduces the oddest pairing since The Shape of Water 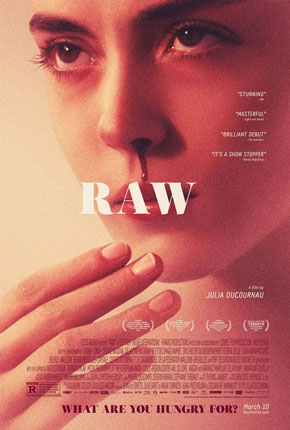 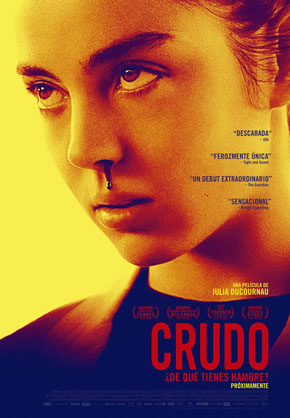 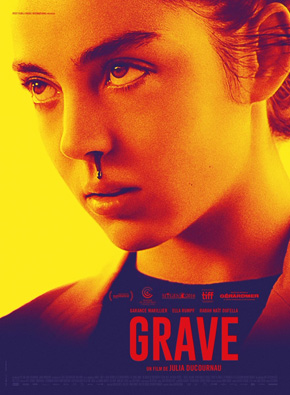 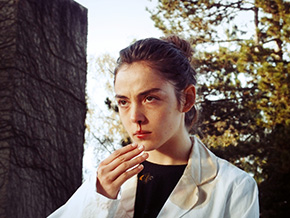 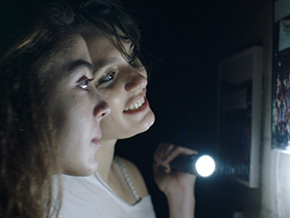 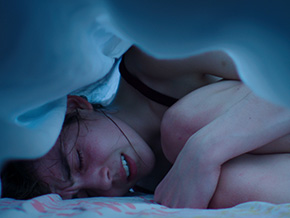 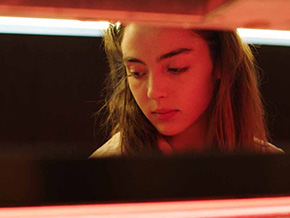