Mercenary: The price of freedom

18/05/2016 - CANNES 2016: Following the long and winding path of a young rugby player from Wallis and Futuna thrust into mainland France, Sacha Wolff has made a stunning and enlightening feature debut

Referred to as a “pretty boy” in rugby circles, a 19-year-old, 111 kg prop, with muscles to spare and tattoos covering his body, is hardly the kind of character that commonly stars in French films, and yet such is the man who takes centre stage in Sacha Wolff’s powerful feature-film debut, Mercenary [+see also:
trailer
interview: Sacha Wolff
film profile], unveiled in the Directors’ Fortnight at the 69th Cannes Film Festival. It should be mentioned that this colossal youth, Soane (Toki Pilioko), is originally from the other side of the world, born in Wallis and Futuna – a French overseas territory, located somewhere between New Caledonia and Tahiti – and his journey from the antipodes to start his professional rugby union career in mainland France is hardly a bed of roses. A simple, emotional and brutal journey, like a ship ravaged by a storm, very skilfully told by the director against a backdrop portraying the path to adulthood, cultural divides, neo-colonialism in sport, and the corrosive powers of money on spiritual values.

Scouted by the unsettling Abraham (Laurent Pakihivatau), a sports agent who is not the most thorough in his selections (“They want the youngest, the heaviest. If it’s not him, it’ll be someone else”), Soane seizes this chance for a future, dreaming of breaking free from poverty and, more importantly, emancipating himself from a father whose life revolves around guns, alcohol and lashings, who even disowns him (“You think you’re a man”), violently chasing him off the island (burning all his son’s possessions) after a ritual farewell ceremony (“The community is losing a child, but me, I’m losing a son”). Without any baggage, sporting flip-flops, shorts and a T-shirt, and with a Bible safely in his pocket, our young Wallisian finds himself thrown into the world of mainland France, where a cold shower is waiting to dampen his spirits. “How much do you weigh?” the recruiter who came to pick him up from the airport asks, dubious. This is quickly followed by a “Sorry, safe trip home” after the incensed recruiter has phoned the lying Abraham, who refuses to pay for the return trip. Picked up by his “compatriot” (Mikaele Tuugahala), a professional rugby player for Agen who takes pity on him, Soane starts playing for a small, semi-professional club in the South-West (“Give him a try; if it works out, sell him off, take your cut, and everybody’s happy”) for a monthly payment of €400 as well as lodging in a bottom-of-the-range portacabin and a job a few nights a week working as a bouncer at the local nightclub, the Golgotha. Welcome to the world of French rugby, with its “magic sweets” given out by the doctor (“A programme to gain some muscle mass”) and its rigged anti-doping tests, its matches crossing the boundaries of aggressiveness, its “third-half” drinking, its locker-room envy and its easy women (“I’m just the fatty everyone shags”) – but there is also the hope of turning pro elsewhere and friendships between players from different countries, as the gentle Soane is not considered French, even though he is. Until one day, Abraham reappears, demanding his cut (“You think you’re stronger than me?”), and Soane finds himself on the horns of a dilemma: submit or fight for his freedom, at the risk of becoming a “motherfucking mercenary”.

In the way he pays great attention to the symbolic elements and films as close to the body as possible, especially during the fantastically reconstructed and believable rugby scenes, Sacha Wolff (who also wrote the screenplay) presents Mercenary as a unique debut in the context of a burgeoning European film industry that rarely thinks outside the box (geographically, culturally, or in regard to subjects and genres). The efficiency of a plot focusing solely on Soane results in the minor flaw of simplifying the behaviour of the film’s supporting cast. But at the end of the day, the film gives only favourable impressions, already leaving us with lofty expectations for the director’s next opus.

The film is sold internationally by Be For Films.

Virginie Efira and Niels Schneider star in an adaptation of the novel by Christine Angot. A French-Belgian feature being produced by Chaz and sold by Le Pacte

The future of European film in bloom at Premiers Plans

The crème de la crème of young European talent is featured on the line-up of the 29th edition of the Angers-based festival, unspooling from 20-29 January

Elle, A Woman’s Life, Staying Vertical, Last Days of Louis XIV, Ogres and Nocturama in the running for Best Film

Until the Birds Return supported by the Gan Foundation

The feature debut by Karim Moussaoui is one of the lucky titles selected during the 2016 session, along with the projects helmed by David Perrault, Benedikt Erlingsson and Lorenzo Mattotti

Le Semeur: Marine Francen in a village with a man shortage 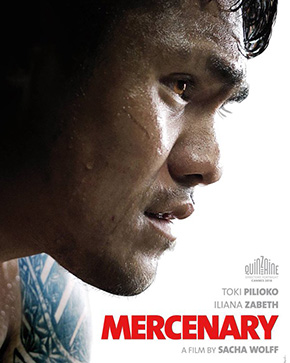 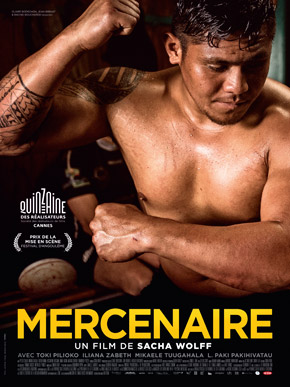 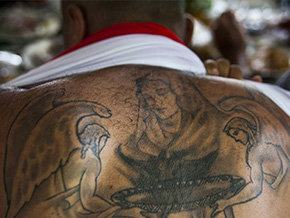 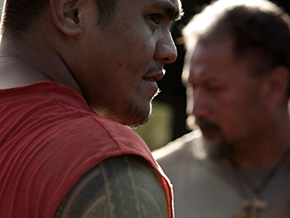 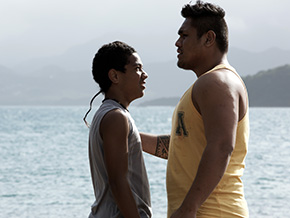 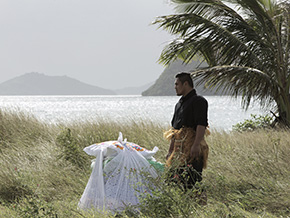