19/05/2016 - CANNES 2016: The Galician director is in the Critics’ Week presenting a movie born of the union between an adventure film and the portrayal of a worldly mysticism

Eight months ago at Locarno, Ben Rivers presented The Sky Trembles and the Earth Is Afraid and the Two Eyes are Not Brothers [+see also:
film review
trailer
making of
film profile], a splendid adaptation of a story by Paul Bowles, about a foreigner who ends his days as a dancing slave in Morocco after he became overly inquisitive in a country that was not his own. The lead character is a filmmaker shooting a movie in the Atlas Mountains, who is none other than Galician director Óliver Laxe, playing himself during the shoot for Mimosas [+see also:
trailer
interview: Oliver Laxe
film profile], which is now being premiered in the Critics’ Week at the Cannes Film Festival.

The first part of Rivers’ feature takes place on the set of Mimosas, while the second follows the moment when Laxe abandons his crew and runs away, far from the shoot. In order to fully understand Mimosas’ esoteric and conceptual background, we must pay close attention to the technical additions that Rivers came up with to transform the documentary footage about Laxe’s shoot into a phantasmagoria. Thus, Rivers managed to capture the mysticism that oozes from every single frame of Laxe’s masterpiece, or his “religious western”, as the auteur himself has labelled the movie.

Spirituality is quintessential to Laxe’s second feature. The director of You All Are Captains [+see also:
trailer
film profile] (winner of the FIPRESCI Prize in the Directors’ Fortnight) depicts two Moroccos, occupying two different physical and temporal worlds, where the inhabitants – who are played by the same actors in both universes – overcome the obstacles in their path of pilgrimage according to the level of faith they profess to have. Because the fact is that their lives will be in jeopardy whenever their hopes or religious beliefs become weaker. Nevertheless, we mustn’t confuse the film’s mystical essence with a justification of Islamic fundamentalism. Mimosas offers us a way of getting closer to the local Sufi culture, but outlines the spirituality that envelops Morocco in a pantheistic sense, seeking out traces of it in the mundane. In other words, the moments when this spirituality shines through from behind the landscapes – enhanced by the superb cinematography of Mauro Herce – or inside the people themselves.

Mimosas is born of the union between an adventure film and the portrayal of a worldly mysticism, which is a daring and risky approach that has spawned other brilliant works like Jauja [+see also:
film review
trailer
film profile] by Lisandro Alonso and Honour of the Knights [+see also:
trailer
film profile] and Birdsong by Albert Serra. Likewise, the movie (which is being sold abroad by Luxbox) unspools an epic journey in three chapters, which bear the titles of the positions adopted in Salat worship (bowing, standing and prostration). In short, this epic tale is, in actual fact, an act of faith. The saga in question starts off with a caravan crossing the Atlas Mountains, led by the Sufi master, Sheik (Ahmed Hammoud). The proprietor of a taxi company in a Morocco located in a parallel dimension to the one of the caravan plot realises that the youngest members of this expedition are questioning the master’s wisdom. In order to ensure that the members of the caravan do not lose their faith, he sends his best employee, Shakib (Shakib Ben Omar), off to that remote corner of the country. But when Shakib appears in the other universe, he gets a nasty surprise. The master, crestfallen as a result of his followers’ distrust, has taken his own life. After he arrives, Shakib takes on a twofold mission: to give those men back their faith and persuade them to take the master’s body to the city of Sijilmasa, where he will receive a dignified burial. And so the hero of this neo-western will have to circumvent all manner of dangers – including bandits, rebellions, gunfire and geographical features – to ensure that spirituality shall prevail in the world.

"Mimosas enabled me to grow as a director" 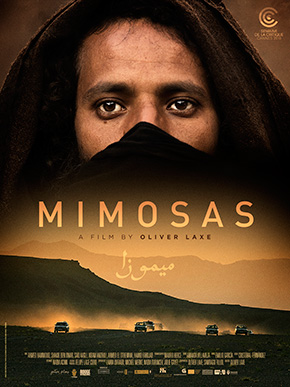 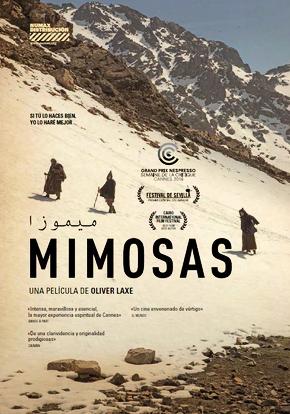 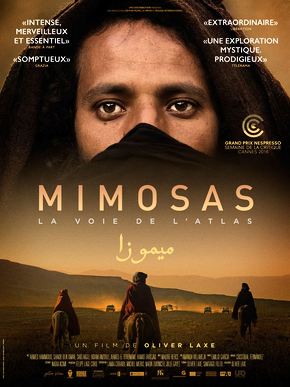 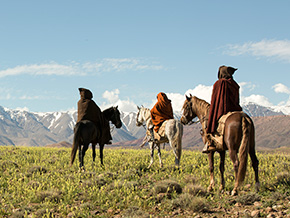 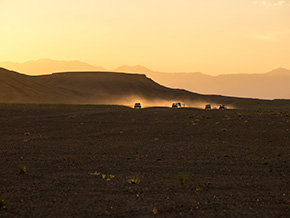 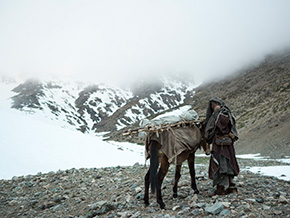 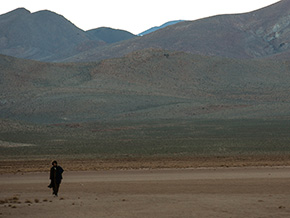 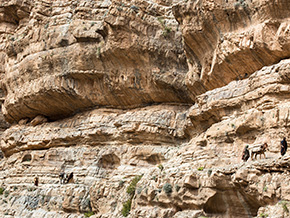 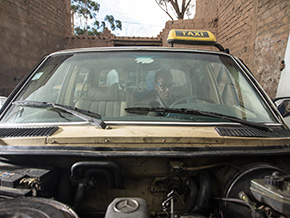 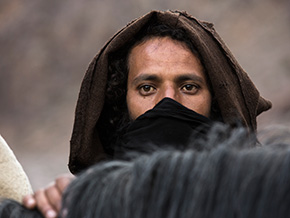