21/05/2016 - CANNES 2016: Houda Benyamina has bewitched the Croisette with a film from the heart, which whisks you away on a joyride that will take your breath away, alongside its two brilliant heroines

Fasten your seatbelts, guys, because with Divines [+see also:
trailer
interview: Houda Benyamina
film profile], presented in the Directors’ Fortnight of the 69th Cannes Film Festival, young Franco-Moroccan director Houda Benyamina embarks on a breathtaking joyride, dragging us along with her at 200 miles an hour, and we emerge gasping for air, as if we’d been on a ride at breakneck speed in an imaginary, purring Ferrari! Behind the wheel of this hot rod, sat stubbornly in the driver’s seat, we find a cheeky young girl named Dounia (a powerful performance by Oulaya Amamra), whose smart, gentle and often cheerful gaze from behind her (also imaginary) pair of Ray-Bans is nevertheless unequivocal proof that her smartarse nature has come about as a result of her disobedience – she rebels against the life in the slum that her irresponsible (and that’s putting it mildly) mother has resigned herself to, against the subservient future that she has been lumped with, and against her nickname, "bastard", which she has been saddled with for as long as she can remember.

While life has not provided her with an awful lot so far, this out-and-out heroine, who has toughened herself up out of necessity and who is something of a tomboy (although all she needs to do is untie her bun for us to see her extremely feminine side), can be thankful for her sheer energy (overflowing with a sense of humour), her nerve (which she needs to accomplish great things and make big bucks) and her girlfriend Maimouna (Déborah Lukumuena), who is constantly pulling away from the authority of her Muslim family and who, while not quite as boisterous, follows Dounia in almost all of her tomfoolery and other petty crimes.

The movie kicks off with a music-heavy opening, the intensity of which sets the tone for the rest of the film (the story is accompanied by an astounding original soundtrack that combines the prominent bass of hip-hop with powerful requiems and utterly intoxicating modern Arab melodies). Then, the first few moments of Divines, which show the two inseparable friends in the midst of their boisterous adventures, firmly entrench us in this endearing two-member gang (which brings to mind the characters in Girlhood), and their irresistibly infectious vitality and enthusiasm.

The frenzied intensity of the first few scenes gradually makes way for something more visceral and raw, through the introduction of two characters who are just as exquisitely written as our divine heroines: on one hand we have Rebecca (Jisca Kalvanda), the "boss" of the council estate, who takes the tenacious Dounia under her wing and quickly helps her to climb her way up the ladder of her mini cartel, and on the other hand we have Djigui (dancer Kevin Mischel), who is auditioning for a contemporary dance show, and who Dounia has got into the habit of watching from above, ensconced among the hanging metal walkways. As she observes his muscles glistening with sweat, and his masterfully controlled lurching, she gets swept up in the fever of this sensual ballet, in spite of herself. From the young girl’s sharp and incisive perspective, these two figures represent two possible worlds stretching out before her, worlds that she can conquer while letting her body and soul be conquered by them (because Dounia’s path actually has an amazing corporeality to it if it takes root in her iron will). We shall say no more about the horizon she chooses to walk towards, but either way, the fate of our thick-skinned and inspirational heroine will be decided against the backdrop of this constant confrontation between abandonment and control in this divine feature debut, which verges on perfection.

The film is being sold abroad by Films Boutique.

"A physical style of film, full of contrasts"

Cineuropa met with French director Houda Benyamina on the occasion of the French release of her film Divines, which won the Caméra d’or at Cannes

A mother and daughter, two recent African immigrants to Glasgow, take solace in one another amidst domestic and personal instability, in Adura Onashile’s feature debut

The Beasts by Spain’s Rodrigo Sorogoyen is selected in Cannes Première and the documentary Salam, as a Special Screening

This year, a total of 16 projects and 12 Development angels will board the training and coaching programme for “committed filmmakers in a changing world” 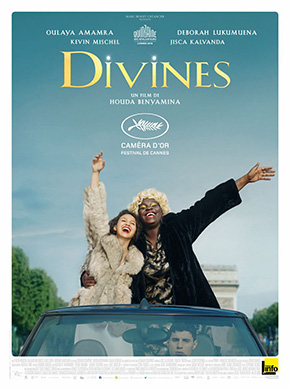 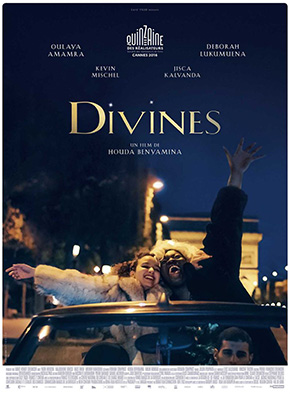 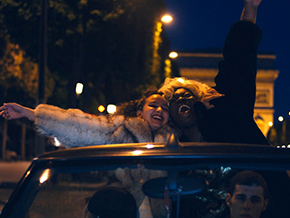 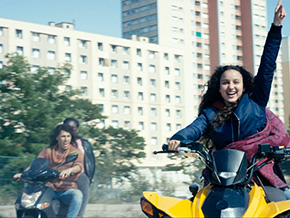 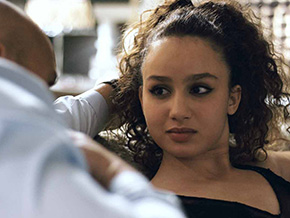 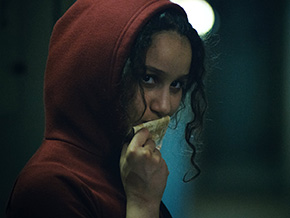 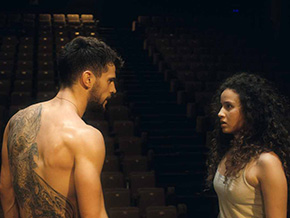 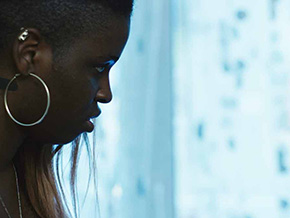