24/05/2016 - Fiorella Infascelli’s film will be shown in Italian cinemas on 23 and 24 May only, to coincide with commemorations of the massacres in which the two judges died

The Italian National Syndicate of Film Journalists (SNGCI) will award the Special Nastro on the syndicate’s 70-year anniversary to Massimo Popolizio and Giuseppe Fiorello, for their performances in Fiorella Infascelli’s film Era d’estate [+see also:
trailer
film profile]. A most well-deserved award, as their portrayals of judges Giovanni Falcone and Paolo Borsellino, who were killed by the mafia, leave a mark. The film, which Cineuropa saw at the Bolzano Film Festival Bozen, will be released in Italian theatres with 01 Distribution on 23 and 24 May only, to coincide with commemorations of the 24th anniversary of the Capaci and Via D’Amelio massacres.

Era d’estate is not a classic ‘mafia’ film, it’s the intimate story of the forced retreat of the two judges in 1985, with their families, to the island/bunker of Asinara, after being threatened by Cosa Nostra. Alongside Popolizio and Fiorello, the cast features Valeria Solarino in role of Falcone’s partner Francesca Morvillo, and Claudia Potenza in the role of Agnese Borsellino, Paolo’s wife. The film was produced by Domenico Procacci for Fandango with Rai Cinema and the support of the Sardinia Film Commission, and made with the support of the Lazio Region’s Fund for film and audiovisual works.

The film begins with a short prologue in Palermo, when the two judges who are working on the ‘maxi-trial’ are taken away by Falcone’s second-in-command, Liliana Falcone, and the police, when they receive a tip-off from prisoners at Ucciardone prison that an attack is being planned on the two of them and their families. The scene changes to that of the splendid island of Sardinia, which home to a maximum security prison. It’s the ‘hot’ summer of 1985, and in early August, police chiefs Montana and Cassarà, close associates in the anti-mafia pool, are killed in Palermo. The two judges find themselves forced to stay in the small guest house of the prison for almost two months. As they wait for the ministry to send them the hundreds of files on the trial so that they can get back to work, Falcone and Borsellino pass the time by taking long swims, fishing for sea urchins, having long dinners with the various members of the Borsellino family and discussing the mafia. The historical details provided for the film by journalist and essayist Attilio Bolzoni ensures the film a high level of reliability, although the dialogue between the two anti-mafia heroes is obviously speculative. The pair engage in serious discussions and also enjoy the odd quip (“Nihilistic, me? More like Sicilian!”, says Falcone), fully aware of the enormous responsibility on their shoulders and that their fate is sealed. A few years later, in 1992, the two judges would be killed with their escorts (Falcone with his partner Francesca Morvillo) in two different attacks.

But for now, their task, which is not easy, is to demonstrate the objective existence of Cosa Nostra, its huge drug trafficking operations with the Middle East, murders, and its connections with the political world. On this, the two seem to diverge in opinion: for Falcone this is a whole other chapter, too complicated to include in this trial. When the files arrive, Falcone and Borsellino immerse themselves in the twists and turns of illegal mafia activities, but director Fiorenza Infascelli is interested in showing the human side of things, the honest friendship between two men who are so different yet so united by an utterly pure ideal. Like a game, the two wives list these differences in one scene in the film: Borsellino’s right-wing, Falcone’s left-wing, one is a man of the church, the other is not religious, the former loves dinners at home, the latter prefers eating out, one is green-thumbed, the other isn’t…

Like Crazy emerges triumphant at the Nastri d’Argento Awards

Fiorella Infascelli’s film will be shown in Italian cinemas on 23 and 24 May only, to coincide with commemorations of the massacres in which the two judges died

The South Tyrolean festival (13-17 April), changes name, strengthens exchanges between Italy and Germany, and will feature a focus on Slovenia

Davide Mazzoli's On air: storia di un successo is one of the Italian premieres that will feature at the 14th edition of the Lombard event, which will be held from 12 to 19 March 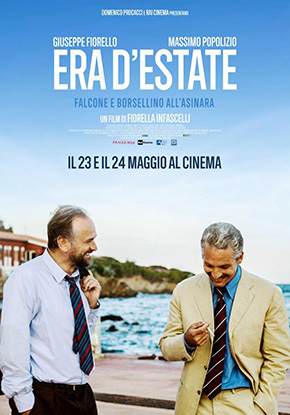 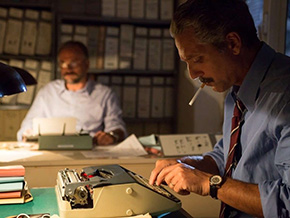 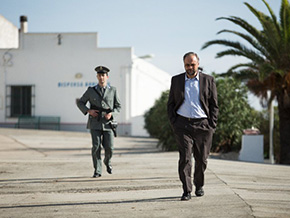 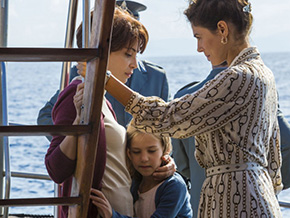 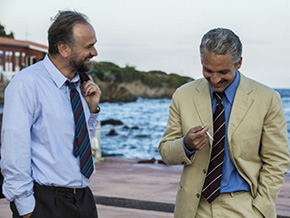