Theft and escape; bitterness and revenge; chase and murder. These are the classic themes around which Portuguese director Luís Filipe Rocha built the plot of his latest film, Grey and Black [+see also:
trailer
film profile], now showing on local screens. The title is taken from a sentence by author Raul Brandão about Pico Island, in the Azores, where the final part of the story is set. Before that, Grey and Black – a sort of western with hints of Greek tragedy – unfolds on the island of Faial (also in the Azores) and in Lisbon. That’s where the lead characters come across and get involved with one another, using or supporting each other to reach their common goal: finding David (Miguel Borges).

Now trying to forge a new life on Pico – where he has bought a house and some cows – David had previously escaped Lisbon and his girlfriend, Maria (Joana Bárcia). Maria is a maid taking care of an old Spanish professor who is bedridden with a degenerative disease. She had hoped to inherit his money upon his death, but one day, the old man, sick of suffering, persuades David to kill him and baits him with a bag full of money. Abandoned and angry, Maria convinces a cop (Filipe Duarte) to look for David, and the two of them end up on Faial. Maria wants revenge; the cop wants the money. And they end up being unexpected allies in a manhunt.

Rocha is probably one of Portugal’s most underrated directors in a country with a small film industry, torn between the two extremes of superficial, commercial projects and arthouse auteurs. Like António-Pedro Vasconcelos (Amor Impossível [+see also:
film review
trailer
interview: Victória Guerra
film profile]) and late director José Fonseca e Costa, he is one of those local filmmakers committed to making mainstream films without falling into shallowness or corner-cutting. Grey and Black serves to prove this. A consistently high-quality script and challenging dialogue give the cast the opportunity to shine: Bárcia stands out particularly for her coarse character, and Duarte – working with Rocha once again after The Other Side [+see also:
trailer
film profile] (2007) – is touching in his mopey bitterness and corrupt despair. DoP André Szankowski makes the most of the Azores landscapes, underlining their tragic potential, while jazz musician Mário Laginha envelops those same landscapes in an unexpected atmosphere of levity, in total contrast with the heaviness of the plot.

Grey and Black was produced by Lisbon-based Fado Filmes along with Brazil’s Luz Mágica, with the support of the ICA, Ancine and the Ibermedia programme.

more about: Grey and Black

A total of 25 local feature-length titles reached screens over the last 12 months. Only 3 of them racked up over 20,000 admissions

Gelo to open the 36th Fantasporto

The Lesson by Ruth Platt, My Night Your Day by András Gyorgy Dési and Gábor Máray, and The Open by Marc Lahore are among the European titles at the gathering

Capitão Falcão will also be flying to the World Film Festival

New movies by Gomes, Nicolau and Salaviza among the most eagerly anticipated titles of 2015

Arabian Nights, John From and A Montanha could be granted a place at international festivals ahead of their Portuguese premieres 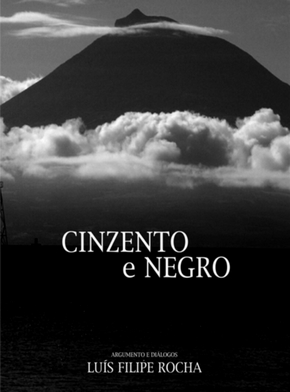 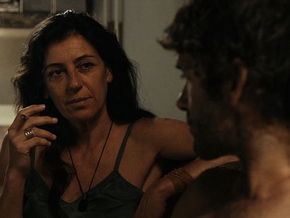 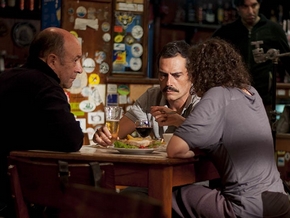 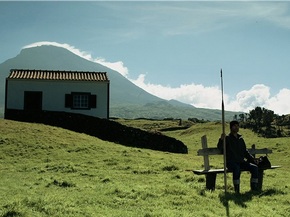