Fado: Jealousy and the tidal wave

02/06/2016 - In a very raw manner, German director Jonas Rothlaender tells a distressing story about a couple drowning in obsession

In 1755, Lisbon fell victim to one of the most powerful earthquakes in recent European history. The Portuguese capital was razed to the ground, burnt to ashes and engulfed by a tidal wave, during which between 60,000 and 100,000 people lost their lives. These were people who were immersed in their everyday lives, blissfully unaware of the fact that this wave of disasters was headed their way. Nevertheless, centuries later, in the present day, a young German doctor called Fabian does realise that something is looming over him when he moves to Lisbon to attempt to get his ex, Doro, back. This is something that we are introduced to right from the get-go in Fado [+see also:
trailer
interview: Jonas Rothlaender
film profile], the feature-length fiction debut by German director Jonas Rothlaender (in competition at the 15th Transilvania International Film Festival). Fabian finds himself in a market in the city’s Alfama district, in possession of an engraving of the disaster, and a deafening noise suddenly makes his mind seize up, as well as that of the viewer. Something is looming over him, which is probably nothing more than… himself.

Rothlaender doesn’t use the aforementioned apocalyptic historical event as the starting point for the story of Fabian and Doro, but rather as a way of adjusting the movie’s startling, constantly strained tone. Fado is a film sat under a Sword of Damocles. The couple of lovers (played by Luise Heyer and Golo Euler) are trying to piece their life back together after she (an architect) moved to Lisbon and he (a doctor) stayed in Berlin. The astonishing resemblance between one of his patients and his ex persuades him to zoom off to the Portuguese capital as fast as he can, in search of what he has lost, very likely because of that silent monster that awakens during the movie: Fabian’s unusual jealousy. Doro seems to have begun a new life with her Portuguese friends, one of whom is Francisco (Albano Jerónimo), whom Fabian suspects that she is having a fling with. And so begins the tidal wave.

Rothlaender reveals Fabian’s insecurities to us with a harsh but steady hand, starting a kind of direct game with the audience and showing them directly what the insecure boyfriend is creating in his own mind, but not letting them distinguish between imagination and reality. In fact, it is precisely this stylistic choice that allows Fado to distance itself from the more TV film-style approach that will always hover over a story like this. Here, Rothlaender’s success thus lies in the extreme portrait he paints of an unhealthy obsession, which, while based on dramatic effect, takes on an interesting dimension when it comes face to face with the character’s overall paranoia, symbolised by the images of a tidal wave that are peppered throughout the story, leading us ever closer to the fateful dénouement. For this reason, it is no coincidence that the title of the movie alludes to that quintessential genre of Portuguese music, the subject matter of which mainly tends to focus on the fatalism of one’s destiny.

The movie was co-produced by Germany (Stick Up Filmproduktion and Atara Film) and Portugal (Primeira Idade), and has had an international sales agent (French firm Wide Management) ever since its international premiere at the International Film Festival Rotterdam.

Fado: Jealousy and the tidal wave

In a very raw manner, German director Jonas Rothlaender tells a distressing story about a couple drowning in obsession

Most of the competitors are first features and also European productions

Wide Management winging its way to Rotterdam and Berlin

Fado: Lisbon as the backdrop for a story of jealousy 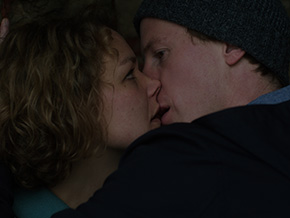 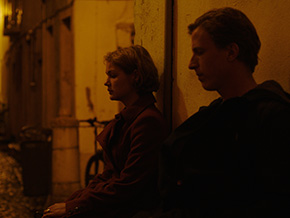 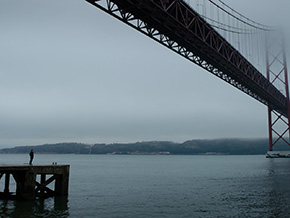 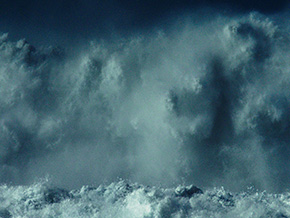