The director of a series of short films with millions of viewers on YouTube, Igor Cobileanski debuted with the drama The Unsaved [+see also:
film review
trailer
film profile], co-written together with Corneliu Porumboiu, and in 2016 goes back to his comedic roots with the road movie Eastern Business [+see also:
trailer
film profile], which was shown in the Romanian Days competition at the 15th Transilvania International Film Festival (27 May–5 June, Cluj-Napoca).

A co-production between Romania and Lithuania, Eastern Business was conceived as a Moldovan story, but as the local film industry is still struggling and the foundation of a national film centre is now in limbo, the feature was shot in Romania. The story centres on Marian (Constantin Puşcaşu), a timid singer in a small-town choir and an obvious symbol of all good men who are unable to fulfil their dreams if they are determined to follow the rules.

Wishing to marry his sweetheart, Veronica, and live a comfortable life, Marian wants to start up a business: when he meets the resourceful but shady Pietro (Ion Sapdaru), Marian gets involved in an Eastern business, entailing lots of improvisation, a pinch of bad luck, a stroke of good luck and a few steps on the other side of the law.

Although it feels like a new series of shorts shot independently and unified by the two main characters, Eastern Business has both humour and heart, and can offer its audience some copious laughs. Marian is a very luminous character, a mountain of common sense and good intentions who has to make do with lesser companions. Continuously out of place in a long string of shady deals, in which one of the “businessmen” is always cheated, Marian is the face of normality in an absurd and abnormal world where money and power are the only reasons for living.

Cobileanski’s excellent ear for convincing, natural dialogue may amuse Romanian and Moldovan audiences, but it could be somewhat lost in translation.

“I strongly believe in the power of story”

The founder of Alien Film, Romania’s 2017 Producer on the Move Iuliana Tarnoveţchi now has as many as five features in development

A great season for domestic releases in Romania

Fewer but more diverse films may increase the season’s earnings

Lithuania goes to the Transilvania IFF 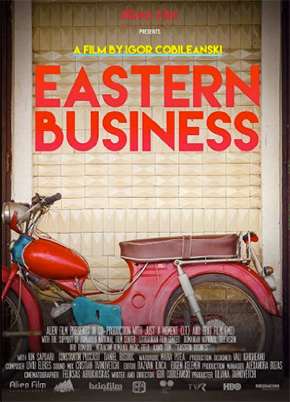 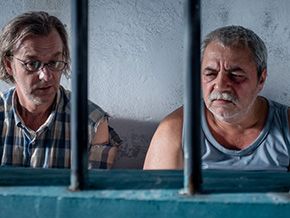