The European VR ecosystem expands during the first half of 2017

24/08/2017 - A report on the European VR landscape shows an increase of 57% in companies related to VR, while the UK, France and Sweden are the undisputed leaders of the industry 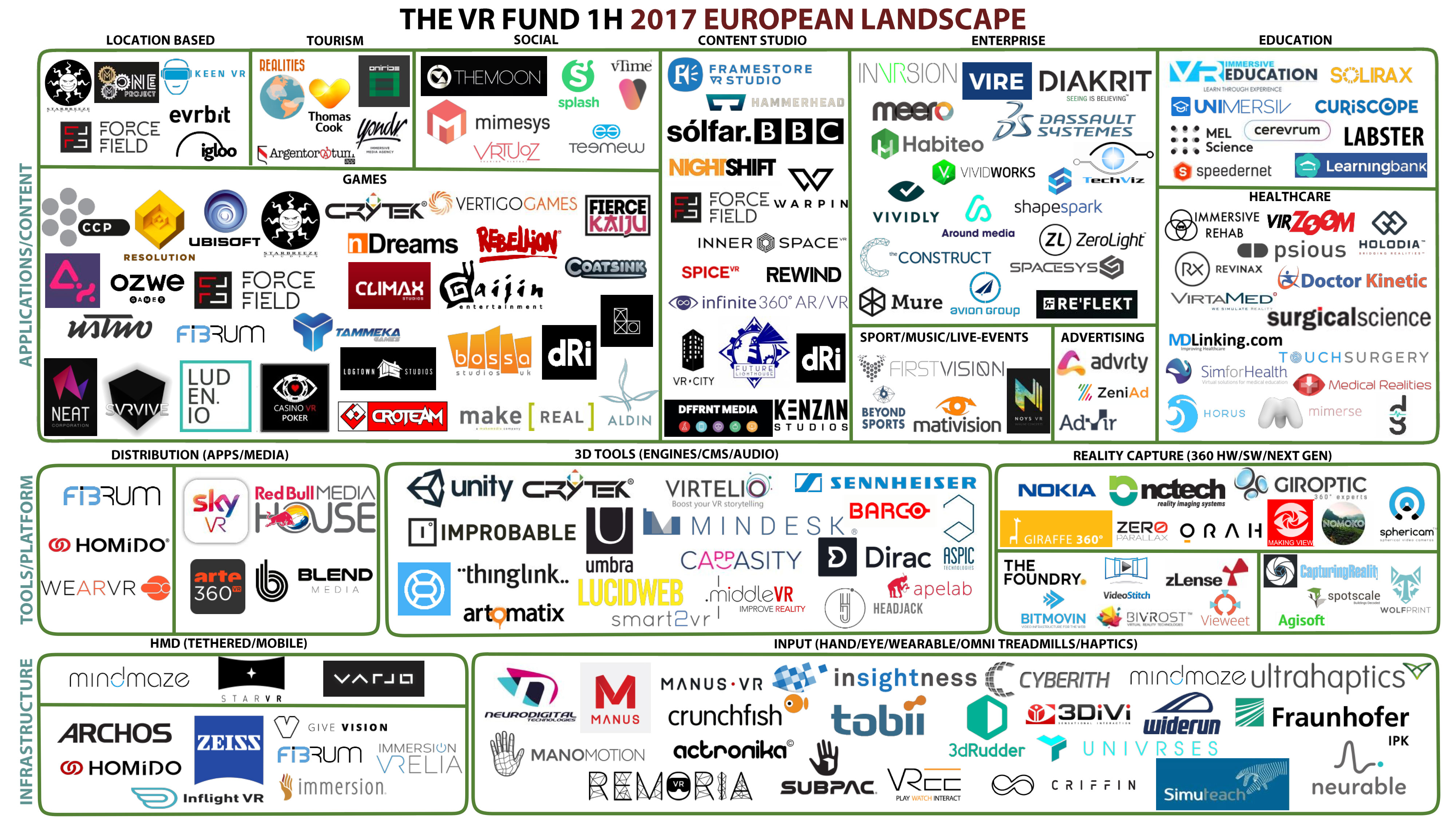