With Right Here Right Now [+see also:
trailer
film profile], screened at the 14th Brussels Film Festival, the extremely prolific screenwriter Pascal Bonitzer (who has been a long-time partner of André Téchiné and Jacques Rivette, and has worked with Raoul Ruiz, Chantal Akerman and Barbet Schroeder) has made his seventh feature as a director.

Nora Sator is hired by AB Finance, a company operating in the world of high finance, and specialising in mergers and acquisitions. By chance, she discovers that her boss, Arnaud Barsac, and her father, a researcher who has taken early retirement, used to rub shoulders in their youth. But some kind of rivalry still seems to be bringing them into conflict. The plot thickens when Barsac invites Nora to his place, seemingly to help her process a file. There she meets Solveig, Barsac’s wife, who also knew Serge in the old days, and appears to be bristling with resentment towards him… As the weeks go by, Nora gains the trust of the managers, but she strikes up a complicated relationship with her close colleague, Xavier, and one evening, he takes advantage of a booze-fuelled party to chat up Nora’s sister, Maya. Unresolved family issues and professional antagonism soon start to come to light.

This puppet theatre boasts a five-star cast that spans various generations. Lambert Wilson and Pascal Gregory clearly relish their roles as ill-matched associates, one of whom is all for his own self-enrichment, while the other is totally tangled up in his pathetic daydreams. Meanwhile, Isabelle Huppert puts a slightly different spin on the character of the depressive alcoholic, a deflated romantic who is searching for, but never finds, the incredibly grumpy Jean-Pierre Bacri, the film’s poetic researcher, around whom all of the issues start to take shape without him even realising it. Opposite them, Vincent Lacoste plays the big-hearted but ambitious youngster, and Julia Faure fills the shoes of the lost but generous artist. Lastly, in the eye of the storm we find the restrained Agathe Bonitzer, the director’s daughter, who has already appeared in titles by directors such as Noémie Lvovsky, Jacques Doillon, Christophe Honoré and Agnès Jaoui. Both father and daughter seem to have a whale of a time with the metatheatre that this tale represents, with the daughter seeking to avenge her father’s besmirched honour at all costs. Following a turbulent investigation right to the heart of this viper’s nest, she does not hold back when it comes to weighing up her career and her personal ambitions (after all, there are so many core values that underpin the world of finance in which she is trying to carve a niche for herself), out of loyalty to her family. Through a final and ironic twist of fate, a chivalrous gesture will actually end up being completely misinterpreted, opening up still more professional opportunities for her.

With the sheer imagination that pervades all of his films, this time Bonitzer chooses to take an interest in the world of finance or, rather, in a certain interpretation of this world, with all its cold, sterile interiors, cynical former glories and greedy young go-getters. Muddles, coincidences, bitterness rooted in the past and love poems all combine to derail the story, throwing a spanner in the works of the mergers and acquisitions it portrays.

Right Here Right Now was produced by SBS Production, and co-produced by Entre Chien et Loup and Samsa Film. The film comes out on 22 June, and will be distributed in France by Ad Vitam and in Belgium by Victory Productions.

The French distributor, which takes a keen interest in young French talents and the best of the world’s arthouse cinema, is paving the way for the future by getting involved in production and sales

Act 5 for the Champs-Élysées Film Festival 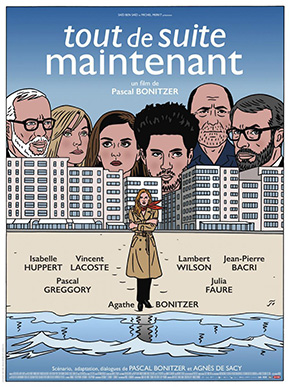 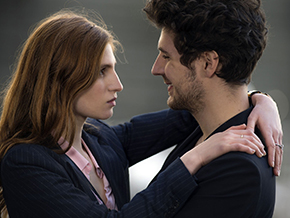 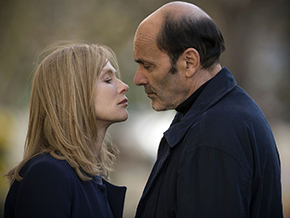 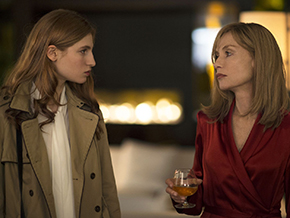 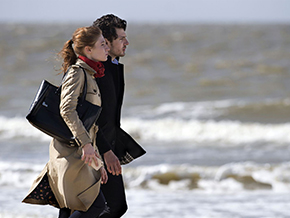 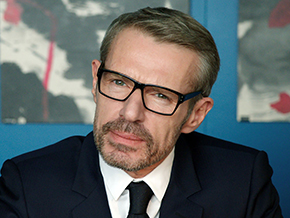 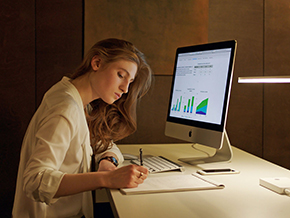