22/06/2016 - Argyris Papadimitropoulos examines the parallels between innocent, passionate youth and a worn-out life of missed opportunities

Screened in the Brussels Film Festival's competition section, Suntan [+see also:
trailer
interview: Argyris Papadimitropoulos
film profile] by Argyris Papadimitropoulos (Wasted Youth, Bank Bang) is an erotic thriller, haunting the audience with loneliness and obsession. The main character, Kostis (played by Efthymis Papadimitriou, known for Chevalier [+see also:
film review
trailer
film profile] and A Blast [+see also:
film review
trailer
interview: Syllas Tzoumerkas
film profile]), is a single, middle-aged doctor who, already in the opening shot of the film, is engulfed by loneliness: he is the only person on board a ferry on the way to his new home – an island with a winter population of only 800 people. This isolated space is introduced with colours depicting depression – grey, blue and black dominate the screen, interrupted only by artificial, unsettling, colourful christmas lights washing over him in the rainy winter, where the only guarantee of change is the upcoming summer holiday season. From winter, the film jumps straight to summer (with an interesting decision to make the film’s title appear on screen at the very moment of this seasonal shift), signalling a new beginning for the story, in stark contrast with the narrative so far. The summer does not disappoint, bringing floods of tourists, bright colours and seaside shots – not only does Kostis have a lot of work to do with the many injured tourists and locals, but he also garners some unexpected attention from an attractive group of young people. Anna, a beautiful girl in her early 20s (a superb debut by Elli Triggou), invites him into her circle of friends and her spiral of fun, sexual freedom and carelessness. For the first time, Kostis feels wanted and, through Anna, is able to re-live his 20s, enjoying the experiences he has missed so much. The young woman seduces him and, without realising, takes advantage of his vulnerability, unaware of her impact on men, provoking a romantic obsession in Kostis when he realises that she and her friends are indifferent towards him, amused only by his naivety and social awkwardness.

Kostis seems pathetic, but he also awakens the audience’s compassion, as the character reveals his emotionally troubled mind, haunted by the feeling he has wasted his life and by his desperation for fulfilment. However, his desire turns him into a stalker, the camera revealing the explicit downfall of an emotionally unstable man, caught up in his own fears and obsessions, and neglecting his duties as a doctor and a human being. The final scenes captivate the audience, while questioning what this man is capable of and how far his monstrosity could stretch. The film does not leave these questions unanswered, and its final shot is shocking in its perverted tenderness.

Suntan is an unpredictable film, keeping viewers on the edge of their seats throughout the entire running time. It is a parody of the romanticised image of the hedonistic summer holiday on a Greek island, examining the parallels between innocent, passionate youth and a worn-out life of missed opportunities.

The film was also selected in the competition programmes of Rotterdam and Edinburgh, and was produced by Marni Films, Oxymoron Films, Graal SA, FassB Films and Foss Productions. It is being distributed by Marni Films in Greece, while sales are handled by Visit Films.

Greek director Argyris Papadimitropoulos talks about his film Suntan, a recent winner at Edinburgh and Brussels, compelling juries with its portrait of one man's passion and desperation

The festival’s new leadership will present an expansive set of premieres and retrospectives, as the Greeks reclaim the gathering 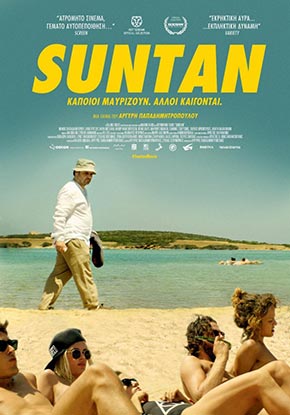 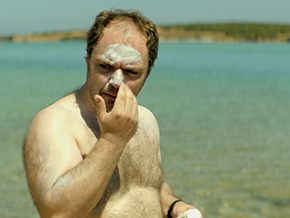 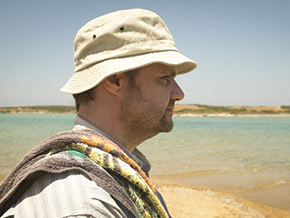