Anthropoid: The perils of fury

The highest-ranking Nazi official to have been assassinated during the Third Reich was Reinhard Heydrich, the governor of Bohemia and Moravia and one of the main figures behind the Final Solution. This act has not gone unnoticed by the film world, and the incident has already been adapted for the silver screen more than once – for example, in Hangmen Also Die! (directed by Fritz Lang and co-written by Bertolt Brecht just one year after the attack, in 1943). Now, 73 years later, British director Sean Ellis (the man behind Cashback [+see also:
trailer
film profile] and Metro Manila [+see also:
trailer
film profile]) – of all the directors who could possibly have brought the occurrence up to date – has tried his hand at dramatising the story. His vision has spawned Anthropoid [+see also:
trailer
film profile], opening film at the 51st Karlovy Vary Film Festival, a work that tackles the event by starting out as your average thriller, only to end up in an explosion of the most brutal action imaginable, once there is nothing more of the story left to construct.

As a matter of fact, Anthropoid (which shares its title with the name of the top-secret operation) could be thought of as an exercise in narrative construction, building up the structure of a particular moment (the attack itself), from which point on the film’s nature changes completely. The movie, the screenplay for which was written by Ellis himself, together with Anthony Frewin (who, incidentally, was Stanley Kubrick’s personal assistant), follows the two men carrying out the operation, Josef Gabcik (played by Cillian Murphy) and Jan Kubis (Jamie Dornan, who broke out recently in the phenomenon 50 Shades of Grey), who parachute down into the frosty woods of the modern-day Czech Republic, dispatched by the Czechoslovakian government, in exile in London. After making contact with the resistance (the characters played by Toby Jones, Alena Mihulová and Marcin Dorocinski really stand out), who are already, from Prague, making every effort to fulfil the mission by any means possible, they both strike up affairs with two girls (Anna Geislerová and Charlotte Le Bon), initially out of convenience, and then out of true feelings. Jan’s gradually heightening hesitations and doubts in the face of Josef’s unwavering conviction and certainty (which is portrayed powerfully in the scene showing the former’s anxiety attack) do something to spice up the otherwise utterly mechanical development of the storyline revolving around the assassination plot.

The turning point in Anthropoid is therefore the moment when the attack is carried out – and from this juncture on, the movie is drastically transformed. As soon as we enter the church where the executioners are hunkering down to hide from Nazi reprisals, the film does away with its rather wooden, conventional thriller spirit and adopts that of a frenzied action flick that is as tense (thanks in part to Robin Foster’s powerful soundtrack) as it is superficial – and even atrocious. Nevertheless, this is not necessarily something that particularly takes away from the main idea of the movie, which is something so basic as to attempt to bring us closer to the sheer fury of the most extreme danger: the danger that rears its head when you put the skids under the most powerful evil that recent European history has had the misfortune to experience.

This major production, which was shot in the Barrandov Studios in Prague and was staged by US outfit LD Entertainment and Czech firm Lucky Man Films, together with France’s 22H22 and the UK’s Anthropoid Productions, tries to make up for the artificiality typical of this kind of English-language co-production aimed at a broad international audience (which is obvious here, for example, from the use of English only for a Czech story) with its impeccable technical aspects. US sales agent ICM Partners is in charge of the film’s international sales.

Against all odds, the most-nominated film, Anthropoid, did not cash in on any of its nods

American Honey, Adult Life Skills, Notes on Blindness and Under the Shadow score six nominations each

Anthropoid: The perils of fury

The shoot for war drama Anthropoid wraps in Prague

The US-produced film co-produced by the Czech Republic has gone into post-production, while more big-budget productions are about to roll into the country 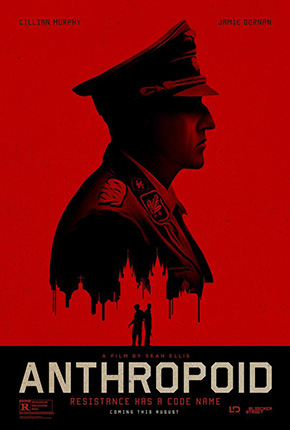 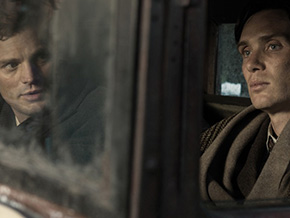 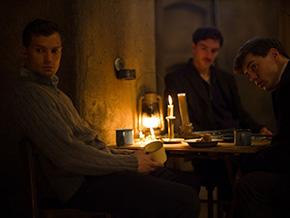