KARLOVY VARY 2016 East of the West

The Days That Confused: A bold image of the nineties in Estonia

06/07/2016 - KARLOVY VARY 2016: Young female director Triin Ruumet has made a film about the macho culture of the nineties

When the first image is that of a hand wiping blood off a BMW hood with the jacket of a white Adidas tracksuit, you have a pretty good idea of the kind of film you are in for. But it is interesting that this one was directed by a young woman, who was only 12 when the era ended.

The main character, Allar (Hendrik Toompere), is a 27-year-old guy who spends his days hanging out with friends, speeding drunk on the roads of a forested, rural region in South Estonia, partying wildly and doing his best to put on a macho show in front of girls. After one such ride, the car flips over on a bend and ends up on its roof. The men crawl out, bloodied but apparently not seriously harmed.

Allar drifts off into the woods and suddenly wakes up in a puddle near a lake. On the shore, the BMW from the first scene is parked, doors open, the blood-stained tracksuit hanging from a window, blasting loud electronic music. In the lake, turned with his back to him, stands Juulius (Juhan Ulfsak), a henchman for a local mob boss who detects talent and restlessness in Allar, and takes him under his wing.

At home, Allar's father wants him to become a carpenter or a woodsman, which is terribly boring to the young man. But in fact, it is actually the woods themselves that even the mob deals in – in the nineties in Estonia, stealing trees from state-owned forests was big business, so being a "normal", legal lumberjack is totally uncool. And when his father loses a finger in an accident with an electric saw, Allar seems to feel a mix of contempt and pity for his dad.

Ruumet's film is impressive technically, and the cast does a great job. There are a couple of hazy sequences, depicting dreamy or drug-induced states, which are very effective. And if the film seems to lead nowhere, this is because the characters' lives are exactly like that – except that Allar at least displays a wish to fight for his future.

The Days That Confused was produced and is handled internationally by Tallinn-based Kinosaurus Film.

more about: The Days That Confused

We talked to Estonian filmmaker Triin Ruumet at Karlovy Vary about her film The Days That Confused, which received the East of the West Jury Special Mention

€1.412 million are being shared among the new features by Triin Ruumet, Marko Raat and Mart Kivastik

Estonia is getting ready to shine at Les Arcs

The French gathering is focusing on the Baltic country and features Estonian short films in the Official Competition, projects in the Coproduction Village and a batch of well-known films

KARLOVY VARY 2016: The movie by Hungarian director Szabolcs Hajdu has taken home the Crystal Globe for Best Film, while Zoology by Russia’s Ivan I Tverdovsky pocketed the Special Jury Prize

The Days That Confused: A bold image of the nineties in Estonia

KARLOVY VARY 2016: Young female director Triin Ruumet has made a film about the macho culture of the nineties 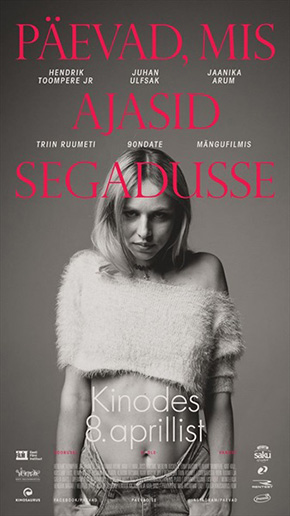 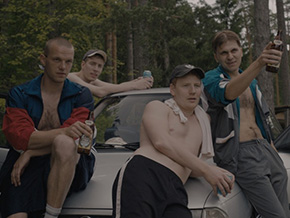 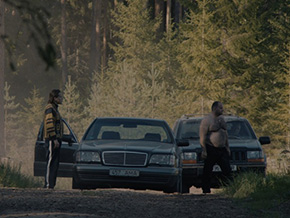 We met with the director of this movie starring Matilda De Angelis, which is competing in the 2021 Swiss Film Prize and will be presented at the EFM by Vision Distribution
Daniel Brühl • Director of Next Door

BERLINALE 2021: In his directorial debut, starring himself and Peter Kurth, the German-Spanish director finally takes his revenge
Martijn Lakemeier • Actor

The young Dutch actor talks the beginning of his career, challenges and role-picking, as well as the directors he would love to work with