When art and current affairs collide, it’s not easy to stand strong against the glaring temptation of simplifying things, to detach yourself and refrain from projecting the raw emotions we all feel in the wake of harrowing and disturbing events such as terrorist attacks onto a piece. And you’d be very wrong in thinking that Bertrand Bonello, who wrote the first draft of the screenplay for his latest film, the exceptional Nocturama [+see also:
trailer
interview: Bertrand Bonello
film profile], five years ago, is driven by poisonous intentions. On the contrary, the filmmaker focuses on the phenomenon of terrorism from a highly original cinematic perspective, stepping right back from the causes and explanations to hone in exclusively on the execution of an attack one afternoon and the following night, by ten young people who have just detonated several bombs in Paris and are hiding out in one of the capital’s department stores.

None of the terrorists are jihadists, but rather, as very subtle hints suggest, rebels driven to action by the capitalist system, children of the age of unemployment who watch figures on the profits of banks and mass redundancy plans fly around on the Internet. A very youthful mix of suburbanites (may of whom work in security) and students which even includes a representative of a very elitist Parisian higher education establishment (the only one to have a kernel of a political discourse on ‘a democracy that would rather create its own enemies and only wishes to be judged on the basis of them, and not on the results it yields’). They are associates of circumstance (including for simple reasons relating to the heart) whose coming together and preparations are sketched out rather elliptically by the director through occasional flashbacks interspersed throughout the first part of the film, which goes all out to show, using alternating footage (and playing on the time on the clock and subtle flashbacks), how the bombs are placed and detonated. A rhythmic toing-and-froing (to the beat of electronic music) of almost muted movements on the metro and through the streets of Paris by small-time commandos and lone individuals, with some of them opening strategic doors for others before vanishing and all communications turning to coded txt messages. The targets? Among others, a meeting room in the Ministry of the Interior, the 28th floor under construction in a skyscraper located in the city’s business district, and the statue of Joan of Arc in Place des Pyramides, along with a banker who’s killed in his home.

Once they have executed their plan, the trainee terrorists re-assemble in a huge Parisian department store where one of them makes sure they’re safe and takes out the surveillance system. A long night of waiting sets in, right in the middle of this temple of consumption where the youths pass the time indulging their desires (a bit like the characters in Day of the Dead by George Romero do in a gigantic shopping centre) amongst the wax mannequins who look oddly like them. Designer clothes, playing video games on state-of-the-art television screens, fine dining, baths, and even go-karting. But the tension is palpable, some of the group are tempted to slip away, little secrets start to come out, and their terrorist acts won’t go unpunished by the end of a night that Bertrand Bonello films like a modern western with masterful direction and the great ingenuity that characterises his work (as previously demonstrated by his previous works, House of Tolerance [+see also:
film review
trailer
interview: Adèle Haenel
film profile] and Saint Laurent [+see also:
film review
trailer
Q&A: Bertrand Bonello
film profile], which were both acclaimed in competition at Cannes).

A passionate and remarkable piece that paves the way for multiple reflections above and beyond its ‘disturbing’ surface, Nocturama takes us deep into the heart of a total nightmare in which the only terrorist that invokes religion, in his last moments, fearing his imminent death, is coldly snubbed by one of his accomplices, who reminds him that during the Iran-Iraq war, they sent donkeys out first to clear the field of mines, and when they refused to go, they sent out children.

French filmmaker Bertrand Bonello deciphers his new film, Nocturama, and explains the freedom of an artist with regard to sensitive subjects

"Films are also made for communicating with spirits"

CANNES 2019: French filmmaker Bertrand Bonello explains the thinking behind Zombi Child which was unveiled in the Directors’ Fortnight at the Cannes Film Festival

The French company is selling Bertrand Bonello’s new film and the feature debut by Erwan Le Duc, which will be world-premiered in the Directors’ Fortnight 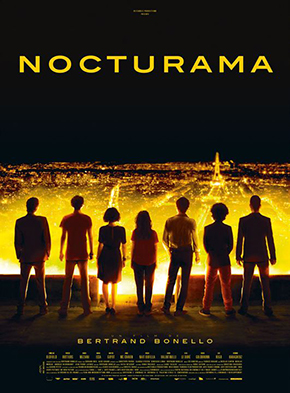 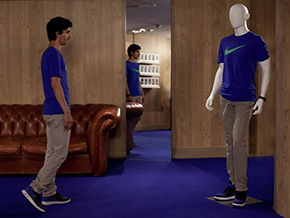 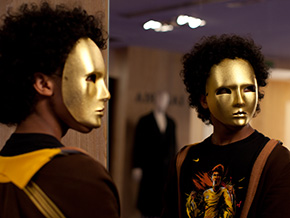 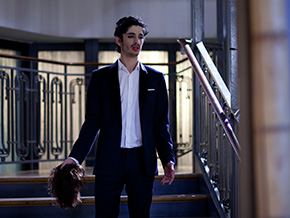 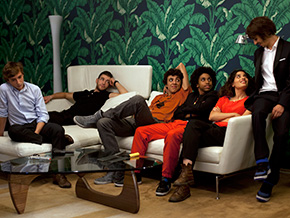 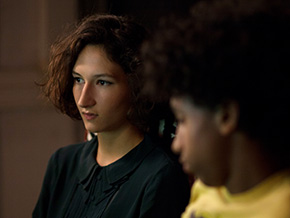 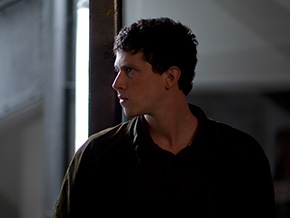 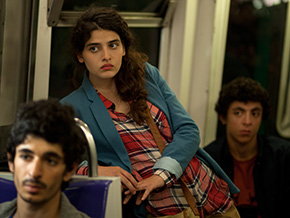