The Chinese Lives of Uli Sigg, the hidden side of an incomprehensible country

Uli Sigg in The Chinese Lives of Uli Sigg

Michael Schindhelm presents his third documentary, The Chinese Lives of Uli Sigg [+see also:
trailer
film profile], in the Panorama Suisse section of the Locarno Film Festival. The film is a destabilising journey with majestic undertones into the history of China, through it being closed off and then opened up to the world, through its transformations and difficult reconstructions. A surprising film that uses the portrayal of the impenetrable Uli Sigg to show us the hidden side of a complex and mysterious country.

Uli Sigg, an entrepreneur, ambassador and, above all, a collector of Swiss art, played a major role in the economic opening-up of China after the death of Mao. Let’s not forget that for 12 years, starting from the end of the 1970s, Sigg ran Swiss company Schindler, the first joint venture to be established in Beijing. For many years, he was charged with the difficult task of convincing communist China of the benefits of the European economic market: an apparently impossible feat that Sigg successfully pulled off by relying on his charisma and innate sense of diplomacy. During the long periods of time he spent in China, first as the Managing Director of Schindler and then as Swiss ambassador to China in Beijing, Sigg put together one of the biggest collections of Chinese contemporary art.

Michael Schindhelm got to know Uli Sigg whilst shooting his documentary Bird’s Nest, and was immediately captivated by him: determined and pragmatic, but aware of the power of art. Despite occupying important official positions, the Swiss collector always stayed in touch with the world around him. Perhaps it’s his diplomatic gifts that gave him the freedom necessary to observe Chinese society up close and personal. Sigg bore witness to the reawakening of the country during the time of the Open Door Policy, through the countless trips, negotiations, observations and changes he was involved in. The Swiss collector was not only part of the transformation of China, but also and above all became an analyst of this transformation. His aim, going beyond his official duties, was to understand what was going on using the most powerful weapon of all: art. Sigg became not only a collector, but a friend and confidant of some of the biggest names in Chinese contemporary art as well: Ai Weiwei, Feng Lijun and Wang Guangyi. Michael Schindhelm wanted to use his documentary, which is subdivided into chapters illustrated with evocative ‘tableaux vivants’, to portray the two sides of a character who managed to keep looking outwards from the highest political spheres onto a culture that had to hide to survive. Chinese contemporary art represents a unique account of the transformation of China. The majestic and unsettling sequences in The Chinese Lives of Uli Sigg are, in turn, like paintings within another painting, the screen, symbolising the impossibility for Chinese artists to leave a world that has remained underground for too long. The latest documentary by Michael Schindhelm is an intimate yet delicately icy portrait of a character who nurtures mystery like a defence weapon. It is up to audiences to decipher the secret code.

The Chinese Lives of Uli Sigg was produced by T&C Film, SRF, RTS and RSI, and is being sold internationally by Autlook Filmsales. It was released in German Switzerland on 18 February and in Romand Switzerland on 13 April. Its screening at the Locarno Film Festival heralds its premiere in Italian Switzerland.

more about: The Chinese Lives of Uli Sigg

The Chinese Lives of Uli Sigg, the hidden side of an incomprehensible country 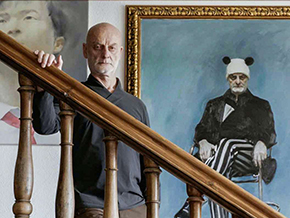 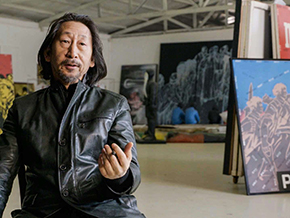 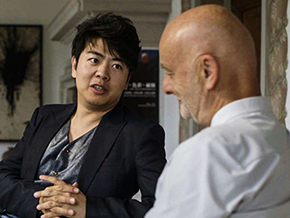 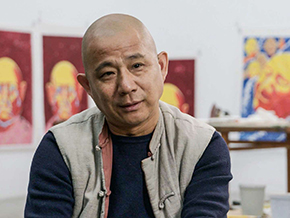 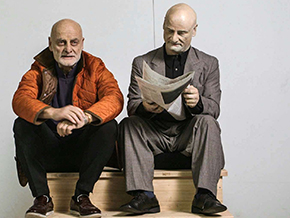 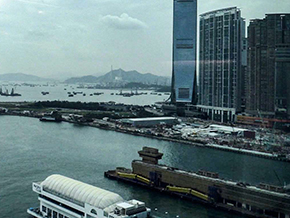