The Apple of My Eye, a scathing and brazen comedy about diversity

08/08/2016 - LOCARNO 2016: French director Axelle Ropert throws the rule book on political correctness out the window to bring us a comedy that’s ‘rough’ and unpredictable, just like life

Mélanie Bernier and Bastien Bouillon in The Apple of My Eye

A boy, Théo (a bouzouki player, Bastien Bouillon) meets a girl, Elise (the surprising Mélanie Bernier). They live in the same building, and share a passion for music, along with a life marked by what society commonly (too commonly) refers to as ‘diversity’: Elise is blind (although Théo doesn’t immediately notice) and Théo wants to be a talented musician although he’s somewhat lacking in talent. Both belong to a difficult generation, which must come to terms, in the best way it can, with the difficulties of an increasingly uncertain future. Their first encounter, in the lift, is catastrophic; they instinctively hate one another, but as the saying goes, ‘hate breeds love’. A ridiculous pretence (or rather, a lie) gradually brings them together, but at what price?

The Apple of My Eye was born from the director’s casual observation of an everyday scene: the apparently mundane scene of a blind mother accompanying her daughter to school, which Axelle Ropert nonetheless found extremely moving, as well as embarrassing and emotionally powerful. Making the ridiculous into something beautiful is the point of departure of The Apple of My Eye, a magnificently insolent tragicomedy about diversity. Axelle Ropert manages to transport the audience into her world, which is made up of characters bordering on the burlesque (although always extremely contemporary), false levity and refreshing (French-style) comedy with grace and elegance, in her own good time. The film slowly but surely works its magic, and despite its attempt at theatricality (reminiscent of Lubitsch), the characters show themselves to be incredibly compassionate and moving. It is precisely this unexaggerated humanity that gives the film its light and never vulgar feel, a common thread in all of Ropert’s films. The way in which the director manages to broach the issue of blindness without false modesty or pity is surprising. Elise is blind, that’s a fact, but her life isn’t lonely and unhappy life as a result. What she wants is to be seen for what she is and not through the distorting prism of her disability. Théo treats her like he would any other person, with contrived arrogance and apparent disinterest, and this is exactly what Elise is looking for.

The latest piece by Axelle Ropert echoes the audacity and elegance of classic American cinema: exaggerated but always measured, light but never superficial. Benjamin Esdraffo’s music (without forgetting the traditional Greek bouzouki melodies) weaves between the images like a light breeze that nonetheless carries hints of a storm. Indeed, despite the apparent levity of the characters, their world is at boiling point. The dialogues, which are perfectly calibrated, become music in turn: warm and joyful.

more about: The Apple of My Eye

Starring Fabrice Luchini, Camille Cottin, Alice Isaaz and Bastin Boulilon, Rémi Bezançon's film was produced by Mandarin and is being sold by Gaumont

The Trouble With You: Shooting just around the corner for Pierre Salvadori

The Apple of My Eye, a scathing and brazen comedy about diversity

Axelle Ropert and Julien Samani to compete for the Golden Leopard 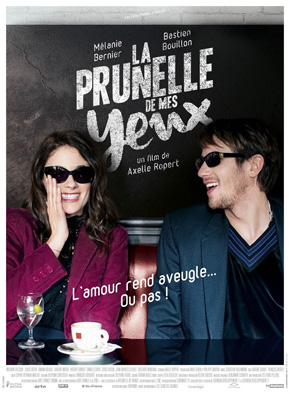 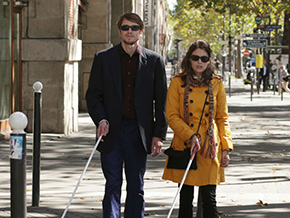 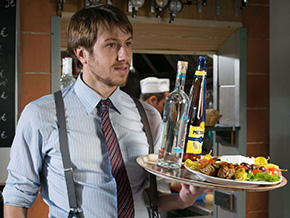 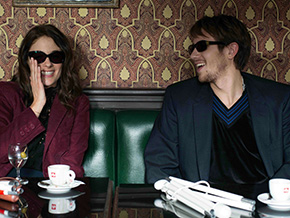 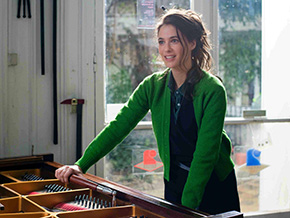