LOCARNO 2016 Out of Competition

09/08/2016 - LOCARNO 2016: In his latest film, Nicolas Wadimoff gets under the skin of an impenetrable figure whose convictions have become his raison d’être. “Forever, until victory!”

With his ebullient revolutionary spirit, young Jean Ziegler finally found his calling after a (near-mythic) meeting with Che Guevara in 1964. Instead of taking him with him, el comandante ordered him to remain in Switzerland to take on the “mind of the capitalist monster” from within. With this command, Guevara saved his life; at the same time, he tasked Ziegler with a mission that he would never abandon in all his 82 years of life. In Jean Ziegler, The Optimism of Willpower [+see also:
trailer
film profile], presented out of competition at the 69th Locarno International Film Festival, Swiss director Nicolas Wadimoff gets under the skin of this impenetrable figure whose convictions have become his raison d’être.

Since that decisive moment, the chameleonic Ziegler has gone through a number of incarnations: writer, professor, politician and advisor to Kofi Annan. But he has never ceased in his pursuit of those responsible for the feverish embrace of capitalism; those to blame for the hunger that still blights the world. But Ziegler is no Che, and he knows it. All he can do now is try to honour the promise he made, by fighting on, inexhaustibly, with the weapons he can manoeuvre like nobody else: the word that speaks directly to the heart, the tongue that sears, the look that inflames. Shielded by the protective shell of his intellect, Jean Ziegler seems to be able to weather any storm, always managing to cast off the shadowy doubts that, inevitably, have at times held him in their grasp. But are his beliefs powerful enough to hold on to a changing Cuba that is being pulled in dangerous new directions? To find out, we head to the Pearl of the Antilles itself. And if his dream should shatter? And if it should all turn out to have been an illusion?

As Ziegler himself recognises, he has lived his life askance; far - very far - from a deep examination of himself or the real world surrounding him. Wielding his adamantine convictions, he has always kept closely to the path drawn by Che himself, who has been a kind of idealised alter ego, almost hallowed in Ziegler’s eyes. Drawing on his rich experience as a filmmaker, Nicolas Wadimoff turns the tables on Ziegler, placing him face-to-face with his own reflection, with reality; trying to pierce through the outer shell formed from irony and the small and not-so-small provocations that he meets with daily. Who is hiding beneath Ziegler the “guerrilla”? The director attempts to answer this question through the imagery of his film, capturing stolen moments in the chinks of a schedule so tightly packed that it leaves no time to reflect on the mission itself; the one true objective of a life that seems to be moving far too fast. This is how, through the filmmaker’s lens, we see Ziegler; his image fracturing into innumerable pieces and losing itself in the complexity of a man with a thousand (hidden) faces. When Ziegler approaches the glassed-in slab holding the stretcher on which Che’s corpse was laid, his body folds, his image, reflected in the glass, superimposed on that of the stretcher as if he were longing to take Che’s place. Despite all his hard-fought efforts, the regret of never having set foot on the battlefield needles Ziegler like an invisible wound, inflaming a sense of guilt that he will never overcome. Wadimoff tells us what Ziegler doesn’t want to reveal, using a language, film, known only to him. To take on Jean Ziegler through the medium of words would have been an impossible task, and so it is through film that the director closes in on his subject. Incapable of countering this thrust, Ziegler is conquered, acquiring a hue of humanity that suits him just perfectly.

International rights to the film are held by Autlook Filmsales.

more about: Jean Ziegler, the Optimism of Willpower

Carlo Chatrian, the artistic director of the Locarno International Film Festival, talks to us about the 69th edition 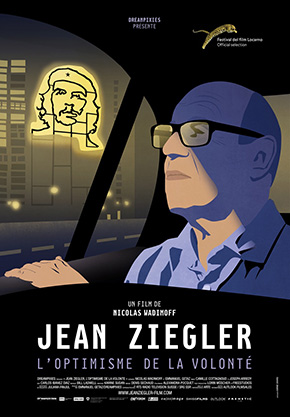 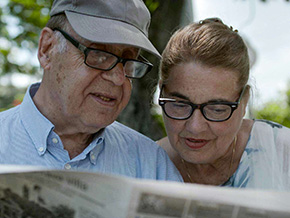 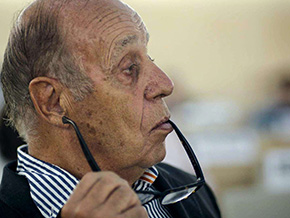 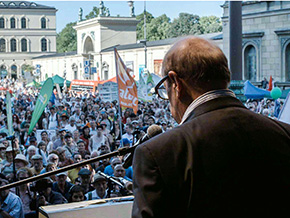 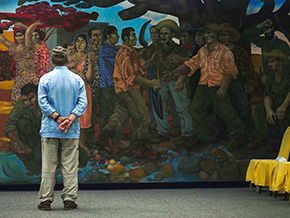 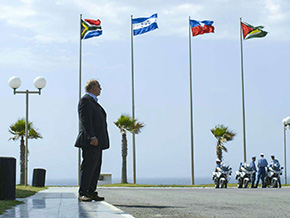 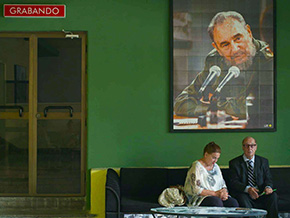 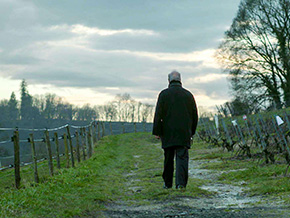