The Young One, a glorious and epic tale about an ordinary man

11/08/2016 - LOCARNO 2016: The debut fictional feature by Julien Samani casts us out to sea, on board a huge imaginary boat where the very concept of humanity is put to the test

Kévin Azaïs in The Young One

After his 2004 documentary La peau trouée, a masterful piece about shark fisherman in Ireland, French director Julien Samani decided to once again set sail on board a huge vessel, inhabited by ethereal yet extremely physical, calm and violent characters, in his first fictional feature, The Young One [+see also:
trailer
film profile], which is being shown in competition at the 69th Locarno Film Festival.

Zico (Kévin Azaïs), the protagonist, is sick of his monotonous everyday life in Le Havre, which is just too peaceful for his liking. His dreams carry him far far away, which is why he decides to set sail on a cargo ship for a geographically uncertain destination with profound symbolic value. The journey is symbolic of rebirth and soul-searching, an ongoing exercise in which what counts is not the destination, but the intensity of the here and now. The sea, a boundless mirror in which to discover your deepest self, frames (and imprisons) an overwhelming human adventure in which you have to lose yourself to find yourself. The journey allows Zico to face his fears, and the tension continues with the rest of the crew: the unstable and mysterious captain played by Jean-François Stéverin and his faithful first officer played by Samir Guesmi, without forgetting court jester Moctar (Lazare Minoungou) and the way the ship is constantly breaking down put his dreams of escaping in jeopardy. And so begins an tireless fight against the adversities of nature as well as, and above all, the dark side of humanity. ‘Homo homini lupus’ (‘man is wolf to man’) is the mantra that accompanies the cargo ship as it leaves Le Havre, a sort of refuge from the world as well as an arena in which you must fight for survival.

Julien Samani brings us a modern, mysterious and adventurous interpretation of Joseph Conrad, a sort of cinematographic tribute to a writer and a novel (Youth) that Samani deeply loved. “Literature is a form of nourishment for me” states the French director, who decided, with this film, to leave the world of documentary film behind to take on fiction. Even his early films hinted at this desire to escape, to go right up to the border between reality and fiction. In the case of The Young One, the mystery and dreamscape is enclosed within the ship that leads to the protagonists to a dreamt-of Africa, unreal and powerful. Theirs is a symbolic epic in which the sea becomes the metaphor for their personal transformation, and the claustrophobic labyrinth inside this steel monster the reflection of their inner torments. Zico must fight to maintain his balance as he teeters on the border between two worlds: the calm innocence of his dreams and his harsh and violent encounter with a brutal reality that’s all about survival of the fittest.

The Young One, like the director’s previous films, is inhabited exclusively by men who fight an unexpected and wild nature. Basically, it centres around a male-oriented universe in which the myth of superman gives rise to a world built on heightened emotions, broken dreams and sensuality. It’s like the film unfolds within a dreamlike dimension that gains the upper hand over the narration. The journey is simply a pretext for talking about the profound feelings that drive the characters, in particular Zico. Ulysse Klotz’s music (which he composed with the director himself), as enticing as the song of a siren, tastefully accompanies the images, many of which are aesthetically very majestic, giving them a rough yet melodious finish. A film as poetic and unpredictable as the sea itself.

more about: The Young One

The two actors play the leads in Sylvain Labrosse’s feature debut, which is set to start shooting soon and is being produced by La Vie est Belle and Oriflamme

The Young One, a glorious and epic tale about an ordinary man

LOCARNO 2016: The debut fictional feature by Julien Samani casts us out to sea, on board a huge imaginary boat where the very concept of humanity is put to the test

Axelle Ropert and Julien Samani to compete for the Golden Leopard

The Apple of My Eye and The Young One will participate in the international competition, as well as four French minority co-productions

The Ornithologist and Correspondências to compete at Locarno

The Swiss festival will once again receive a strong contingent of Portuguese features and shorts; the new films by João Pedro Rodrigues and Rita Azevedo Gomes stand out in competition

The filmmaker is adapting Don DeLillo with a cast that includes Mathieu Amalric, Julia Roy and Jeanne Balibar; production is being handled by Alfama Films 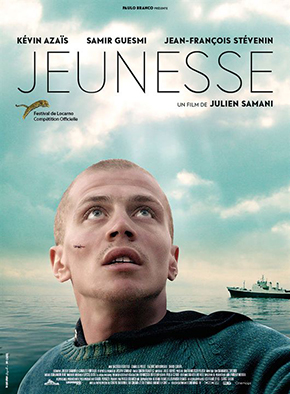 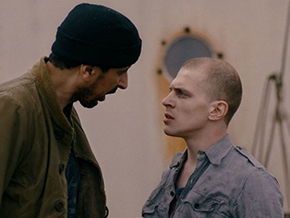 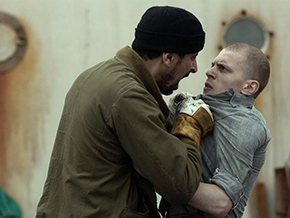 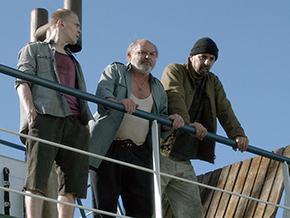 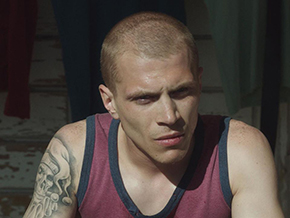 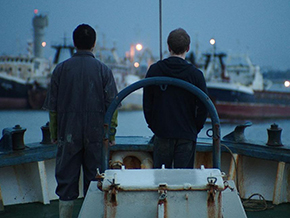 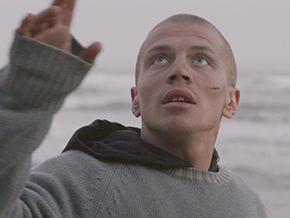 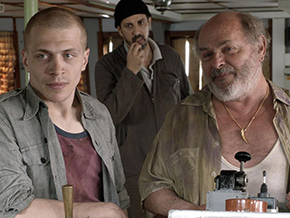