The Black Pin: A well-crafted movie from a little-known film industry

Nikola Ristanovski in The Black Pin

Montenegro does not produce many feature films, which you might have noticed from the lack of stories about this country's cinema on Cineuropa, but also on other film-industry outlets. However, things look set to change, with a national film centre to be established in Podgorica in the next few months and one of the early entries on the international festival scene recently screened in Sarajevo's competition: The Black Pin [+see also:
trailer
interview: Ivan Marinovic
film profile], written and directed by first-timer Ivan Marinović.

The film is set on the Luštica peninsula, the southern part of the Bay of Kotor, a historically distinct part of Montenegro, which has for centuries been under the direct control or strong influence of Venice. Nowadays, Luštica and the rest of the coastal region are a hotelier's dream come true, and Russian money has been flooding into the country in huge amounts in the last ten years, the investments going through the corrupt government and enriching only a very small political-financial elite. Therefore, landowners in these areas have to be careful to avoid getting swindled by middlemen, but still they see their only chance for a normal way of life through selling their plots.

In the film, priest Peter (Macedonian actor Nikola Ristanovski, excellently handling the lead role) does not want to sell his plot. Although he does not seem to have much religious faith left (one of his early lines goes: “If you're miserable in this life, most likely it will be the same in whatever comes after”), he feels a responsibility towards his family and parish. Since his wife left him, he has been living with his senile mother (legend of Yugoslav cinema Jelisaveta Seka Sablić) and rebellious teenage son Djordje (debutant to watch Filip Klicov), while trying to handle the frustrating mix of superstition and misinterpreted religion exhibited by his parishioners.

But his plot is exactly what villagers who have found a buyer lack in order to sell their land. Without Peter's bit, there is not enough land to close the deal. So a group of would-be sellers, led by Savo (Croatia's Leon Lučev) and Niko (Serbia's Ljubomir Bandović), with cunning assistance from seasoned sailor Dondo (regional star Bogdan Diklić), try everything to convince him to sell – from friendly persuasion to incredibly creative ways of making the villagers hate him. This, of course, includes feeding their superstition, and a handy occasion is the funeral of an old woman rumoured to be a witch.

Marinović makes fantastic use of the gorgeous Luštica landscapes, and takes great care to design interior scenes and lighting together with DoP Djordje Arambašić (who proved his talent on The Disobedient [+see also:
trailer
film profile] and Panama [+see also:
film review
trailer
film profile]). But more importantly and interestingly, in this story, which owes a lot to peculiar local mentality, the director avoids cheap sarcasm and obvious dialogue jokes, which are so typical of Balkan comedies. The result is a well-crafted film that could, with proper planning and placement, find its way into both regional multiplexes and international festivals looking for lighter, but still artistically accomplished, fare.

The Black Pin is a co-production between Montenegro's Adriatic Western and Serbia's EED Productions, handled internationally by Belgrade-based Soul Food.

more about: The Black Pin

The Film Centre of Montenegro has announced the results of its competition for production, project development and script development 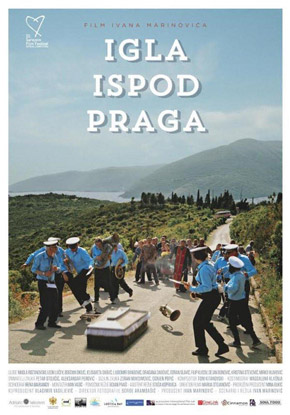 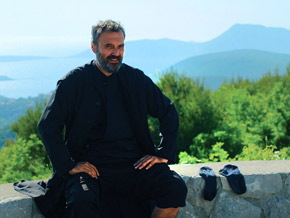 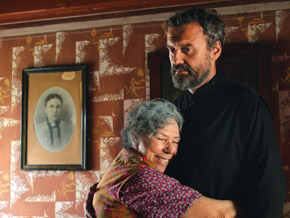 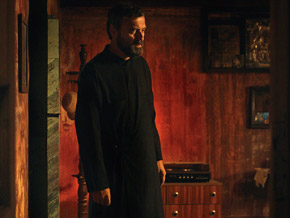