Wim Wenders, Peter Handke and The Beautiful Days of Aranjuez

02/09/2016 - VENICE 2016: The drama shot by the German director in 3D is based on a play by the Austrian writer, in the first version in French written for Sophie Semin

Reda Kateb and Sophie Semin in The Beautiful Days of Aranjuez

Peter Handke and Wim Wenders have been friends since 1966, and have worked together on several occasions, from The Goalkeeper’s Fear of the Penalty and The Wrong Move to Wings of Desire. The Austrian writer and German director have reunited to work together in a very special way with The Beautiful Days of Aranjuez [+see also:
trailer
film profile], which is being shown in competition at the Venice Film Festival.

The "summer drama" that Wenders shot in 3D is based on a play by Handke which hit the stage in Germany in 2012, in the first version written exceptionally in French for Sophie Semin, the French actress Handke has been married to since 1990. Sophie stars in the film along with French actor Reda Kateb, joined by German actor Jenze Harzer in the role of Handke himself. They are the only actors in the film, with the exception of two cameo roles by Nick Cave, who plays the piano and sings his song Into My Arms, and Peter Handke, who busies himself in the background as the gardener.

The film, which was produced by Wenders (for Neue Road Movies) with Paulo Branco (for Alfama Films, which is also handling international sales), opens with Perfect Day by Lou Reed playing over postcard images of Paris, still yet floating in 3D, which the experimental Wenders wanted to once again use as a way of opening new possibilities for participating emotionally in the story and engaging with the characters. The scene changes straight away and definitively to the garden of a villa not too far from the capital, in which the French pair of friends starts a sophisticated but relentless game: sharing their sexual experiences, their most secret and unmentionable memories.

In the study of the villa that faces onto the garden, a writer is imaging and writing down the dialogue between them. He writes in French but his mother tongue is German. Although there’s a tablet on the desk, the writer is using a typewriter, just like Handke, who is allergic to technology.

It’s easy to see how this text could represent an act of love of a poet for his French loved one, chaste yet brazen at the same time, who is deeply honest in her own chaos, measuring the distance between men and women and revealing the battle against the hostile spirit that dominates the body and soul. "Anything we love is lost right from the start". Wenders’ direction of this dialogue is a 3D pop-up book that we flick through page after page, revealing a type of film that keeps trying to push the borders.

more about: The Beautiful Days of Aranjuez

Wim Wenders, Peter Handke and The Beautiful Days of Aranjuez

VENICE 2016: The drama shot by the German director in 3D is based on a play by the Austrian writer, in the first version in French written for Sophie Semin

Malick, Wenders, Kusturica and Piccioni in the running for the Golden Lion

A barrage of hopefuls for the Croisette 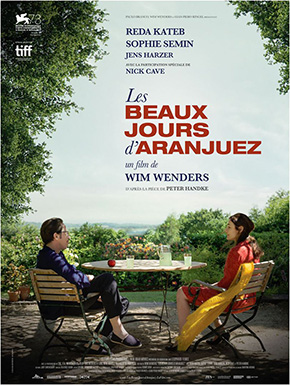 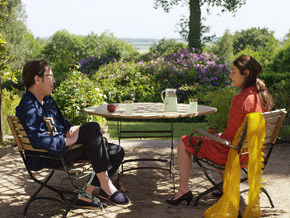 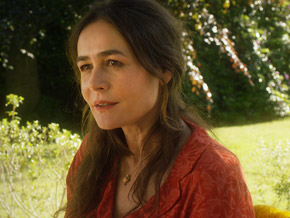 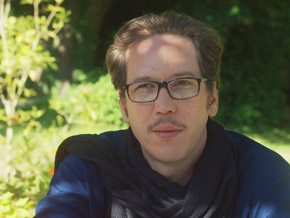 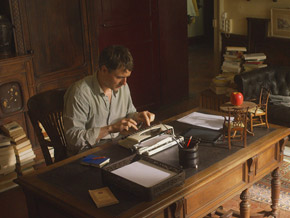