A ringing in the Ears

DoP Francesco di Giacomo, who also worked on Piero Messina’s The Wait [+see also:
film review
trailer
interview: Lou de Laâge
interview: Piero Messina
film profile], lenses the absurd day of a nameless man (Daniele Parisi) who wakes up with a ringing in his ear and a note on the fridge: “Your friend Luigi is dead! I’m sorry. PS: I took the car.” This is the jumping-off point for an uproarious comedy about a hapless man who now needs to figure out who Luigi is and what is wrong with his hearing. Detailing the twists and turns of the story would result in ruining Aronadio's Eeyorish and sardonic take on our human condition. His even-keeled satire spares nobody: the clergy, hospitals, artists, publishers, and even the protagonist’s girlfriend, friends and mother, portrayed as a free spirit who left her family to go and discover her true self in India. The Kafkian situations in which the protagonist is inadvertently ensnared beget a series of overwhelming conundrums that haunt Parisi’s character from start to finish. The convoluted series of grotesque events herald the real objective of the director: to question everything. The ringing in the man’s ear is a constant reminder that something is not right. The protagonist wanders the streets of Rome looking for answers and, ultimately, for an objective in life – it is no coincidence that the first people he meets are two nuns and the last one is a priest; the archetypal question “Do you believe in God?” is a recurrent leitmotif throughout the film.

The black-and-white cinematography, the understated acting and the dark comedic style inevitably create a parallelism with the award-winning tragicomedy A Coffee in Berlin by director Jan Ole Gerster. In Ears, though, Aronadio goes one step further, bending the rules of composition to serve the higher purpose of trapping the protagonist in a claustrophobic and stifling space. The decision to leave the main character nameless enhances the universality of the message: we are all part of this mad world, and if we stopped for a second to listen to the ringing in our ears, we might also disrupt the monotony we live in and catch a glimpse of the madness surrounding, and involving, us. The devil is in the detail, as they say, and in this case, it’s in the sad smile of the protagonist’s girlfriend; a smile that betrays the dispiriting feeling that something is not right.

Aronadio recently completed penning the screenplays for Edoardo Leo’s Che vuoi che sia [+see also:
trailer
film profile] and Guido Chiesa’s work in progress Classe Z, proving that he is equally comfortable helming his own writings and penning scripts for other directors. The film will most likely get a ticket to further festival berths, and judging by the warm reception that the movie had at Venice, Italian audiences will soon be able to go and watch it at their nearest cinema.

VENICE 2016: Cineuropa caught up with Italian director Alessandro Aronadio, who presented his feature Ears in the Biennale College – Cinema section at Venice

Alessandro Aronadio directs a comedy that plays on the religions, beliefs, myths and superstitions of our times, in Italian cinemas from 29 March

The new film by the director of Ears is now in post-production; the cast includes Edoardo Leo, Margherita Buy and Giuseppe Battiston

The ninth edition of the film gathering will unspool in Syracuse from 15-22 July; the feature competition will be opened by Annarita Zambrano’s After the War 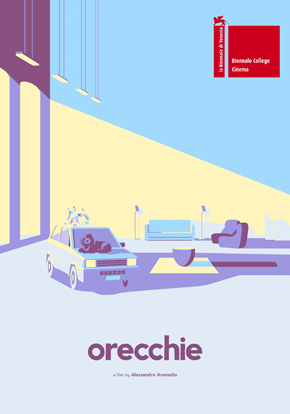 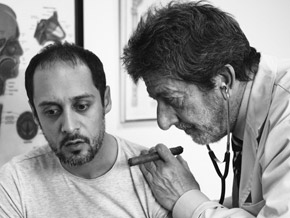 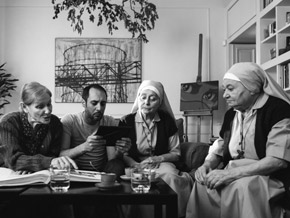