Brimstone: A chink in Hollywood's armour

The out-and-out western makes a comeback with Brimstone [+see also:
trailer
Q&A: Martin Koolhoven
film profile], in competition at the Venice Film Festival. This genre, which seemed dead and buried for years, has seen only a few attempts to revive it in recent years. Now, at a festival hosting several other titles that revisit and rewrite the rules of the western, such as Ana Lily Amirpour's The Bad Batch and Antoine Fuqua's The Magnificent Seven, we also find Brimstone – a title helmed not by a US director, but rather by Dutch filmmaker Martin Koolhoven.

Koolhoven proved to be a hit with audiences thanks to his comedy Schnitzel Paradise [+see also:
film review
trailer
interview: Martin Khoolhoven
interview: Mimoun Oaïssa
film profile] in 2005, followed by Bonkers [+see also:
trailer
film profile], Happy Family and Winter in Wartime [+see also:
film review
trailer
film profile], which won various awards at festivals and also did well at the box office. With Brimstone, the 47-year-old director from The Hague has for the first time tried his hand at an English-language movie and a bold European co-production involving the company created by the director himself together with Els Vandevorst, N279 Entertainment, in addition to Germany's X-Filme, Belgium's Prime Time, France's The Jokers and Sweden's Dragon Films, with backing from the Netherlands Film Fund, and sold internationally by Embankment Films.

Koolhoven entrusted the lead role in this dark Gothic western to the glowing face of Dakota Fanning, who is persecuted by a merciless Guy Pearce, playing the part of a disturbing preacher entirely clad in black (not since Lawless has Pearce seemed so terrifying). They are flanked by Kit Harington (of Game of Thrones fame) and Carice van Houten, the director's muse (who also stars in the aforementioned TV series). The film, which is split into biblical chapters (1. Revelation, 2. Exodus, etc), begins in a tiny village in the Wild West, where young, mute woman Liz lives with her husband, one of his sons and their young daughter. Liz helps local women to give birth, but just as the shady preacher appears in town, she is involved in an accident: a baby is about to be born feet first, and Liz is forced to sacrifice the unborn child to save the mother. We soon discover that the man of the cloth has actually come for her, to seek revenge for a murder that the young woman is allegedly responsible for. In this gloomy first chapter, the viewer is not spared a few horror-movie-style "boos" and an unsettling degree of brutality, including the wrapping of a man's guts around his neck while he is still alive. It is essentially a self-homage to the director's earliest, extremely edgy works, such as the TV movie Dark Light, which included a pig-slaughtering scene.

In the second chapter, the film jumps backwards in both time and space, whisking us away to a brothel where the teenage Liz is welcomed and initiated as a prostitute. We thus begin to discover the origins of this strong, courageous woman who started out in unforgiving surroundings – which only the borderlands could provide. The film incorporates violence, religion (incidentally, today was the big day for Sorrentino's The Young Pope) and women's liberation, with the odd hint of déjà vu and a few too many oversimplifications. Nevertheless, any attempt to make a chink in the armour of the Hollywood film business – a goal that is accomplished from time to time by the Europeans – is always worthy of praise.

“If it’s too easy to watch, I’m doing something wrong”

BERLIN 2018: In a well-meaning, if not entirely successful, feature presented out of competition at Berlin, Irish director Lance Daly takes on the Great Famine and ends up with a western

On Body and Soul takes home the main prize from Camerimage

The 25th edition of the Polish festival dedicated to the art of cinematography welcomed David Lynch, John Toll, Kenneth Branagh and DoPs from all over the world

Fien Troch triumphs at the Ensors with Home 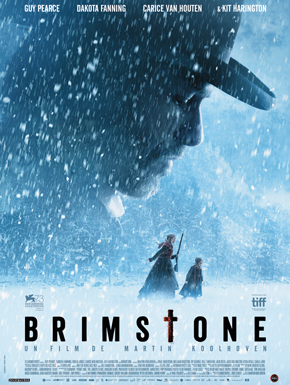 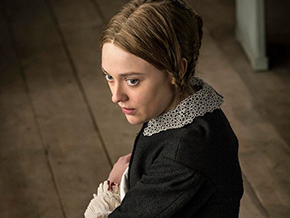 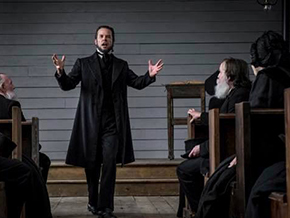 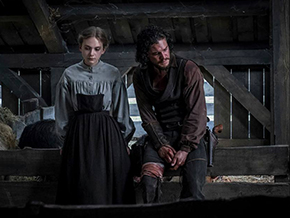