04/09/2016 - VENICE 2016: The first Italian film in competition for the Golden Lion, by Massimo D’Anolfi and Martina Parenti, is a voyage through the elements in search of the “marvellous spiral”

"In the beginning, there was nothing, only Inyan, the Rock, the spirit that created Maka, the Earth..." The long journey of Spira Mirabilis [+see also:
trailer
film profile], the first Italian film in competition at the Venice Film Festival, by Massimo D’Anolfi and Martina Parenti, starts off with the words of Leola One Feather, a sacred woman for the North American Lakota people. It takes us on a journey through the elements in search of that “marvellous spiral”, as defined by mathematician Jacob Bernoulli, the radius of which increases as it turns, and whose curve “winds” around its centre point without ever actually touching it.

And so we have another documentary in competition at an international festival, at a time when distinctions between genres are becoming ever subtler – although this is not helped by the overly cautious decisions of the mainstream circuits. D'Anolfi and Parenti's most recent projects have managed to reach quite an audience: in 2013, Dark Matter [+see also:
film review
trailer
film profile] was presented in the Berlinale Forum and then began a long festival run, picking up various awards, and in 2015, The Never Ending Factory of the Duomo [+see also:
trailer
film profile] was premiered at the Locarno Film Festival and was then picked up for distribution by Lab80. The directors define themselves as two artisans of cinema: they write, shoot and edit their films all by themselves. In the last ten years – that is, since they started working together – their only external collaborator has been Massimo Mariani, a musician and sound editor.

Spira Mirabilis was born of the knowledge of a Japanese man, Shin Kubota, a professor in the Marine Biology Department of the University of Kyoto, who studies the Turritopsis, a small jellyfish, the only living being able to reverse its life cycle and be reborn: it is thus biologically immortal. Kubota is sure that by studying it, the mystery of immortality can be solved and the solution applied to human beings, medicine and science in general. Every day for the last 15 years, he has gone to his little marine biology laboratory on the beach in Shirahama to look after hundreds of these tiny, billowing, "magic" beings.

We are whisked away from Shirahama to Wounded Knee, Milan and Bern, in a tribute to research and the drive for immortality; from water, to fire, air and earth. We meet Leola One Feather and Moses Brings Plenty, a sacred woman and spiritual leader, and their small Lakota community that has spent centuries struggling against a society that wants to annihilate it. We see the statues of Milan Cathedral undergoing continuous refurbishment, and Shin Kubota, who started out as a learned marine biologist and has now become Mr Immortal Jellyfish, a minor local celebrity. And then there's Felix Rohner and Sabina Schärer, a couple of musicians who invented the steel pans – metal instruments-cum-sculptures. We travel to Bern, where for over 30 years they have been dedicating their efforts to studying Helmholtz resonance – the sound produced when we blow across the top of a bottle – in order to construct their unique sound sculptures.

When Spira Mirabilis seems to have finally exhausted the four elements and found its main characters, the film then offers a guide to accompany us on the journey. A text by Borges, The Immortal, tells the tale of a never-ending, labyrinthine journey, on which we find ourselves transformed into the starting point. Marina Vlady, the star of Welles', Godard's and Ferreri's movies, reads the story in an old movie theatre. This is cinema that continuously rises from its own ashes – nothing of wars, the Arab Spring, economic crises or social conflicts. D'Anolfi and Parenti take a good look at the finest part of humanity, through hypnotic, dream-like images, which are blended in with archive material.

As a project, Spira Mirabilis was awarded by the Milano Film Network Atelier; it is an Italian-Swiss co-production by Montmorency Film and Lomotion, with Rai Cinema and SRF Schweizer Radio und Fernsehen/SRG SSR, and is being sold by The Match Factory. It will be released in Italy on 22 September, courtesy of I Wonder Pictures.

The 3rd edition of Milano Industry Days set to go ahead

The 3rd edition of the Milano Film Network initiative, which includes two days of professional pitching and networking, is due to take place from 4-5 December 2017

During Pitching du Réel at the Nyon DOC Outlook International Market, Cineuropa met with director Eva Zornio and producer David Fonjallaz to talk about their project My Father, Tinder, and I 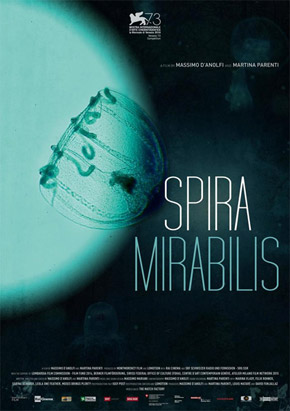 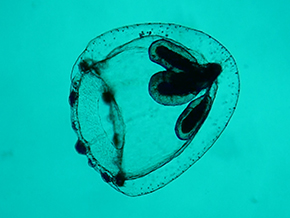 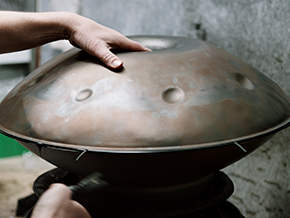