The Constitution: Striving for equality

06/09/2016 - In Rajko Grlic's film, a Croatian teacher reads the constitution to a dyslexic Serbian police officer to thank his wife, who gave him medical assistance in his hour of need

Dejan Acimovic in The Constitution

Director Rajko Grlic and his long-time friend Ante Tomić penned the controversial script for the Croatian-Slovenian-UK-Czech co-production The Constitution [+see also:
trailer
interview: Rajko Grlić
film profile], which won the Grand Prize of the Americas for Best Film in the World Competition section of the 40th Montreal World Film Festival. Their initial intention was to shoot an adaptation of Tomić’s book The Miracle in Viper's Glen but, faced with the miniscule funds that the Croatian Audiovisual Centre granted them, they opted to develop a new story that would require a smaller budget to produce. Tomić knew that the film had to revolve around the character of a transvestite after he listened to the Mary Gauthier song Drag Queens in Limousines.

Vjeko (Nebojsa Glogovac) is a quinquagenarian Croatian teacher ostracised and ridiculed because of his homosexuality. His only respite comes when he wears his favourite dress with small accoutrements and remembers the good times he spent with his late fiancé, who was torn away from him by a premature, painful death. Downtrodden by his indigent, gruff father (a high-ranking Ustasha officer during the Second World War) who never accepted his homosexuality, Vjeko now looks after him, reminding him of all the hardships he put him through while growing up. One night, as he’s walking the streets of Zagreb as Katarina, he is attacked by a pack of hateful wingnuts and is taken to A&E, where he is welcomed by his neighbour, Maja (Ksenija Marinkovic). She will help him recover from the beating over the following days and replace him as a carer for his father, who is laid up in bed after having endured an above-the-knee amputation to both legs. As a thank-you, Vjeko agrees to read the Croatian constitution to her dyslexic husband, Ante (Dejan Acimovic), who needs to pass an exam in order to keep his job as a police officer. Vjeko is Croatian, and he is prejudiced against Ante because of his Serbian origins, but as the two get to know one another, they both gradually learn the true meaning of the Croatian constitution.

The Constitution is a whistleblowing film that touches on a series of social, political and ethnic issues still unresolved in the former Yugoslav territories. Vjeko is a plucky, finicky teacher and a kind friend, but after purporting all his life to be someone he’s not for fear of being physically persecuted and stigmatised, he has become bitter and overly cynical. Ante and Maja are a couple strapped for cash, trying to get all of the permissions they need to adopt a child. They all live in the same building, but share very different backgrounds and takes on life – a perfect metaphor for modern-day Croatia. Hubris and prejudice are at the core of the film, and they are pointed out as the main causes of a rickety society founded on wrath and hatred. Even the nicest people fall victim to it, and instead of paying attention to the real threats (represented in the film by a degenerate who kills dogs with poisonous sausages), they end up harassing and oppressing the good people.

Addressing a delicate topic such as brutality towards minorities could have easily resulted in a mawkish film aimed at stirring the audience to tears, but writer-director Grlic has succeeded in portraying a slice of Croatian society without it resulting in a pedantic and didactic finished product. The film was produced by Ivan Maloča for Zagreb-based Interfilm, and it will certainly generate a great deal of controversy in its home country.

more about: The Constitution

"It's a mosaic of unpleasant questions for current Croatian society"

The Dutch director's multi-character drama takes place on a ferry between Morocco and Spain, in a co-production between Revolver Amsterdam, A Private View and Nukleus Film

The Croatian Audiovisual Centre has announced the results of its funding competition in all categories, including minority co-productions

The 13th edition will run from 14 March to 1 April with a competition, a focus on the Baltic countries, tributes and multiple events

The ZFF's industry sidebar presented a wide variety of events, master classes and panels, including a pitching forum for student films from the region 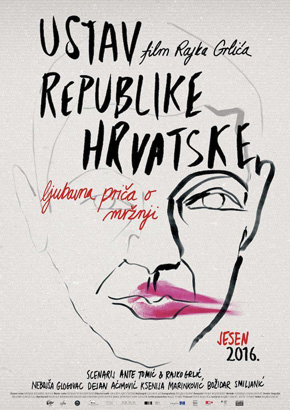 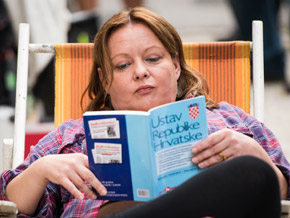 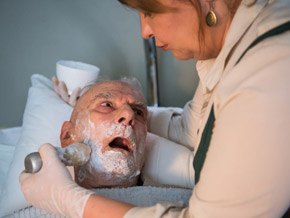 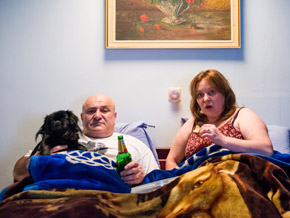 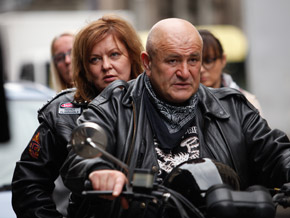 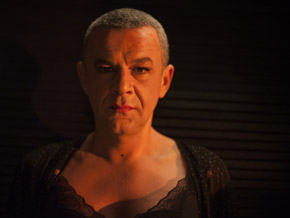