08/09/2016 - VENICE 2016: In the biopic by Chilean director Pablo Larraín, the actress plays First Lady Jacqueline Kennedy in the days following the assassination of JFK

Natalie Portman is most definitely eyeing the Volpi Cup (and the Oscar) for Best Actress, thanks to her role as First Lady Jacqueline Kennedy in the biopic Jackie [+see also:
trailer
film profile] by Pablo Larraín, screening in competition at the Venice Film Festival and in the Platform sidebar of the Toronto International Film Festival. Flanked by Peter Sarsgaard, Greta Gerwig, Billy Crudup and John Hurt, the naturalised American, Israeli actress-director stepped into the shoes of the wife of President JFK for the Chilean director, recreating the hours and days immediately following Kennedy's assassination in Dallas on 22 November 1963. This is an intense, ambiguous portrait rich in undertones, depicting one of the most famous and, at the same time, least well-known women in the world, whom the director of shocking films such as Tony Manero, Post Mortem [+see also:
trailer
film profile] and The Club chose to portray from an unprecedented point of view – that of a woman who stood by a man who became a legend mainly thanks to her communication skills.

With his 2012 film No [+see also:
trailer
film profile], Larraín already demonstrated the power of communication, even against a dictatorship like that of Pinochet in 1980s Chile. Young Democrat John Kennedy arrived at the White House just as Pop Art was already revolutionising culture in a consumerist country, while the industry was calling on advertising agents to create a new mass market. Television, which had not been very successful when it was first introduced, became the totem pole of the household, grabbing the attention of one and all.

It was Jacqueline's idea to conduct the famous guided tour of the White House, which was broadcast on TV in 1962, and Larraín reconstructs this event as if it were stock footage, getting Portman to put on a show in Jackie's place. The rest of the film, beginning with an interview during which the widow demands full control, revisits the organisation of the funeral, a masterpiece of communication that saw the participation of one million Americans: the world is moved to tears as it sees little John who, as he is led by the hand, breaks into a military salute as his father's coffin passes by. Jackie knew only too well the conduct that a first lady always had to stick to, and she knew just as well about her husband's betrayals. She passes judgement in front of a reporter and his pen: “There are two kinds of women: those who want power in the world and those who want power in bed."

The film was produced by Jackie Productions Ltd (UK), LD Entertainment (USA), Protozoa (USA), Fabula (Chile), Wild Bunch (France) and Why Not Productions (France), in conjunction with Bliss Media (British Virgin Islands), and is being sold internationally by IMR Insiders MadRiver International and Creative Artists Agency in the USA.

Shot in Poland but with dialogue in English, Łukasz Kośmicki’s movie is a spy-thriller that possesses both the strengths and the weaknesses of a period genre film

Alejandro Landes' film will be unveiled at Park City, before participating in the Berlinale's Panorama section, where Renaud Barret's documentary is also due to make its world premiere

Laughter is still a sure-fire hit in the movie theatres, as proven by Raid dingue, Alibi.com, Il a déjà tes yeux, The Climb and Rock'n Roll

Jackie, Free Fire and In Between triumph at Toronto 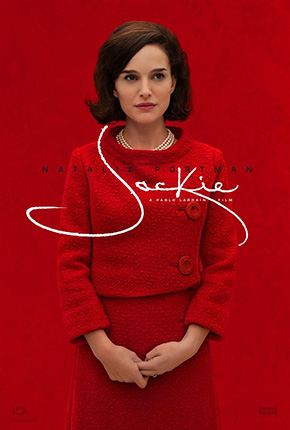 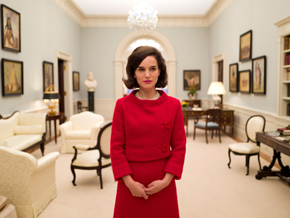 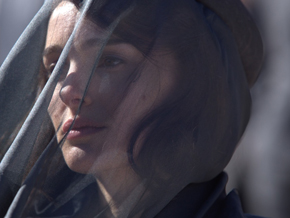