Paradise turns our thoughts once again to the Holocaust

09/09/2016 - VENICE 2016: Andrei Konchalovski returns to Venice in another bid for the Golden Lion, with this impressive film that ravels an entirely fictional story into the form of a documentary

Two years after winning the Silver Lion with The Postman’s White Nights, and thirteen years after he was awarded the Special Jury Prize for House of Fools, the now-legendary Andrei Konchalovski returns to the Venice Biennale to vie for the prestigious Golden Lion at the age of 79. With his latest film, Konchalovski aims to broach “one of the most terrifying moments of history,” namely, “the rise of the Nazi party and the extermination of millions of Jews who didn’t fit in to the ideal of the Aryan paradise.”

Paradise [+see also:
trailer
film profile] is precisely the chosen title for the film, born of its director’s conviction that “what happened should serve as a warning” and “must not be forgotten for even a moment.” Konchalovski has taken it upon himself to impart this message, taking us on a journey into what he believes was a historical necessity, in the latest in a seemingly endless stream of films that seek to immerse their audiences in the horrors of the Holocaust. This film, however, has something new to offer, taking a fresh approach in a number of ways.

Firstly, it is filmed entirely in sterile black and white (in complete contrast, for example, Franz [+see also:
film review
trailer
Q&A: François Ozon
film profile], a rival in this year’s competition) intended to bring a documentary feel to this dramatic chamber piece, which introduces us, one by one, to its three central characters. They are: Jules, an officer in the French police, who collaborates mercilessly with the Nazis; Olga, a Russian aristocrat and a member of the Paris resistance; and Helmut, a dashing German nobleman who pursues a career with the SS despite the moral misgivings he feels as he rises through the ranks. The film places each of the three characters face to face with the camera, in brief confessional interludes that mark out the plot as it unfolds, gradually revealing the connections between them.

Thanks to the strong character development (nicely done and not at all simplistic), the general soundness of the script (crafted by the director and Elena Kiseleva), the effective production (Ekaterina Vesheva) and the austere mise-en-scène, the film makes its sombre point slowly but surely, holding the audience’s attention throughout. The impression that we are watching a documentary is heightened by the excellent performances of the (intentionally) little-known cast. Unfortunately, however, and this is no stain on the commendable craftsmanship of the team behind the film, it leaves us with the unpleasant recollection of its final scenes—very much in keeping with Konchalovski’s own convictions about why it needed to be made.

Paradise is a co-production between Andrei Konchalovski Studios (Russia) and DRIFE Filmproduktion (German), in association with a number of other organisations including Eurimages, DFFF, FFF Bayern and the European Jewish Congress. International sales are being handled by ARRI Media Worldsales.

“Michelangelo was lucky to be considered a genius”

Russian director Andrei Konchalovsky tells us about The Sin, his film about Michelangelo and the special closing event of the 14th Rome Film Fest

Toni Erdmann, Land of Mine, A Man Called Ove advance to next round of voting

Three awards for Glory at the Gijón Film Festival

The Bulgarian film by Kristina Grozeva and Petar Valchanov has gone home from the well-established Asturian gathering clutching the Best Film, Best Screenplay and Critics’ Awards

VENICE 2016: The majority of the prizewinners are actors and directors from across the pond, who divided the jury chaired by Sam Mendes

Paradise turns our thoughts once again to the Holocaust 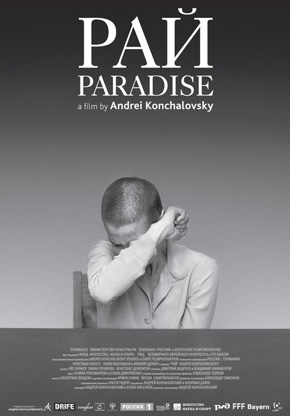 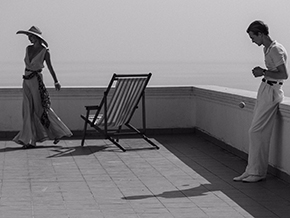