In Bambara secret societies there are five levels of initiation, which establish where a person comes from, where they’re going, who they are, their place in the cosmos, and finally, their place in society. The latter is symbolised by the dog, the Wùlu [+see also:
trailer
film profile], which is also the title of the debut feature by Malian director Daouda Coulibaly, a very good genre film that follows a young cocaine trafficker on the up and up in a region of Africa (Mali, Guinea, Senegal, Niger) that serves as a hub for sending the white Colombian powder to Europe.

Unveiled in its international premiere in the Discovery section of Toronto, this French executive production (co-produced by Senegal and Mali) is nonetheless not only a very powerful film about African gangsters, which have never been brought to the big screen before now and reflect multiple cinematic representations and variations of the full-throttle underworld of international drug smuggling.

There’s also a real sense of authenticity to Wùlu, which portrays a deeply corrupt Malian society in which extreme poverty and the temptation of money, a symbol of power, seals people’s fates, with materialism crushing everything in its path and creating a hopeless void in which local youths self-destruct.

It all starts in June 2007 in Bamako, where Ladji (played by the very talented Ibrahim Koma, who rose to prominence in 2013 in La Cité rose [+see also:
film review
trailer
film profile]), who is 20 years-old and left disappointed when he doesn’t get the job of collective taxi driver that he so desires, turns to crime and offers his services to a small-time ‘boss’ he knows. His first mission is to drive a van full of meat and fitted with a cache full of cannabis, to Dakar, and bring back a van load of fish plus the illegal extra of two kilos of cocaine. Deft, inventive and cautious, Ladji very quickly climbs up the ranks of an organisation secretly run by a French entrepreneur (Olivier Rabourdin). After six months of to-ing and fro-ing to Guinea, where Ladji makes the acquaintance of the ‘Colombian’ (Quim Gutiérrez) who acts as a relay in the trafficking business, he’s put in charge of "the route to the North and Timbuktu, and well-armed, as if the military checkpoints are informed of the 4x4’s passage, the desert can be tricky." With deals around every corner, business runs along nicely, but blood is flowing and his partners – who used to be his friends – disappear from the picture, as Ladji now sees himself as one of the nouveau-riche (with a villa, pieces of art, a motorbike, a quad bike, and parties and local high-society engagements to attend to, etc.) along with Aminata, his sister, who is ruthlessly ambitious (played by singer Inna Modja). But a military coup in Guinea puts an end to the business. So Ladji decides to start his own business, in cahoots with the Colombian. But the price for doing so turns out to be very high, as he’s now looking at 700 kilos of coke…

Built on a solid screenplay (written by the director), which allows the plot to develop quickly and fluidly (most notably through the use of temporal ellipsis), Wùlu strikes a very good balance between the action of its story and a relative restraint in the way it broaches the violence. A well-adjusted balance which is also very much down to the rather puzzling character of Ladji (and the endearing actor who plays him) and a general feeling of well-documented truthfulness that flows through the inescapable and ‘classic’ archetypes of genre film, used effectively here.

Produced by Parisian company La Chauve-Souris (which was also behind The Pirogue [+see also:
trailer
film profile], unveiled in Un Certain Regard at Cannes in 2012) and by Senegalese company Astou Films, Wùlu received funding from, among others, the CNC’s Aid for World Cinema Fund. International sales of the film are being handled by Indie Sales.

Standing out among the auteurs selected to participate in the writing residency adapted to the current health crisis are Lukas Dhont, Daouda Coulibaly and Jan Czarlewski

The Noir in Festival starts back up in Milan and Como

The 26th edition of the festival will continue from 8-14 December, after moving from Courmayeur, with the Raymond Chandler Award going to Roberto Saviano and world premieres

The Road to Mandalay emerges victorious at Amiens

The Golden Unicorn has gone to Midi Z’s film, while Hedi picked up two awards, The Park snagged one and Wùlu took home the Audience Award 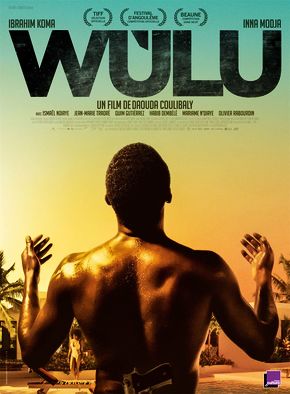 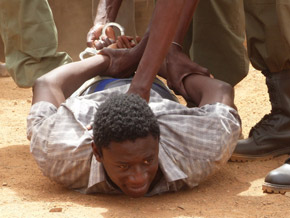 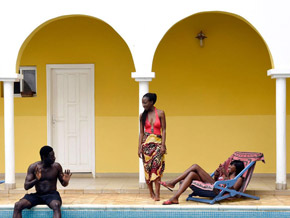 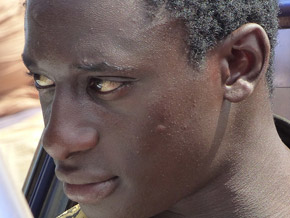