Deliver Us: The unnerving proof that reality is more powerful than fiction

Every now and then, horror films about gory exorcism cases show up in cinemas, many of them trying (and some succeeding) to re-invent the efficiency of the ultra-classic The Exorcist. But no matter how bloody or how “inspired by true events” they are, these films are obvious works of fiction trying to scare the audience with their savage imagery. Italian director Federica Di Giacomo’s documentary Deliver Us [+see also:
trailer
film profile], winner of the Orizzonti Award at this year’s Venice International Film Festival, explores several exorcisms conducted by Vatican-approved priests.

What is amazing about Deliver Us is the unprecedented access that the filmmaker got both to the church, where specialised priests perform exorcism Masses, but also to the lives of those sporting mysterious symptoms as soon as they enter a holy place, hear a prayer or are touched with holy water. Is it a mental disorder? Or are these persons truly victims of demonic possession? The documentary doesn't take sides, and the director is very careful not to interfere with what happens in front of her camera. The result is truly disturbing, even haunting, suggesting that reality is not far behind the imagination of screenwriters.

Written by Di Giacomo and Andrea Sanguigni, the documentary opens with a quote from the Book of Job, in which Satan boasts to God that he has been roaming the earth. He must have reached Palermo, too, the documentary suggests from its very first sequence, as a woman seated on a chair in a chapel flooded by light starts contorting as soon as the priest touches her with his stole. The woman howls in a screeching voice: “She is mine, she is mine!” The scene has nothing of the dark atmosphere of horror films, but the horror is there nonetheless.

Deliver Us surprises us as it suggests that, at least from the church’s point of view, ailments of the soul are treated exactly the same as those of the body. Father Cataldo, an exorcist priest from Palermo, is presented like a surgeon: sought by flocks of believers for advice, his meeting hall looks like a hospital emergency room. Some cases are treated immediately; others are postponed. A gesture of his hand can be as efficient as a scalpel, excising a trouble of the soul as if it were a tumour. In another sequence, priests attending an international conference on exorcism calmly discuss over lunch the difficulties of their trade.

Even those suffering from demonic interferences talk about their problems as if they have a certain illness. “I have Asmodeus,” says a man talking about an infamous demon of lust who can twist people’s sexual desires. But coming from his mouth, the assessment is as harmless as if he were saying, “I have psoriasis.”

The camerawork by Greta De Lazzaris and Carlo Sisalli is incredibly unobtrusive, but Deliver Us is not content to only observe the people around: Di Giacomo succeeds in showing not only the priests’ actions, but also the deepest concerns of those treated by them. Intimate conversations bring context and feeling to an already touching situation.

Deliver Us was produced by MIR Cinematografica with the support of RAI Cinema, and was co-produced by Paris-based Opera Films and France 3 ViaStella. The film is handled internationally by True Colours.

more about: Deliver Us

The spotlight territories are Central Eastern Europe and Benelux, the selection includes two guest projects from Baltic Event and DOCSP Brazil, and a new award has been announced

The 3rd edition of Milano Industry Days set to go ahead

The 3rd edition of the Milano Film Network initiative, which includes two days of professional pitching and networking, is due to take place from 4-5 December 2017

Deliver Us wins the top award at Astra

Among the other winners were documentaries from Poland, Romania, Israel and China 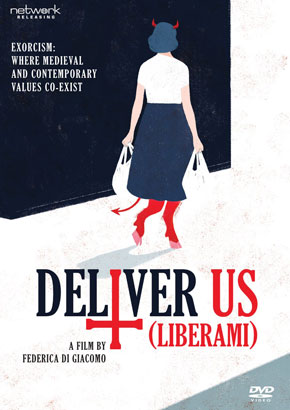 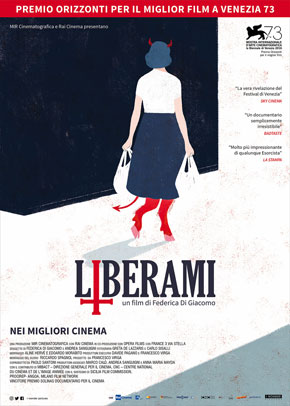 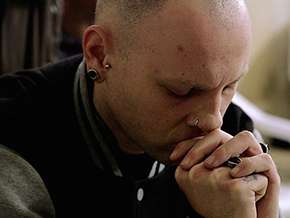