The Giant: The heady heights of determination

Johan Kylén and Christian Andrén in The Giant

The premise of The Giant [+see also:
trailer
interview: Johannes Nyholm
film profile] is unusual, to say the least. Swedish filmmaker Johannes Nyholm’s first full-length feature, screening in the official competition at the 64th San Sebastián International Film Festival after enjoying its global premiere at the 41st Toronto International Film Festival, shoots off in many directions all at once: it’s a highly realistic portrait of a man afflicted by physical deformity and all that it entails; it’s a story of individual triumph in the form of a pétanque tournament; and it’s a fairy tale bursting with life, symbolism and colour.

The jack (the small ball that pétanque players try to hit with the larger, metal boules) in this taleis Rikard — a 29-year-old man born with a genetic malformation affecting his entire body, but especially his face.  A moving “elephant man”, Rikard lives in a home for the mentally disabled (he also suffers from autism, which prevents him from communicating normally), and outside its walls he discovers the one thing that can help him to move forward with his life: a love of pétanque. Together with his friend Roland, a kind of all-round defender and protector, he happily gets involved in the games organised by a local sports club, which has its sights set on the impending Scandinavian tournament. But even pétanque can hold hidden dangers for someone like Rikard (admirably portrayed by a masked Christian Andrén). In the film’s first sequence, Rikard is hit on the head with a metal boule, sending him straight to hospital.

It is here that Nyholm’s imaginative cocktail of reality and fantasy begins to flow freely: even in the opening scenes, beginning with a shot of the pétanque balls on the terrain, we get a sense of the subjective gaze of the “giant”, who strides across the tundra, seeing everything that lies 50 metres below in vibrant, saturated colour, in total contrast to the dull grey of the city. This giant is Rikard, whether in his mind or in reality; a being capable of achieving the impossible while trying to heal the scars of a traumatic past. We learn that, soon after his birth, he was separated from his mother, who was diagnosed with psychosis and now lives hidden away in a flat that she shares with a cockatoo.

Rikard’s story follows him as he moves from these tragic events all the way to his goal: the finals of the pétanque competition and the climax of the film. Nyholm deftly weaves together his central theme and the various sections that make up the film, displaying an inventive and energetic creative drive as well as great affection for his focal character. As a result, The Giant is an intoxicatingly heady and emotional film — as well as enormously erratic, moving, infuriating and much more. Just like Rikard’s journey, it is a film with (gigantic) highs and (profound) lows.

more about: The Giant

"I always wanted to become a clown or a magician"

A multi-award winner with his short films, Swedish director Johannes Nyholm has had a promising start to his feature film career with The Giant

“People get shocked and moved, and many just sit there in their seats after the ending”

With his second feature, Koko-di, Koko-da, Johannes Nyholm explores grief and claustrophobia with the help of a nursery rhyme in a truly nightmarish setting

CANNES 2018: We talked to Tehran-born director Ali Abbasi about his sophomore effort, Border, based on a short story by John Ajvide Lindqvist

The French company is selling the film by Czech director Adam Sedlák, which will have its world premiere in Karlovy Vary’s official competition 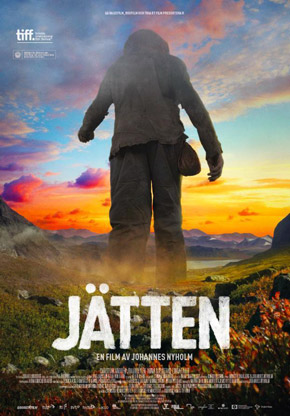 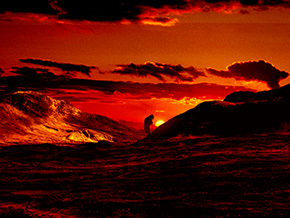 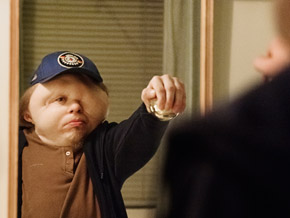 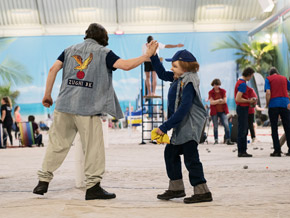 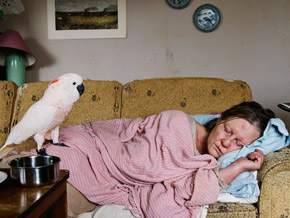 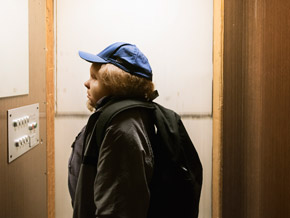