27/09/2016 - Fulvio Bernasconi, a director from Ticino who trained at the ECAL in Lausanne, returns to fiction with an elegant and celestial film about violence and redemption

Mercy [+see also:
trailer
interview: Fulvio Bernasconi
film profile] by Fulvio Bernasconi, which had its world premiere in competition at the Zurich Film Festival, is an inward-looking and relentless journey into the mind of a man who believes he has lost everything. After Out of Bounds (2007), which was selected for several Swiss and international festivals, like the Locarno Film Festival (where Michele Venitucci won the Leopard for Best Actor) and the Soluthurn Film Festival, Fulvio Bernasconi returns to fiction with a stylistically powerful film with unexpected twists and turns.

Swiss Thomas spends three months fishing on his own in Quebec. On the day he comes back, he winds up at the scene of a road accident: Muk, a young native American boy from a nearby reserve is lying on side of the road, the police has been there a while but there’s nothing more they can do. The driver fled, leaving Muk to his tragic fate. Although Thomas should go home, he decides to stay in Quebec, promising Muk’s mother that he will find the man responsible. Who is this discreet and taciturn man who’s willing to abandon everything to help a family he barely knows? What’s hiding within him and what does his decision, which strangely resembles martyrdom, entail?

Fulvio Bernasconi, who wrote the film with the help of Antoine Jaccoud (the co-screenwriter of Home [+see also:
film review
trailer
interview: Kacey Mottet Klein
interview: Thierry Spicher
interview: Ursula Meier
film profile] and Sister [+see also:
film review
trailer
interview: Kacey Mottet Klein
interview: Ursula Meier
film profile] by Ursula Meier), brings us a fascinating and emotionally violent piece in which the complex feelings of guilt, forgiveness and acceptance are skilfully combined. Mercy is an aesthetically imposing drama in which the boundless landscapes of Quebec, imbued with a rugged and course beauty poles apart from the postcard cliché, echo the inner world of Thomas (played by a surprising Jonathan Zaccaï): desolate and arid, on the brink of explosion. A terrible mistake made in the (still too recent) past means he can’t look at himself in the mirror, as if his very image weren’t worthy of being reflected. Thomas allows himself to lose his way, geographically but above all mentally, in the majestic Canadian landscapes, like a solitary cowboy in search of redemption. The desolate and apparently endless roads become the backdrop for a manhunt in search of a hypothetical epiphany that will wash away all his sins. Thomas wants to grant Muk’s killer the forgiveness that he was denied, as if the only way for him to be reborn were to accept his crime. Mercy flows along with false levity, elegant and glossy, and it is this very aesthetic detachment (with marvellous photography by Filip Zumbrunn) that makes the film strong and credible. The director manages to avoid falling into the trap of exasperated pathos by limiting himself to hinting, through silent images, sparse dialogue and close-ups of the character’s faces, at the unease that grips them. Thomas’ story becomes the pretext for broaching other key themes: racial tensions, marginalisation, poverty and self-acceptance. His fate becomes the fate of an entire community (the Abitibi), a community of native Americans who, like him, must come to terms with a present that would see them wiped out. Mercy is an extremely well-calibrated film, striking the perfect balance between formal elegance and violent reality.

Mercy was produced by PointProd, 1976 Productions, Dolce Vita Films, KNM and RTS, and is being distributed in Switzerland by Outside the Box.

"The harshness of this man’s physical and psychological journey"

Interview with Swiss filmmaker Fulvio Bernasconi, who’s back with Mercy, which is being shown in competition at the Les Arcs European Film Festival

The jury of the Saas-Fee Filmfest, which has now reached its fourth edition, awarded four movies that focus on tenacious characters grappling with difficult decisions 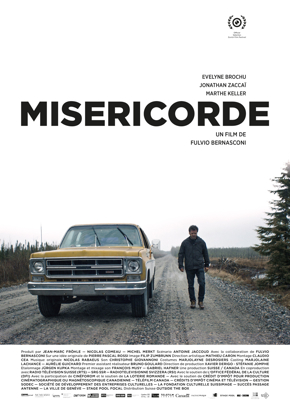 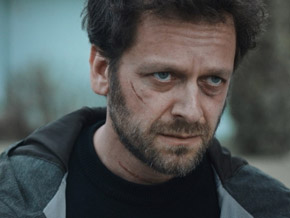 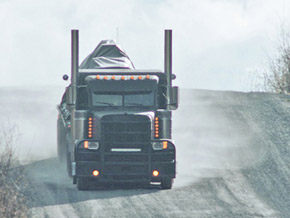