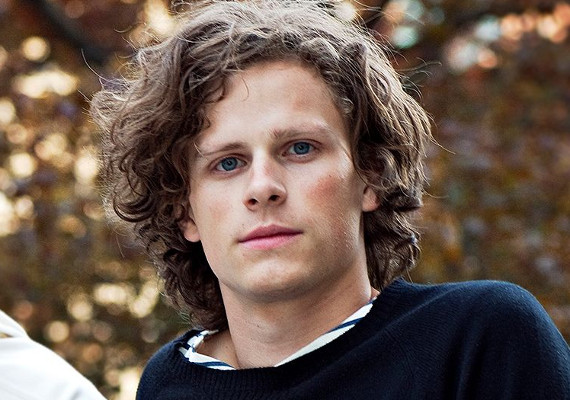 Swedish director Hannes Holm, whose comedy-drama A Man Called Ove [+see also:
trailer
film profile] (2015) generated almost 1.8 million domestic admissions – enough to take third place in the all-time charts – and is currently representing Sweden in the race for the Oscar nomination for Best Foreign-Language Feature, will turn his hand to capturing the life of Swedish singer-songwriter and musical icon, Ted Gärdestad, on film.

Swedish actor-musician Adam Pålsson (seen most recently performing in Guerilla and Danish-Swedish TV series, The Bridge) will star as Gärdestad, whose break-through in the 1970s is unprecedented in Swedish pop history. He was well known for his collaboration with ABBA – Benny Andersson and Björn Ulvaeus produced his first album Wonderings (1972), for which Agnetha Fältskog and Anni-Frid Lyngstad provided backing vocals. Gärdestad represented Sweden at the Eurovision Song Contest in 1979; and committed suicide in 1997, at 41. After his death his music grew in popularity in Sweden, and, in 2009, Universal Music Group released the eight-CD, 91-track box set, Quite Close to You – Collected Albums. In 2010, a number of his original recordings entered the digital charts, four decades after their first release. The design for the new Swedish National Bank’s coins is based on the theme of song Sun, Wind and Water.

“Gärdestad’s life and music have touched me and many others deeply, so it feels amazing to have the opportunity to make a film about him. It is filled with love and music, but will also address the painful moments in his life; altogether I am sure it will move a wide audience,” Holm said. The director is working with Gärdestad’s brother Kenneth Gärdestad to realise the project. “Pålsson is an excellent choice, and I look forward to seeing him convey the vitality and joy of life that Ted stood for,” he added.

Credited for the award-winning biopic about Swedish singer-actress Monica Zetterlung, Waltz for Monica [+see also:
trailer
interview: Edda Magnason
interview: Per Fly
film profile], Swedish screenwriter Peter Birro has scripted Holm’s film and will work with the director alongside Waltz for Monica’s production team of Lena Rehnberg and Cecilia Forsberg-Becker, of StellaNova Film, in collaboration with Nordisk Film, TV4, Universal and Swedish regional film centre, Film Väst, which will host most of the shoot outside Stockholm. The film’s domestic premiere is set for 2017.