06/10/2016 - With his first feature film, Belgian-based French director Jean-Philippe Martin takes on an enthralling challenge: the portrayal of sound in images

Jean-Philippe Martin, a French-born, Belgian-based director, has made a name for himself with his short films, Bbbrrrroomm and Lapin aux Cèpes. With Sonar [+see also:
trailer
interview: Jean-Philippe Martin
film profile], presented at the Namur International French-Language Film Festival in the competitive section for the best debut feature, he has crafted a stunning work, full of feeling, where hearing and listening, both to others and the world around us, allow us to reconnect with ourselves and re-establish contact.

Thomas is a seemingly disillusioned sound engineer, like a prisoner of the daily grind, in which almost nothing surprises him anymore, and even less leaves him enchanted. When, by virtue of a tepid coffee in a pallid rest area off the motorway, he crosses paths with Amina. Or, rather, Amina breaks into his car, and into his life. Amina, fed up with the way her boss treats her, fleas during the fracas. She begs Thomas to take her in, just for one night. She has no papers and nowhere to go, but only needs just a day or two to get her life in order. Amina sets herself up in Thomas’ recoding-studio home. Little by little, she commits herself, taking an interest in Thomas’ work. In spite of himself, and thanks to Amina, Thomas begins to find joy in his work again. As well as the recordings he makes for money, Thomas also creates stunning soundscapes. Eventually, he lets Amina coax him into the idea of making one about her, and discovers the difficulty of her immigrant past. Despite the relationship that begins to flourish between them, Amina leaves suddenly when Thomas fails to support her. Her departure sends shockwaves through Thomas, who leaves for Morocco in search of her. In an attempt to find a trace of her, he listens to the recordings he has made, and discovers that Amina has lied to him. Thus the object of his quest changes: no longer is he searching for the Amina who lied to him, but the real Amina, the person she hid from him. This biographical quest turns into a true voyage of initiation for Thomas, who discovers that, by listening to others and the world around him, he begins to hear himself.

With Sonar, Martin has set himself an intriguing challenge, that of portraying sound through images. The film begins with a voiceover, a story we later learn is part of a recording. The voices are of particular importance, and Martin dares to use black to give pride of place to the voices we hear, and, paradoxically, create images. “My head is filled with images” Amina exclaims as she listens to Thomas’ soundscapes. The director plays with the delay between sound and image, increasing the number of off-screen dialogues. His two protagonists seem to have little sense of conversation and communication, and it is only through the filter of a microphone that they are able to open up, even if they must sometimes look for the truth behind the veneer of lies. To find himself again, Thomas had to uproot himself and remove himself from his surroundings, brandishing his microphone and holding it between him and the world, as though he were a conduit for meaning.

Baptiste Sornin brings life to the character of Thomas, whose obstinacy we see at the beginning slowly gives way to a greater openness and yearning for the world. Eminé Meyrem brings all her energy and enthusiasm to the role of Amina, all the while hinting at flaws that Thomas will quickly wish to learn more about.

Sonar is produced by Hélicotronc with Offshore and Proximus on board as co-producers. The film has received backing from the Wallonia-Brussels Federation, MEDIA development and the Limousin Region.

We caught up with director Jean-Philippe Martin, whose first feature film, Sonar, goes on release in Belgium

LOCARNO 2017: Hélène Cattet and Bruno Forzani return with a highly psychedelic and hallucinatory film about cops and corrosive thuggery

With his first feature film, Belgian-based French director Jean-Philippe Martin takes on an enthralling challenge: the portrayal of sound in images

Safe bets, firm favourites and revelations, from Quebec to Cambodia via Belgium and Romania, are all on the cards for the 31st edition of the festival

Vania Leturcq explores the sparkling brilliance of friendship, fleeting in its very nature, providing a backdrop for a talented pair of actresses, Constance Rousseau and Jenna Thiam 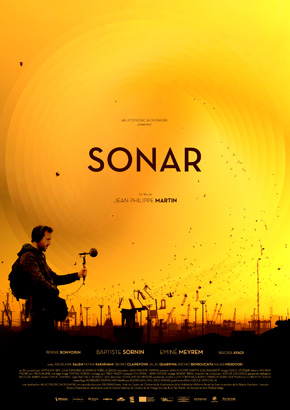 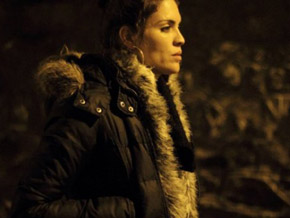 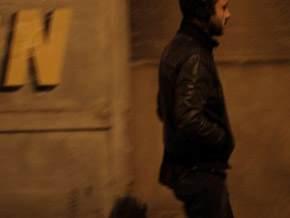 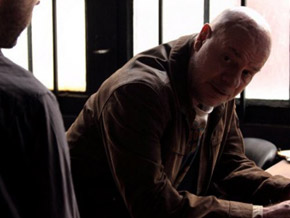