Charleigh Bailey and Seána Kerslake in A Date for Mad Mary

A Date for Mad Mary [+see also:
trailer
film profile] is a tender but fierce Irish drama infused with loads of comedy, directed by Darren Thornton and competing in the First Feature Competition at the 60th BFI London Film Festival this week.

The film's opening scene presents us with Mary, a blasé and tomboyish young girl, being released from prison. At the same time, a solemn voice-over professes the important things we should know about Charlene, in the thickest Drogheda accent you have heard on screen in a long time, or maybe ever. Charlene, as we will learn over time, is Mary's closest and only friend, with whom she grew up and spent all her time. In fact, the first thing Mary asks her mum when she comes to pick her up is if Charlene is coming to greet her. This obsessive wish to spend time with Charlene permeates the whole film, but the truth is that Charlene is getting married, and the last thing she has on her mind is… Mary (except when she needs her help to organise the wedding). When Mary realises that Leona, Charlene's new best friend, gets a plus one to the even for her boyfriend, she decides she should have one too, and sets out to find a man by going on a series of dates.

What follows are some hilarious moments with her Polish matchmaker and a quick succession of Mary's failed dates. None of them are suitable, and Mary herself doesn't really fit in. Her bluntness and no-bullshit attitude go against what society expects from her, to be a girly, gentle woman in search of stability with a man. This frustration and repressed anger is expressed violently, and we know that her propensity to get into fights all too easily ultimately brought her to prison. It’s a past she tries to brush off, but that follows her, being given the nickname of “Mad Mary”. It is only when she meets Jess, the girl hired to film the wedding, that she seems to find someone she likes to spend more time with. Over the course of their encounters, her hardy manner gives way to her vulnerability, and the two get closer and discover they might have been looking in the wrong direction.

The film truthfully portrays aspects of Irish life, and shines when it denounces the superficiality of a deeply heteronormative society, which is the ultimate obstacle to Mary's emancipation. Although the film is embedded in a local setting, A Date for Mad Mary will no doubt resonate widely with audiences around the world as a tale of friendship and love. Seána Kerslake and Charleigh Bailey, who play Mary and Charlene, are remarkable in their portrayal of young girls trapped by societal conventions, with which the film brilliantly plays to achieve a very human and touching coming-of-age story.

A Date for Mad Mary is produced by Element Pictures in co-production with the Irish Film Board, the Broadcasting Authority of Ireland and TV3, with the support of the MEDIA programme. Its UK Distributor is StudioCanal.

more about: A Date for Mad Mary

Valeska Grisebach's Un Certain Regard title won both the main award, the Propeller of Motovun, and the FIPRESCI Prize

More than 200 films being showcased at Off Camera

Dedicated to independent film, the tenth edition of the festival gets going today in Krakow, boasting a wide-ranging programme that audiences will be able to discover until 7 May

A Date for Mad Mary wins Best Film at IFTAs

The Siege of Jadotville picks up three awards 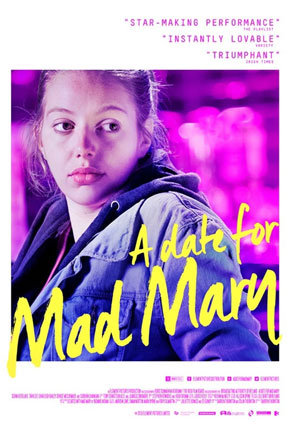 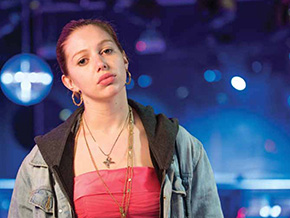