12/10/2016 - With a story featuring the contrasting paths of Captain Cousteau and his family, Jérôme Salle has made an adventure film set on the high seas

Ever since he released Anthony Zimmer (2005), Jérôme Salle has carved out a niche for himself, setting himself apart from the plethora of French directors. Neither a pure craftsman of arthouse cinema, nor a depersonalised creator of action films or popular comedies, he has chosen to tackle the international scene, an ambition that generated box-office success with Largo Winch [+see also:
trailer
film profile] (2008) and Largo Winch II [+see also:
trailer
film profile] (2011) and even saw him direct an English-language film, Zulu [+see also:
film review
trailer
making of
film profile] (the closing film of the 2013 Cannes Film Festival). His aspirations have not wavered, but have increased in scale, with his latest film The Odyssey [+see also:
trailer
film profile], which was released in French cinemas today by Wild Bunch Distribution after having closed the San Sebastián Film Festival. The film is a blockbuster that captures the life of a fanatic of discovery and exploration of the seven seas, a whirlpool into which he dragged his family, something that would not be without consequence.

The film begins in 1948, in the coves of Var, where lieutenant Jacques-Yves Cousteau (Lambert Wilson), who has just invented a diving suit allowing its wearer to breathe underwater, is with his wife, Simone (Audrey Tautou), and their children, Philippe and Jean-Michel, sharing with them the joy of diving beneath the ocean’s surface, the admiration of the stars and his dreams of expeditions into the mysterious of the deep blue sea that covers such a vast portion of our planet. These dreams soon become reality, following his decision to leave the navy, the purchase and renovation of the Calypso ("an extravagance" made possible by Simone, who sells all her jewellery), the formation of a passionate crew and the support of the French Institute of Petroleum who provide fuel for the ship in exchange for rock samples from the Gulf of Oman, a zone “infested with sharks and as hot as the fires of hell”. The first of a number of compromises for Cousteau (who opened up the way for offshore drilling), which would shortly be followed by another: leaving his children in a French boarding school, “abandonment” that Philippe struggles to live with.

On his boat, the years fly by and Cousteau’s fame grows, notably as a result of co-directing The Silent World, winner of the 1956 Palme d’Or, with Louis Malle. After a brief timeskip, Philippe (Pierre Niney) joins his father on the Red Sea in 1963. He recklessly participates in his father’s film shoots. Cousteau carries out these shoots alongside his laboratory work inventing new equipment (the bathyscaphe, the midget submarine, scuba sets, etc.), as a result of contract he signed to direct 12 movies for US television. But a shift slowly takes place, and the story of marine conquest begins to focus on the man doing the exploring, the character of Cousteau himself, as he becomes more self-obsessed and selfish, his focus is turned to projectors and money, penning screenplays of his voyages, cheating on his wife and becoming totally disinterested in ecology. This attitude drives Philippe away, and leads him to part with his father at Cape Town in 1968, with the two failing to reconcile until 1972 in Ushuaia, as Cousteau’s business is struggling and the explorer realises he must change the scope of his media work, focussing it on environmental protection.

Masterfully navigating its way between individual saga and familial tale, spectacular images and an intimate script, The Odyssey doesn’t dig too deeply, so as to preserve the audiences’ empathy for its characters. Emphasising, instead, the continuation of a long-term plot with all the making of an epic, the film seems to be wise to the tastes of some, but, nevertheless, offers a grand voyage, full of surprises, which will, no doubt, appeal to the masses.

Produced by Fidélité and Pan Européenne, with notable co-production partners, such as Belgian outfit Versus, the film is sold internationally by Wild Bunch.

more about: The Odyssey

Lambert Wilson plays the general in Gabriel Le Bomin's film, set at the beginning of WWII, mixing the historic and the romanesque and charting a military debacle as well as the revelation of a destiny

François Civil and Joséphine Japy topline the filmmaker’s third feature, which is being produced by Mars Films and Zazi Films

The event dedicated to the union between film and landscapes will this year take place in two parts in different locations. The competition will feature seven international titles

The 21st edition of the ColCoa ("City of Lights, City of Angels") festival will take place in Los Angeles between 24 April and 2 May

Luc Besson’s film is the most expensive feature film in the history of French film, with EuropaCorp behind three of the top 10 French films with the biggest budgets of 2016

Jalouse for David and Stéphane Foenkinos 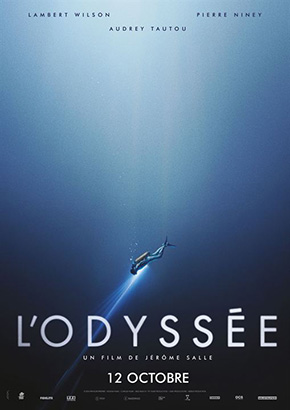 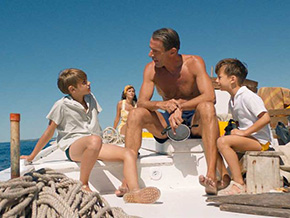 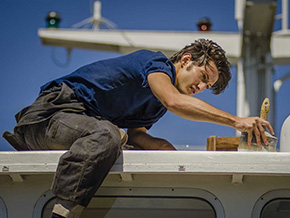 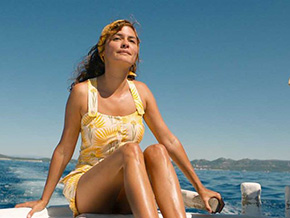