At War with Love, Forrest Gump lands in Sicily

14/10/2016 - Pif directs and stars in a dramatic comedy with a historical setting, one of the pre-opening films of the Rome Film Fest

Pif and Andrea Di Stefano in At War with Love

The first selfie in history was taken in 1943 by a young Italian waiter in New York, at least according to the fictional At War with Love [+see also:
trailer
making of
film profile], by Pierfrancesco Diliberto (Pif), one of the pre-opening titles of the Rome Film Fest. The 44-year-old writer and television personality directs and stars in the film as Arturo, the waiter in the selfie, in a dramatic comedy with a historical setting. The year is 1943, and Arturo is in love with beautiful fellow Italian Flora (Miriam Leone), who is however promised to the son of a New York mafia boss. The girl’s father lives in a small town in Sicily, and to ask his permission for his daughter’s hand in marriage in person, Arturo’s only option is to enlist in the American army, which is preparing to travel to the island to fight nazifascism.

Charged with the task of tracking down lieutenant Philip Catelli (Andrea Di Stefano), who has top secret information, private Arturo is literally dropped into Sicily from a helicopter atop a donkey. Therein begins a series of adventures that lead the slightly naive protagonist and his love story through History with a capital ‘h’, like a sort of Forrest Gump (who is explicitly mentioned in the final scene) or Alberto Sordi in Mario Monicelli’s Oscar-winning film The Great War. Pif develops the effective mask of a simpleton, almost a Shakespearian fool, with the merit of easily reaching the young generations that go to the cinema, communicating powerful and sophisticated ideas.

These ideas concern something that has been well-documented over the years in all its drama: the landing of the allied forces in Italy in 1943 was born from a close alliance between the United States and the Sicilian mafia, which started with the collaboration of Lucky Luciano, one of the established leaders of the American underworld. Indeed, the allies had to make the locals approve of them, gather information and basically find a way forwards with the help of the criminal network whose power Mussolini had so strongly limited. The criminals were rewarded with significant political roles, and among them were the future leaders of Cosa Nostra. This alliance deeply marked the future of the entire country. Pif’s film is further strengthened by a real document, recently uncovered in London, which is shown at the end of the film: the “Scotten Report”, which demonstrates that some Americans sensed the danger of this “deal with the devil”.

Pif renews the commitment he made with his debut film The Mafia Only Kills in Summer [+see also:
film review
trailer
interview: Pierfrancesco Diliberto
film profile] of 2013, which he also wrote with Michele Astori and Marco Martani, a film that reconstructs the bloody criminal reign of the 1970s to the 1990s in Palermo. At War with Love is a sort of prequel, shot with ironic and paradoxical tones, evoked by the many Sicilian actors of the film. He doesn’t achieve the great corrosiveness of a master like Ettore Scola, to whom this film is dedicated, but Pif certainly has a great skill for gently reaching his audience.

At War with Love is produced by Wildside with Rai Cinema and hits Italian theatres on 27 October with 01 Distribution.

more about: At War with Love 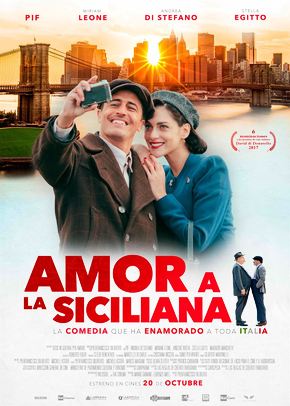 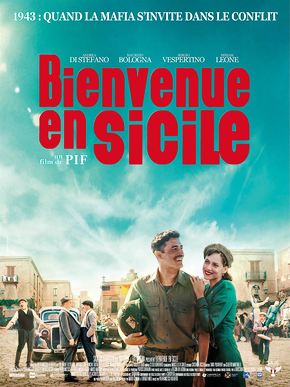 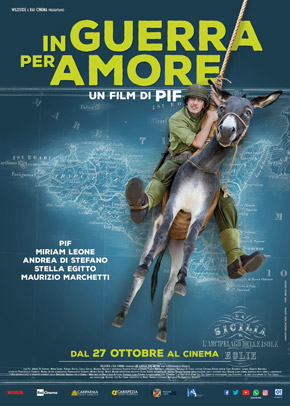 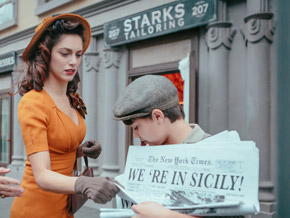 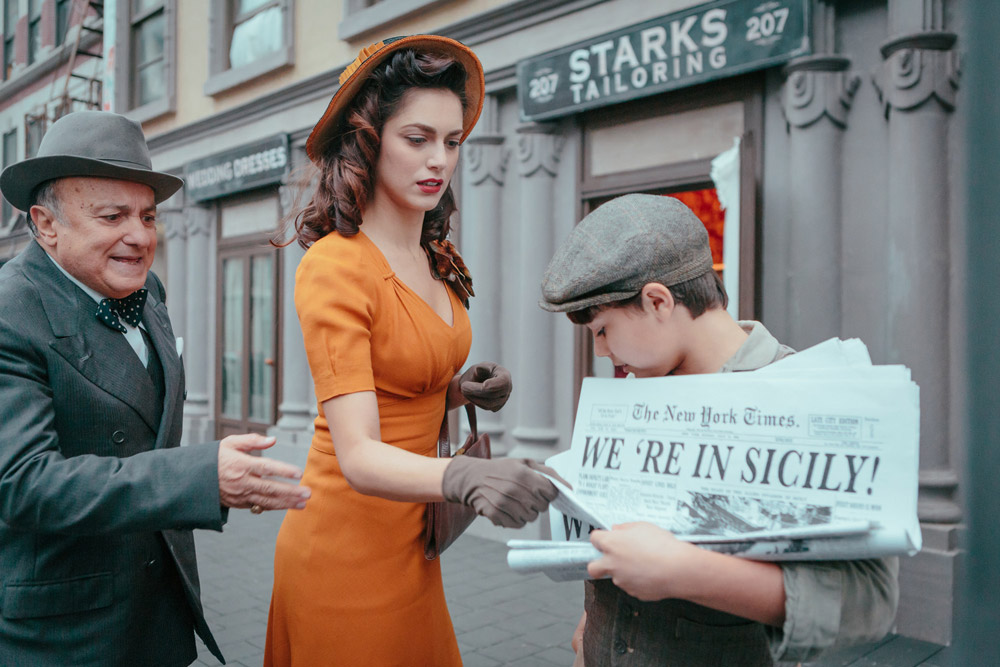 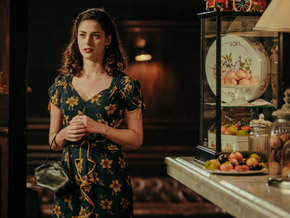 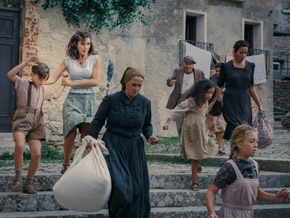 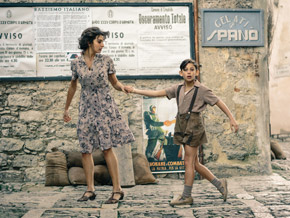 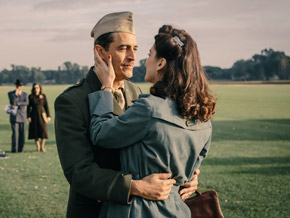 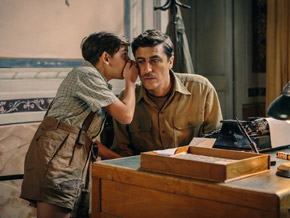