17/10/2016 - Daniele Vicari presents his fifth fictional film at the Rome Film Fest, a simple and dramatic story of survival set against the backdrop of everyday life

“Give me three words, sun heart love” goes the chorus of a famous Italian pop song from the early 2000s. Here the line has been taken up by Daniele Vicari as the title of the piece heralding his return to fictional film four years on from Diaz – Don’t Clean Up This Blood [+see also:
film review
trailer
interview: Daniele Vicari
film profile] (in the meantime he directed a documentary, The Human Cargo [+see also:
film review
trailer
film profile], and co-directed a mockumentary, UnoNessuno). It is a title that is on the one hand surprising, and on the other misleading, as Sun, Heart, Love [+see also:
trailer
film profile], which was presented in the Official Selection of the 11th Rome Film Fest, is anything but a sentimental comedy, and shares very little of the levity of the song. “They’re three simple words that convey the passions and desires of our everyday lives, but with a subtle veil of melancholy”, explains the director. And ‘simplicity’, ‘everyday life’, are the key words of this film, the story of a modern-day heroine who we see going about her everyday life, bending over backwards to support a family of six.

Vicari draws us into the routine of Eli (Isabella Ragonese), who is in her early thirties, has four children, and is married to a husband (Francesco Montanari) who is very loving but hopelessly unemployed. So it’s up to her to support her family, and to do it, she wakes up at 4:30am everyday and goes to work in a bar two hours away from home, only returning late after 10pm, seven days a week. She does it with a smile on her face and a spring in her step, twirling through the metro like a ballerina, moving behind the bar as if on stage, even though she’s only had four hours sleep. When she leaves the house early in the morning, she crosses paths with Vale (Eva Grieco), her best friend, who has a life that’s diametrically opposed to that of Eli and is returning home at that time of day. Single and a dancer, she’s chosen to follow her passion, and even though she’s underpaid and works with sleazy managers, she performs in clubs, trying to practise her art even if it is in a place where few really appreciate it.

The monotony of Eli’s life, as we follow her everyday movements, always the same, and her return home, when the children are already asleep, is interspersed by the happenings of Vale’s life: her performances, her sexual uncertainty and the problems she has with her self-righteous mother. And it is this very parallel between the two women’s lives that at times seems a little contrived: it distracts the viewer from the more interesting story, that of Eli, which would stand alone with the strength of a story by Ken Loach or the Dardenne brothers, set in a social context that sees even the most tyrannical of employers (in this case the bar owner, played by Francesco Acquaroli) fall victim to a system that grinds them down.

We see Eli running herself into the ground, losing her health, working increasingly hard. The camera follows her in this downward spiral, starts to blur the images and amplify the sound. Vicari recounts this story of ordinary sacrifice (“It’s not a film about those left behind by society”, he explains, “but about the lives of 90% of society, unfortunately”) without making the characters into victims or rhetoric: the protagonists aren’t unhappy, they enjoy life as they can, even when times are hard. But there are no superheroes in real life, and it is precisely those who are strongest, those who think they can do everything and push past their own limits, that risk succumbing.

Produced by Fandango with Rai Cinema, and supported by the Lazio Region and the Italian Ministry for Cultural Heritage and Activities and Tourism, Sun, Heart, Love will be distributed in theatres by Koch Media in early 2017. Fandango Sales is handling international sales.

The first to be made while working from home during the lockdown of 2020, Daniele Vicari’s film is a technically accomplished experiment and an act of artistic resistance

The three actors/directors will receive the Wind of Europe Award at this year’s edition of the festival, which takes place from 24 July to 2 August on the Pontine island

From 6 to 9 July there will be meetings, masterclasses and world and national premieres straight from the Cannes Film Festival. Tomorrow the focus will be on Fabio Grassadonia and Antonio Piazza

There is a Light: The dreams you’re not brave enough to dream

Fabio Mollo’s second film is an emotional on-the-road movie that ponders the future, fatherhood, and borders in and against nature. Starring Luca Marinelli and Isabella Ragonese 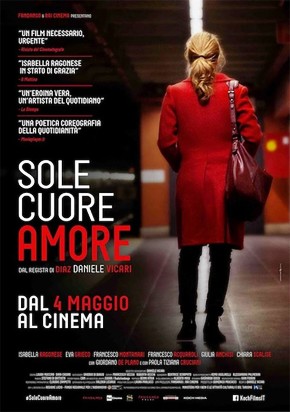 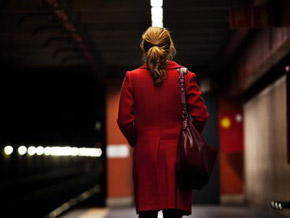 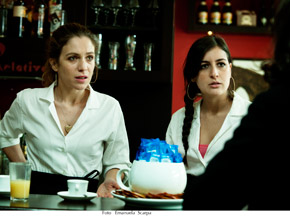 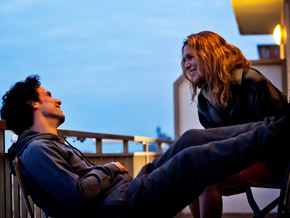