The Saint: An examination of the pressures of masculinity in a crisis-torn country

Marius Repsys in The Saint

Lithuanian filmmaker Andrius Blazevicius’ first feature The Saint [+see also:
trailer
interview: Andrius Blazevicius
film profile], a social-realist drama about the everyday life of an unemployed man, world-premiered in the 1-2 Competition of the 32nd Warsaw Film Festival. Set in a provincial town in Lithuania in 2008, it tells the story of Vytas (Marius Repsys), who gets laid off from his position as a factory mechanic at a time when jobs are scarce. His family's welfare, which must now rely on only half of his usual income, is not the only issue, as Vytas’ self-image is crucially dependent on his role as the family provider.

The Saint is therefore as much a critique of the bureaucratic and inefficient social systems in place that are powerless against the blow of unemployment dealt by the structures and workings beyond the influence of a single country, as it is an examination of the social (and internalised) pressures of masculinity. While the social worker lectures the job-seekers on presenting themselves as well-dressed and confident, even if they are neither well-off nor happy, but rather poor and depressed, Vytas finds himself utterly incapacitated by the absurd demands of job interviews and prospective employers. Finding comfort in affirming his masculinity in body-building, drinking beer with his best friend and flirting with a young hair-dresser, he seems to be falling deeper and deeper into a downward spiral of self-delusion that works as a defence-mechanism, while at the same time marvelling at the delusions of a YouTube video, in which a local man proclaims to witness Jesus Christ appear in their town.

What The Saint leaves out in terms of narrative, it states between the lines with its images. Its attention to Vytas’ body, metaphorically conveying both the vulnerability of his nakedness and his efforts to keep his masculinity intact, by showing him work out obsessively during his aimless afternoons at home, flexing his muscles and parading around in his tight underwear, is definitely its strongest point — elevating what would otherwise be a fairly conventional film into a melancholic examination of the plight of an individual caught between the remnants of past social roles and new economic circumstances.

The film is produced by Lithuanian outfit Ciobreliai and Polish company No Sugar Films.

more about: The Saint

“Saints are generally victims in one way or another”

Andrius Blazevicius’ debut film, The Saint, an ironic drama that takes a close look at the 2008 financial crisis, was unveiled at the 32nd Warsaw International Film Festival

Frost nominated to represent Lithuania at the Oscars 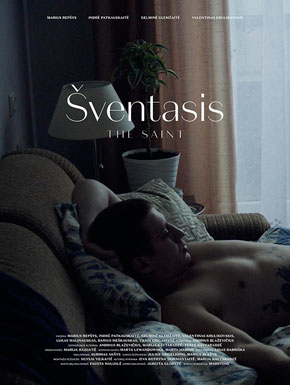 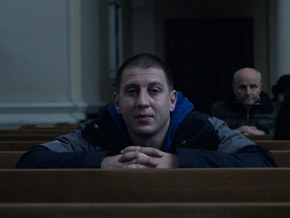 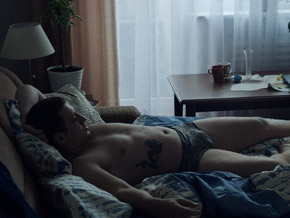 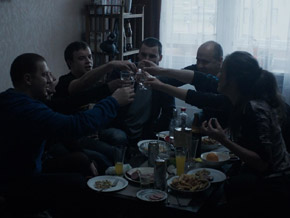 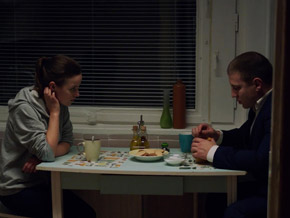