Having made a splash with his feature debut, Mushrooming, which was unveiled at Karlovy Vary in 2012 before being screened at Toronto and representing its home country at the Oscars, Estonia’s Toomas Hussar has this time abandoned the deepest countryside and instead whisks us away to the darkest nooks and crannies of the city of Tallinn, where he chose to set The Spy and the Poet [+see also:
trailer
film profile], a strange story of espionage and counterespionage being shown in the Eastern Selection section of the 17th Arras Film Festival.

Toying skilfully with a highly stylised cinematic style based around atmospheres that ooze with a cold, grey gloom, the director rolls out a sophisticated narrative mechanism, breathing life into that twilight zone where everything seems to be under control and yet where everything is constantly just about to spiral out of control, as reflected by the film’s two main characters, the spy Gustav (Jan Uuspõld) and the poet Miku (Rain Tolk).

A recovering alcoholic, the lonely Gustav leads a depressing single life while his team of Estonian intelligence officers monitors and attempts to pinpoint the local contacts for the Russian secret service. But in the end, it’s the enemy who comes to him, in the form of the beautiful Nala (Lana Vatsel), a Gypsy sent by the Russians to seduce the person they believe to be the weak link in the enemy organisation. Although it doesn’t take long for him to uncover the ploy, Gustav’s superiors still force him to let the infiltration go ahead in order to lure in the bait and potentially discover the enemy’s plans. The two sides therefore keep a very close eye on this "romantic idyll" (through such means as double agents, photos, Russian cameras and microphones in the flat, whose signal gets intercepted by the Estonians, and so on); but this relationship nevertheless proves to be problematic for both sides because it is slow to take shape, given how Gustav’s emotional autism erects an insurmountable barrier in the face of the impetuous Nala’s cautious approaches (“There’s no chemistry between them”, “He doesn’t look at me at all”, “I can’t; he’s ugly and really strange”). This situation is extremely tough for Gustav, as he is on the brink of imploding under the huge pressure of his mission’s hedonistic objective (“Just enjoy life!”), and things will take on unpredictable dimensions when he comes into contact with poet Miku, an alcoholic artist who lives in a squat and who suddenly pops up in this story like a mysterious bull in a china shop...

Exceedingly meticulous in terms of its edit and the way it builds up an overbearing atmosphere thanks to the fine lighting work by DoP Rein Kotov and some ingeniously stripped-back sets, The Spy and the Poet possesses a unique character that helps the movie delve furtively and skilfully into the topic of interchangeability and the question of Estonian identity. And even if the screenplay seems a little hastily put together in the final part, this reinterpretation of the traditional John Le Carré-style spy game, with an interesting spin where all of the secrets are laid bare for all to see, attests to the qualities of a filmmaker to keep a close eye on.

more about: The Spy and the Poet

The Berlin-based international sales and production company is adding the Georgian director’s new film, that is set to be launched in early 2017, to its catalogue 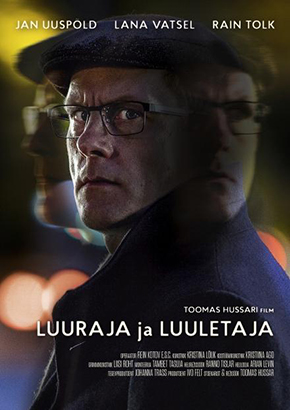 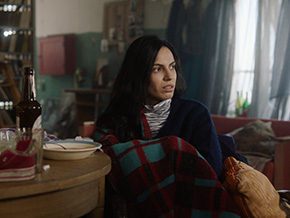 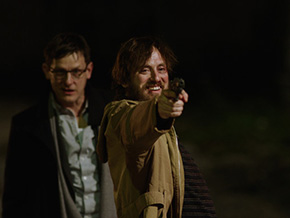