Waldstille: Finding the lost key to his life

09/11/2016 - A blunt and unembellished film of great quality for Dutch director Martijn Maria Smits, with a great role for Belgian actor Ryckewaert

There’s a very unique category of films that absolutely can’t afford to put a foot wrong, those that broach subjects that have already been explored countless times on screen. By deliberately placing themselves in the impossibility of being able to demonstrate their worth through the flurry of their plots, these films are powerful in revealing the raw talent of filmmakers in mise en scène, in creating delicate nuance, in being sensitive, and in the art of directing their actors. This is the exact case, in a very positive sense, in Waldstille [+see also:
trailer
interview: Martijn Maria Smits
film profile], the second feature film by Dutch filmmaker Martijn Maria Smits after C'est déjà l'été (revealed in competition at Rotterdam in 2010).

Premiered in the New Directors section at San Sebastián and screened in competition this week at the 17th Arras Film Festival, the film is a dazzling demonstration of the promising qualities of a director from the world of documentary film, who has successfully transposed his know-how to fiction with rather remarkable precision, most notably through a sharp sense of the power of images, the rhythm of the sequences and the tempo of silence. A gift for observation accompanied by a good (and unpretentious) command of the frame that allows him to tell a relatively classic tale (against a backdrop of guilt, a man tries to win back the right to see his child) with a very personal dimension.

Once again delving into the theme of family, which was also at the heart of C'est déjà l'été, Martijn Maria Smits wrote the screenplay for Waldstille (together with Lenina Ungari) in three parts, with a gap of a few years separating the first from the second part. It all starts in the height of summer for Ben (Belgian actor Thomas Ryckewaert) and Tinka, young parents who leave their young daughter Cindy with her grandparents so that they can really make the most of their local carnival, followed by a night of partying. The alcohol is flowing, Ben tops himself up with coke, and after arguing and then making up, the pair are involved in a car accident which sends Tinka to her grave and Ben to prison. Freed two years later, he settles down with a job on his parents’ farm. He wants to see Cindy (Zinsy de Boer), but his parents-in-law bluntly refuse ("you killed my daughter, you’ll never see her", "you’re no longer welcome here, my life is a living hell and I’m going to make yours a living hell too. You think you’ve already been punished?", "she doesn’t know you, you have no future here, you’ll ruin her life"). A barricade that Ben nonetheless tries to break through in various ways, most notably with the help of his sister-in-law (Jelka van Houten)...

Plumbing the depths of more than credible social realism (the world of pig farming), Waldstille is just as deft at diving into the characters’ psyches, striking a good balance between a certain sense of restraint in emotional expression and digging deep into the inner pain of the characters. A subtle perception of the power of human quiverings that gives huge value to looks and gestures (particularly during the final meeting between this father and his daughter), and lends great charm to the film in spite of its underlying dramatic charge. Ever-present on the screen, Thomas Ryckewaert charismatically takes hold of the golden role given to him by Martijn Maria Smits, an undeniably talented filmmaker whose next feature is already awaited with great curiosity.

"I want the audience to make their own story"

We caught up with Dutchman Martijn Maria Smits, the director of Waldstille, at the Arras Film Festival

Stranger in Paradise: A blunt and honest look at Europe and refugees

Guido Hendrikx's feature debut, which recently won an award at Biografilm, is an unflinching essay film walking us through refugee asylum hell in a classroom exercise

It’s all about the music at Aubagne

Besides three mouth-watering Belgian premieres (Mon Ange, This Is Our Land and Lost in Paris), the festival continues to scour the cinemas of the world to present love in all its guises

Waldstille: Finding the lost key to his life 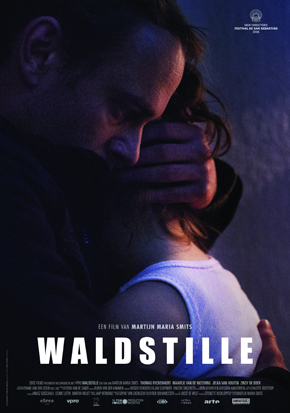 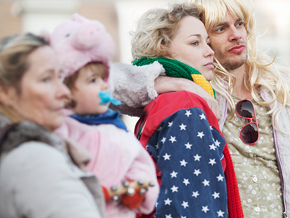 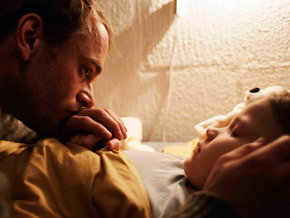