The Field: The courage of a people stripped of their identity

Almost ten years on from the moving Time of Closure (which was awarded, among others, the SRG SSR Award for Best Swiss Film in Critics’ Week in Locarno), the head-on portrayal of an AIDS patient at the end of his life, Mehdi Sahebi turns his gaze back onto a hidden and painful reality: that of Cambodian peasants, driven away by the power of their land.

The Field [+see also:
trailer
film profile], which had its world premiere at the Duisburger Filmwoche where it won the Förderpreis der Stadt Duisburg, allows Mehdi Sahebi to extend his gaze and camera lens from the individual (Time of Closure) to the collective, condemning an absurd and cruel situation that is sadly becoming the norm. Guided by his curiosity as not only a director but an ethnologist, Mehdi Sahebi sets off on a long journey into the province of Mondulkiri in north-eastern Cambodia to meet its inhabitants, known as the Bunong (an animist ethnic minority), spirits of the forest, which to them is not only a source of sustenance, but above all an identity microcosm to be defended at all costs. Threatening the very identity of the Bunong are rubber production giants which, taking advantage of a corrupt government, have decided to drive them off their ancestors’ land to set up businesses that are certainly not interested in respecting the fragile ecosystem. Like hundreds of thousands of Cambodian peasants, Binchey, the protagonist in spite of himself of The Field, is gradually expropriated of his land. Forced to withdraw to the last arable patch of land he has left, he holds on with all his might to the only glimmer of hope left: that he can find other land to farm. It is a tenuous, faint flicker of light that follows our intrepid and fragile protagonist, and slowly but surely turns into darkness and terror, the terror of a future that he must build from scratch. But how? On what foundations?

What’s striking about The Field is the way in which Mehdi Sahebi transcribes the story of his protagonists, Cambodian Don Quixotes who become embroiled in a cruel game of power in which none of them know the rules. Mehdi Sahebi uses their vocabulary (verbal as well as body language), to try to give a name to the suffering that afflicts them. Collectively, together with a group of Bunong captained by Binchey, the director shows the tormented everyday reality of his protagonists, their convictions and their fears, trying to reconcile a past and a present that seem to have been torn apart, stripped of the spatial temporal continuity represented by the forests. Like an unexpected shot of medicine, film penetrates reality to give the protagonists of The Field the chance to analyse the (new) reality that surrounds them, to reconsider the past and try to make sense of the future. Without dressing up his intrusion but, on the contrary, making it explicit (Binchey tries to convince his fellow citizens of the importance of participating in this artistic film project), Mehdi allows viewers to reflect on not just the situation facing the Cambodian peasants, but also (and perhaps above all) the very construction of a documentary film, with all its contradictions and utopias. The Field is a pertinent and modest demonstration of the importance of laying claim to your identity, in life and on screen.

more about: The Field

The Field: The courage of a people stripped of their identity 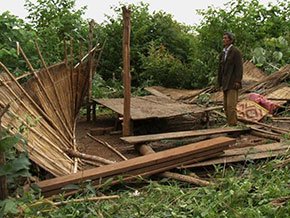 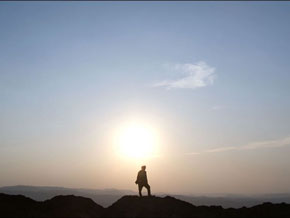 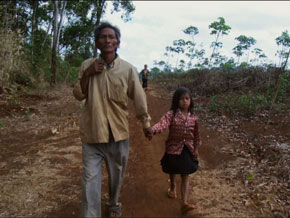 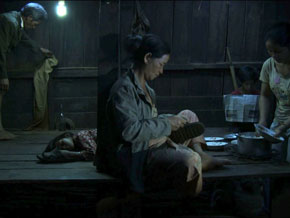